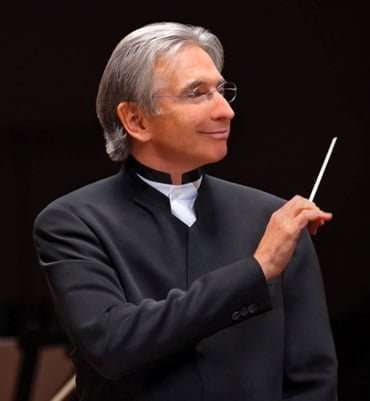 Mahler’s Seventh Symphony has long been his most misunderstood work. Both scholars and critics, refusing to accept the unifying musical elements in the work as sufficient to warrant considering the Symphony a well-structured whole, have criticized it as incohesive and lacking in a conception that would unify its diverse movements. In an attempt to find such a connective, the concept of ‘night’ has been used as the ‘subject’ of the Symphony, extrapolated from its two “Nachtmusik” movements, a few off-hand comments by the composer that suggest the influence of Rembrandt’s Night Watch and, further, his characterization of the finale as the advent of bright day.

Based mainly upon such skimpy evidence, the Seventh was even given the unofficial subtitle “Song of the Night”. But when one listens to the Symphony without projecting a night-theme upon it, too many contradictions and anomalies arise to justify ‘night’ as a unifying element. The first two movements contains too much bright and overtly demonstrative music to fit that image, although the first subject of the middle-movement scherzo has a mystery that might well conjure up an eerie scene, the carefree waltz theme that follows hardly qualifies as ‘night’ music.

In fact, as uncharacteristic of Mahler’s image as it may seem, it is his wry, droll and sometimes hilarious humor that pervades the Symphony. Replete with puns and witticisms that often mimic the music of other composers, such as Wagner, Haydn and Lehár, as well as Mahler himself, the Seventh may well have been an antidote to the tragic character of the Sixth.

From the shadowy opening with its shuddering rhythmic figure, which accompanies the strangely distorted theme played by the rarely-used tenor horn, to the mimetic rendition of Wagner’s Meistersinger march-theme in the finale, Mahler’s Seventh should elicit some wry smiles and a chuckle or two on the way to its rousing conclusion.

Although the San Francisco Symphony played extremely well, a few miscues notwithstanding, Michael Tilson Thomas’s reading was too overwrought, emphatic and deliberate to bring out the humorous aspects. The performance began in fine fettle, with a splendid tenor-horn solo performed by Timothy Higgins, principal trombonist. But as the extended introduction moved toward the Allegro, MTT seemed intent on forcing each segment with so much emphasis that he seemed to be making some unfathomable argument about the music rather than interpreting it. Instead of gradually increasing the pace, he hurried into it five bars early, thus mangling the natural forward motion that Mahler clearly calls for. The vigorous first theme gives way to a sweeping second subject, virtually hurtling out its falling dotted rhythmic figure like a whipsaw. MTT imbued the highly stylized third theme, a caricature of romantic expressivity, with such effusive emotion as to make it sound excessively gushing. There were also awkward hesitations that undercut the fluidity of lyrical phrases; and a pervasive nervous energy. Although high-spirited and energetic, the music here seemed too attenuated and its various sections too segmented and uncoordinated.

‘Nachtmusik I’ began in fine style with the rufend and antwordend (call and answer) played by a pair of horns. But after the music began to swell with triplet figures and trills in the woodwinds, the switch from major to minor – an important Mahlerian trademark usually expressing tragedy – was completely swallowed up by the woodwinds’ rapid chromatic descent. Mahler was obviously spoofing his frequent use of this device, appearing here in rather whimsical guise. The conflation of waltz and march that begins the trio section had a nice light-hearted lilt, sounding cheerful and carefree. Woodwinds enhanced the curiously sunny character of this movement with a lustrous sheen and cheerful demeanor.

Mahler’s farcical contrast of a shadowy tarantella replete with swirling triplets against a happy-go-lucky waltz in the scherzo came through splendidly. The spooky character of ascending triplet runs with emphasis on the third beat punctuated with darting single-note intrusions had just the right effect of “things that go bump in the night.” The sudden shift from the plaintive Slavonic tune in woodwinds to the waltz theme, played quietly at first by the violins, seemed out of place, just as it should. When it recurs, with more heft and enthusiasm, the irony becomes more apparent, which MTT Thomas handled quite well. At the end of a flailing sequence of descending thirds in the woodwinds, the famous pizzicato, marked fffff, played by the cellists and double bassists by bouncing the string off the fingerboard, was played twice, as did Leonard Bernstein, even though only the first one is so marked (the second is fff ).

MTT set a moderate tempo for ‘Nachtmusik II’, Andante amoroso, somewhere between the relatively brisk pacing of Horenstein, Boulez and Rattle and the more loving tempo of Bernstein. But MTT’s tempo seemed unsteady, not quite sure whether to emphasize the lighter aspects of the serenade theme (clarinet) or the more lyrical idea stated initially by horn. Too often the music’s warm, graceful lyricism was cooled by harshly abrupt tempo changes and too much fuss over details. Mahler’s marvelous touch of adding guitar and mandolin to reinforce the serenade-like character went for naught, these instruments all but buried. The marvelous resonance on the trio’s opening theme was soon overshadowed by MTT’s insistence on speeding up the pace, even when Mahler calls for it to be held back.

The finale opened with gusto. Yet MTT kept pushing the tempo through much of the first subject’s caricature of Wagner’s Meistersinger. The minuet subject is a perfect foil for the stentorian march music. But again the conductor suddenly shifted to a faster tempo, undercutting the contrast between march and minuet too soon (later they invade each other to such a degree that their distinctive characters became confused). Too much nervous agitation, unremitting tension and brisk pacing made much of this movement seem contrived, thereby undercutting its humor, especially Mahler’s puckish treatment of Lehár’s Merry Widow waltz. The extensive series of false or interrupted cadences that prolong the conclusion of the Symphony fell flat when rushed through. Mahler’s final pun, a reversal of the usual closing of a ‘romantic symphony’ with a crescendo on a sustained leading chord that ends in a stroke on the tonic chord was also subjected to MTT’s revisionism: he made the chord into a reverse swell into the finale stroke, thereby completely ruining Mahler’s witty conclusion.