The Scottish Ensemble began with ‘early’ Britten, his three Divertimenti for string quartet, first heard in 1936 (in Wigmore Hall) and played here as arranged by Jonathan Morton, an effective transcription of rapaciously inventive music incisively played, the sad little ‘Waltz’ at the centre seeming to link hands to a movement from Leonard Bernstein’s much later Divertimento for Orchestra. 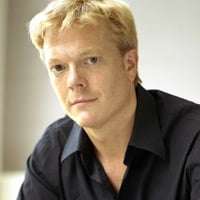 The players of Scottish Ensemble having introduced themselves as vibrant, committed, unanimous and intensely music – qualities that lasted the evening – Toby Spence joined for Finzi’s transporting “Dies natalis”. Spence’s plangent tenor is ideal for this music and fitted well with the 12 string-players’ unsentimental, acerbic-sounding commentary whose hushed inwardness began to probe the music to telling effect. Only in ‘The Rapture’ was tempo slightly misjudged in being too fast (and this is the cycle’s only quick music) and losing some rhythmic point. Otherwise, Finzi’s ‘mystery’ was movingly performed, Spence sometimes inducing the rhetoric of a preacher, his ringing top notes evangelical if rather strident (in this acoustic) and covering orchestral detail. The many intimate sections were very affecting, though, aided by Spence’s careful enunciation of the text that was also ardent in its narrative and in profound sympathy with Finzi’s ineffably beautiful music.

Finzi’s Romance though is not top-drawer, an uneasy mix of introspection and breaking-through radiance; ‘darkly pastoral’ might describe it best but the music doesn’t open up as the best Finzi can do.

The performance was a fine one, though, as was that of Walton’s Sonata for Strings, the composer’s 1972 arrangement of his String Quartet of 1947 (effectively his second example in the genre given his uncharacteristic first was long-lost and then found). This, too, isn’t Walton quite at his most inspired (although the quartet original has an intimacy that is more convincing). The problem with the Scottish Ensemble’s performance, however estimable, is that 12 string-players simply isn’t enough. Walton arranged the work for the Academy of St Martin in the Fields and Neville Marriner and it would be fascinating to hear, say, the full strings of the LSO and André Previn tackle it. At the Wigmore, the piece seemed less inspired than it can be (when played as a quartet), the slow movement unduly protracted (and relying too much on references to the earlier ‘melancholic’ Andante of the First Symphony). For all that Walton’s rhapsodising and distinguishing spiky rhythms were rendered unfailingly, the ‘halfway house’ timbres rather negated the length of the work.

An opportunity to re-evaluate will come when this recital is released on the Wigmore Hall’s CD label – essential for Toby Spence – the audience playing an important part by sitting, listening and providing little intrusion. Scottish Ensemble returns to Wigmore Hall (not a ‘the’ in sight!) on 24 January for a Tribute to Paul Sacher through music of Stravinsky, Strauss and Bartók. Another recording?