The above listing is as supplied by Albion Media 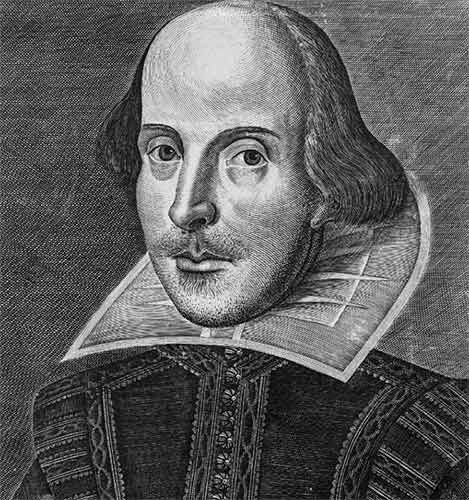 A capacity audience greeted the climax of the London Philharmonic Orchestra’s Shakespeare400 project. Forming the backbone of this Gala Concert (on the anniversary of the Bard’s death, in 1616) was music intended for stage and screen (and the concert hall), that traversed tragedy to comedy, and interleaved with readings. Many of the musical choices were standard issue, others less familiar, Simon Callow and Vladimir Jurowski creating an impressive variety and juxtaposition of numbers. Operatic excerpts were performed in an unbroken span, which worked well even when taken from different Acts. The RFH stage did double duty as theatre pit and as a spot-lit platform for readers and soloists. Most effective was the momentum achieved through the virtually uninterrupted sweep in part one, during which Verdi segued seamlessly into Berlioz, then Prokofiev, before reaching Vaughan Williams via Tchaikovsky. A snapshot, but suitable for the occasion.

Jurowski was an inspiration, directing the musicians with energy, clarity and well-judged tempos. He coaxed some wonderfully dark playing from the strings for Tchaikovsky’s rugged portrayal of Hamlet (Fantasy Overture), evoking a particularly forbidding aspect to the castle at Elsinore. Romeo and Juliet was served well with an incisive account of Prokofiev’s ‘The Dance of the Knights’ (from the Ballet) – strings relishing that striding theme with superb unanimity and with a beguiling flute solo in the central panel. In the second half, Mendelssohn’s ‘Wedding March’ (from his music for A Midsummer Night’s Dream) was no leisurely stroll up the aisle but a brisk romp. Despite the contributions of Dominic West (a clear-voiced Hal) and Callow (a less distinct Chorus), Walton’s Henry V music seemed overly long, not helped by variable microphones. The ‘Agincourt Song’ was lusty, the Glyndebourne Chorus and Trinity Boys Choir holding nothing back in their rejoicing, with the organ (James Sherlock) adding extra weight.

The evening began with the perfect curtain-raiser: the storm music that opens Verdi’s Otello. Ronald Samm, in the title-role, was peerless in his ‘Esultate!’ and Simon Keenlyside was no less impressive as Iago in ‘Credo in un Dio crudel’ (Act Two). An impassioned Kate Royal in the ‘Willow Song’ (Act Four) also made her mark. With no obvious stylistic jerk we shifted from a bedside scene in Verdi to part of the dream sequence in Berlioz’s Roméo et Juliette (‘Récitatif et Scherzetto’) where a fleet Toby Spence and a neatly articulated choral recitative charmed the ear. The concert’s first part concluded with Vaughan Williams’s Serenade to Music in a captivating performance from 16 (mostly blended) voices. Vesselin Gellev, provided further enchantment with his eloquent violin contributions.

Britten and Adès have made distinctive contributions to opera and in these selections fantasy darkens to the point of disturbance. In Britten’s A Midsummer Night’s Dream (Act One/scene one) the boys sang with excellent diction in ‘Over hill over dale’. From Adès’s The Tempest (Act One/scene five) Ariel’s ‘Full Fathom Five’ drew from Allison Bell a highly musical response in spite of its cruel demands. But it was Andrew Shore as Verdi’s Falstaff (Act Three/scene two) who crowned the evening with both resonance and comic timing – touching the sleeve of Jurowski, the antler-wearing Shore declaring “We are all figures of fun”.

This was a riotous end to a well-designed celebration, superbly executed. A further example from Mendelssohn’s music for A Midsummer Night’s Dream provided an extra item.