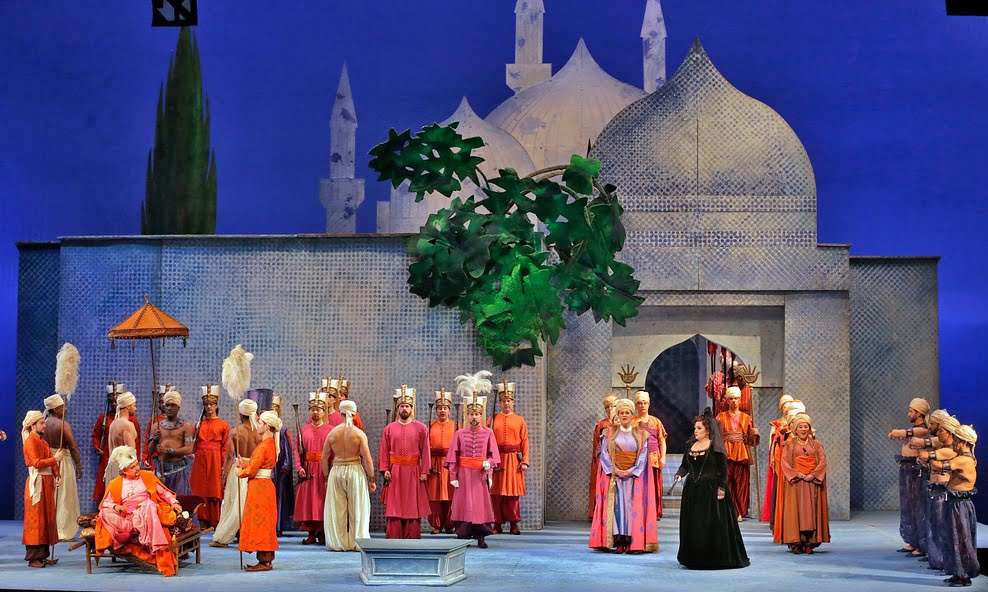 This opening-night performance of Die Entführung aus dem Serail (The Abduction from the Seraglio) ushered in the final Opera to be conducted by James Levine before his retirement as the Met’s Music Director. He has been battling health problems, but on this occasion he seemed in high spirits. His gestures free and energetic, Levine’s affinity for Mozart’s music remains undiminished, and he led a marvelous account – orchestra and singers breathing together in perfect synchrony – setting generally brisk tempos and drawing incisive playing, emphasizing the ‘Turkish’ flavor provided by bass drum, cymbals and triangle.

John Dexter’s venerable production, previously revived seven times since 1979, holds up quite well. Jocelyn Herbert’s stylized sets and attractive costumes – black & white for Konstanze and Belmonte, brown & russet for Blonde and Pedrillo, orange & red for the Pasha’s entourage – reflect the storyline’s eighteenth-century setting. Gil Wechsler’s lighting is effective as the action moves from day to night and, finally, having the square outside the Pasha’s palace dissolve to reveal Belmonte’s ship.

Die Entführung, which preceded Mozart’s three Da Ponte operas, intertwines its dual love stories with broad comedy, principally Osmin’s interactions with the other characters. Hans-Peter König was brilliant as the Pasha’s overseer, his acting and timing impeccable and his resonant expression maintaining its beauty across a wide range. As he gloats over the capture of the four Europeans and relishes their torture and death (‘O, wie will ich triumphieren’) his voice, contrasted by piccolo adornments, plunged to a low D to meet one of many vocal challenges. König’s Met debut, in 2010, was Sarastro in Die Zauberflöte: Osmin was a welcome return to Mozart following numerous Wagner roles. 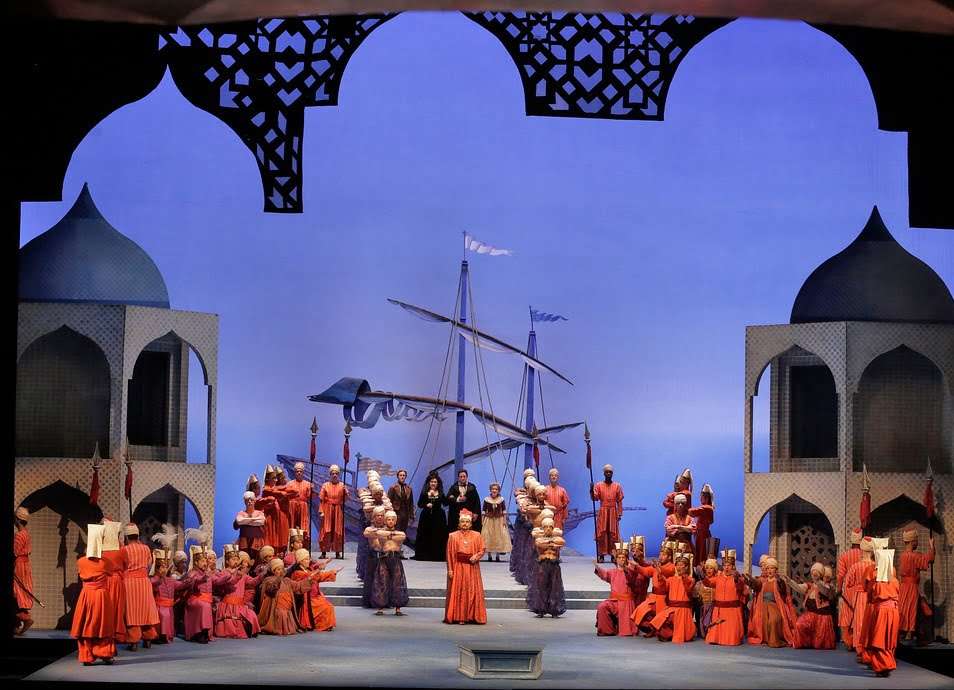 Albina Shagimuratova brought strength and flexibility to Konstanze’s arias – her sadness at having lost her beloved Belmonte expressed first to Selim and then to Blonde, and later daring Selim to subject her to torture (‘Marten aller Arten’). Her power at first overmatched Paul Appleby’s sweet if light tenor, but their voices came together beautifully during the quartet that ends Act Two and in their Act Three duet.

Of the other lovers, Kathleen Kim’s Blonde was the clear winner of the verbal battle with Osmin and had Pedrillo pretty well under her thumb. Her sparkling expression of joy upon learning of Belmonte’s arrival and plans for their escape was spectacularly sung. Brenton Ryan, making his Met debut, displayed a fine sense of humor as Pedrillo matched his intellect with Osmin’s. Pedrillo’s romance, ‘In Mohrenland gefangen war ein Mädchen’, was nicely rendered. In the spoken role of Selim, Matthias von Stegmann exemplified the Pasha’s caring and generous spirit.