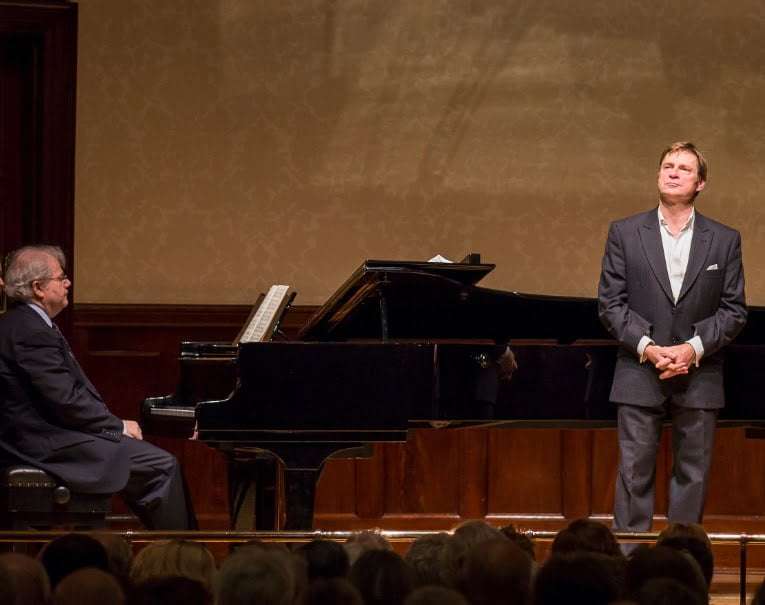 About ten years ago, when he was in his early forties, Simon Keenlyside sang and danced in a choreographed version of Winterreise, and there was a similar externalising of Schubert’s epic process of disintegration at work in this performance with Emanuel Ax at Wigmore Hall. And, as his recent Rigoletto had shown so impressively, there is a virile dynamism that defines Keenlyside’s style, even when reduced to vestigial histrionics as the Lieder-singer’s lovelorn-romantic edges towards the brink.

While this rawness gave an identity to the cycle as a whole, much enhanced by Keenlyside’s vivid clarification of Wilhelm Müller’s 24 poems and Ax’s equally engaged playing, I was surprised at a lack of psychological focus. The top of Keenlyside’s voice has a visceral edge, his head-voice can be hauntingly expressive, and his lower range, although now a bit gravelly, easily dives into deepest black, but in many of the settings his not-always beautiful accumulation of volume and hardness worked against their fleeting lack of resolution, giving them a shape at the expense of their dream-like qualities. It’s perfectly valid for Schubert’s increasingly despairing Wanderer to square up to outrageous fortune, but I didn’t get that highly-charged loosening of reality and increase of mystification. 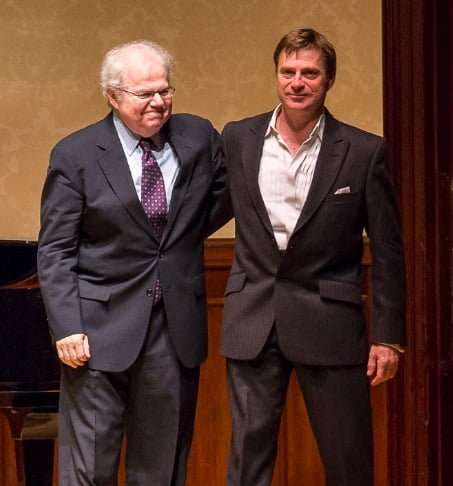 After a neutral ‘Gute Nacht’, which gave little idea of how the cycle would unfold, Keenlyside lightly etched in the bleakness of ‘Gefrorne Tränen’, given a dispassionate chill by Ax’s marvellously apposite playing. Keenlyside’s head-voice supplied a cutting anxiety to ‘Erstarrung’, but I longed for a drop in intensity in ‘Der Lindenbaum’, if only to signal the bitter contrast of ‘Auf dem Flusse’, in which the juxtaposition of crooning half-voice and blistering fury was too obvious. Keenlyside’s powerful presence saturated ‘Frühlingstraum’ with febrile potential, so expressive that I thought it and the heartbreaking start to the following ‘Einsamkeit’ would be the pivot-point of the cycle, but the momentum was lost in ‘Der Post’. The sinister surrealism of ‘Die Krähe’ stole out of Keenlyside’s momentarily hushed delivery, contained within Ax’s finely judged accompaniment, and they both dug into the alienation of ‘Im Dorfe’. Keenlyside further pared down his vocal strength in the last five songs, an even, pale tone pointing ‘Der Wegweiser’ towards the desolation of ‘Das Wirtshaus’, its chorale tune made all the more hallucinatory by the singer’s lightly applied vibrato, and he conjured a bewildered emptying of feeling in ‘Die Nebensonnen’ and ‘Der Leiermann’.

While I’m in thrall to the way Keenlyside possesses the songs, even more to his eloquent expression of vulnerability, which made the close of the cycle truly devastating, earlier on his sheer physicality as he moved around the platform became too interventionist, Keenlyside radiating a strong sense of being rather than its gathering absence as the Wanderer’s dreams turn to ashes.