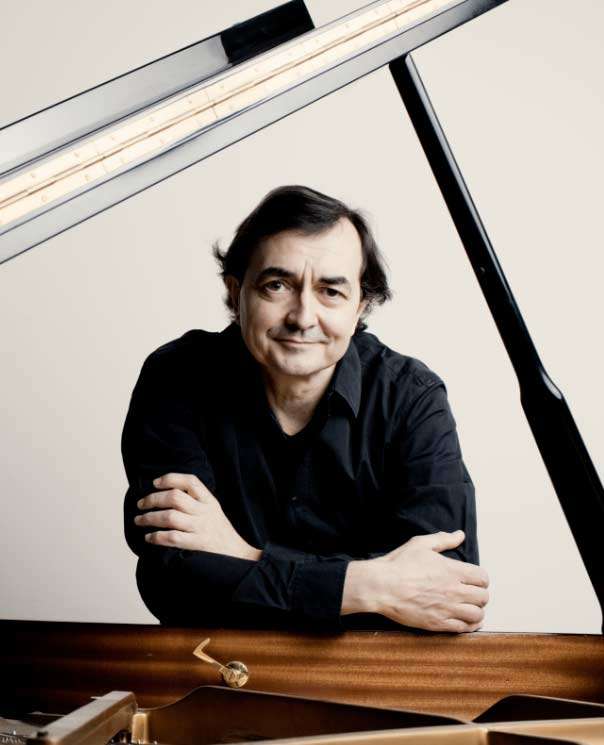 Brahms and Messiaen as composers are as much alike as chalk and cheese; and there seems little to connect Brahms – at best a resolute agnostic – with the Southbank Centre’s Belief & Beyond Belief festival, except perhaps that his largely abstract music comprises an ardent and possibly humanist search for meaning and emotional validity. One facet that does link the two musicians – both consummate pianists and composers for the piano – is their idea about compositional form and texture, particularly with respect to writing for that instrument, even if their styles are very different. Messiaen thought the timbral possibilities of the piano are more orchestral than the orchestra, and it has often been noted that Brahms usually seemed to have conceived of his chamber music in symphonic-orchestra terms, with the density and potential of his material seeking a rather broader canvas upon which to play itself out.

Possibly Brahms’s greatest piece of chamber music, the Piano Quintet, began life as a string quintet (which Joseph Joachim thought sounded too thin). Brahms then arranged the work as this Sonata for Two Pianos, before combining the characteristics of these two versions and settling on the Piano Quintet widely known today (though falling short of the full orchestral incarnation of which Clara Schumann thought the work capable). Inevitably one missed the sustained string sonorities of the final Quintet version and the corresponding contrast among its instrumental forces in this performance by Pierre-Laurent Aimard and Tamara Stefanovich, though that was hardly their fault; but far from resulting in a clattering, percussive rendition, their playing evoked dark lyrical beauty, not least in the brooding opening. The melody of the Andante was carried warmly and wistfully by Aimard, with a little rubato, but not so much as to make it sentimental, and complemented by Stefanovich’s delicate, tinkling accompaniment.

Both pianists charted a unanimously determined course through the Sonata – though not relentlessly driven – which emphasised its symphonic dimensions, not least in the more-vociferous account of the first movement’s recapitulation as compared with its (repeated) exposition, and in the demonic fury of the Finale’s conclusion. Surprisingly the Scherzo was fairly relaxed with its urgent, repeated triplet rhythm (the same as that of Beethoven’s Fifth) not too impulsive. Rather, that movement served as something of a lighter upbeat to the finale, whose introduction sounded, in this piano version and performance, like an anticipation of Schoenberg and Webern with its ambiguous, indeterminate harmonies. 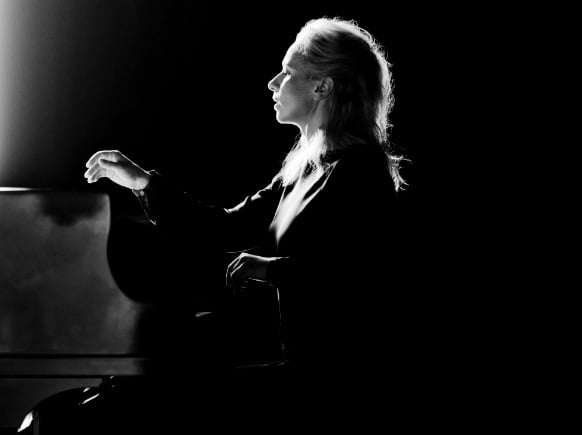 Aimard and Stefanovich then marked the onward passage of time in Messiaen’s sevenfold cycle Visions de l’Amen (1943) as compellingly as in the Brahms, albeit in a very different manner. On one count it depended upon their contrasts of tempo and mood among various sections, such as that between the mysterious hold the performers exerted over the opening ‘Amen de la création’, and, at times, the almost jazzy, rhythmic extroversion of the birds’ twittering of the ‘Amen des anges, des saints, du chant des oiseaux’.

On another it had to do with the appropriate contrasts in timbre and sonority which Aimard and Stefanovich effected, either across different movements or between themselves. Stefanovich assumed the part of the first piano – that written by Messiaen for his future wife, Yvonne Loriod, and which could be described as the work’s feminine aspect, as it frequently garlands the second piano’s tonally bolder, deeper material, with its arabesques, birdsong, and colourful etchings in the high keyboard register. Those embellishments encompass, variously, a bright metallic sheen, or a more yielding, fluid profile to evoke birdsong or something like droplets and splashes of water, but Stefanovich maintained exemplary rhythmic discipline.

Aimard played a role somewhat akin to the lower woodwind and brass of the orchestra with the solemn chordal theme of creation threading through the work, or the chant-like theme of the fifth ‘Amen’, though the latter evoked the lilt of a lullaby at first. Even in passages of a monumental, statuesque character Aimard brought out an impressively and musically blended sound rather than merely hammering out the notes, whether in the fully harmonised sequences of the ‘Amen du jugement’, or in the unison lines opening the ‘Amen des étoiles, de la planète à l’anneau’ – somewhat like the furious ‘Danse de la fureur, pour les sept trompettes’ of the contemporary Quatuor pour la fin du temps, but not as savage.

With their often rather different musical textures, Aimard and Stefanovich worked as one to delineate the structure of each ‘Amen’, sculpting the escalation and release of tension in every one, and coming together for a superbly ecstatic ‘Amen de la consommation’: its concluding massive chords long reverberated both back into the void of the cycle’s very start at the dawn of creation, and forwards into eternity. It was an enthralling account of Messiaen’s remarkable vision of the transcendent joy and freedom which can issue from the acceptance of spiritual, religious dimensions of experience which he felt lay beyond even the darkest depravities of manmade evil suffered in the terrible years of the Second World War when this work was composed.