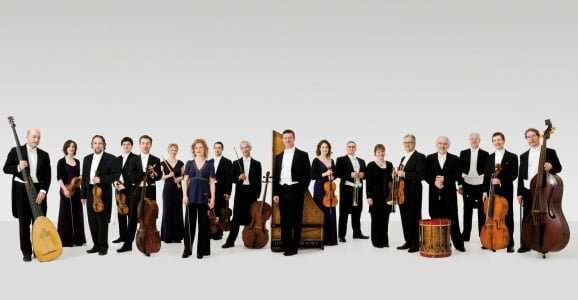 The English Concert’s programme of some delightful and little-known 17th-century music related to Christmas explored the notorious interface between French and Italian styles which played off against each other, as the court of Louis XIV sought political and cultural dominance over Europe. It was a missed opportunity not to feature the work of Lully – the pioneer of the authentic French style – in order to expose the irony of the fact that he was a native of Italy, and thereby demonstrate the rich fruits which result from cultural miscegenation.

Even so, the compositions performed gave manifest evidence of that. Dandrieu’s second Trio Sonata from his Opus One set betrayed the influence of Corelli in form and substance, but Harry Bicket’s interpretation bore the pungency of a French manner of delivery. So too did the performance of one of Charpentier’s Magnificat settings, built upon a mournful ground bass of four descending notes. The solo cello acquitted this unenviable task with expressive fervour such as to give the setting, overall, a sense of destiny inevitably fulfilled as Mary accepts her calling to become the mother of God. Owen Willetts, Nicholas Mulroy, and Giles Underwood seemed to take their parts more in the manner of a meditation rather than outward drama.

In retelling the story of Christ’s birth, the same composer’s motet In navitatem Domini might have called forth more of a dramatic realisation on the part of the soloists; a greater sense of historical reality was brought about, instead, by the instrumental interludes in setting a pastoral scene initially, and the balletic joy before the shepherds’ hurrying to the crib. Cecilia Osmond characterised the Angel effectively with an unforced way of singing, though the soloists otherwise worked better as an ensemble in the hymn-like devotional verses of poetry tacked on to the end of the motet, where the almost abstract, philosophical reflection of the words are set by Charpentier to some arrestingly intimate music.

Stradella’s Cantata per il Santissimo Natale is really a mini-oratorio and demonstrates the theatrical qualities inherent even in a devotional text from which the French composers of the grands motets surely drew inspiration. Unusually for a Christmas piece, Stradella’s Cantata places the historical events of the Nativity in the explicit context of a tussle between cosmic forces – a literary parallel might be John Milton’s Ode on the Morning of Christ’s Nativity, although in the Cantata it is Lucifer who rails against the Incarnation, not the impotent ranks of pagan divinities and idols.

Giles Underwood’s Lucifer was no monstrous caricature but a commanding figure issuing a convincing call to arms to attempt to defeat God’s plans. The other vocal soloists might have been more dramatically engaged, but Osmond and Rebecca Outram cultivated some beautifully seamless lines – particularly the former as the Virgin Mary in an arioso floated over some magically sustained passages in the strings, revealing Stradella to be a composer of considerable imagination. In the final chorus the soloists projected an apt sense of space and breadth as the words dwelt upon the universal import of the light of the Incarnation. That radiance often shone through in the accompaniments given by Bicket and The English Concert too.