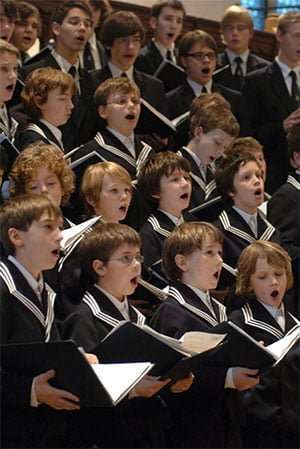 As part of Lincoln Center’s White Light Festival, the St. Thomas Boys Choir of Leipzig appeared at the Episcopal Church of St. Mary the Virgin in the heart of New York City’s Theatre district. It was a wise choice, for stepping from noisy Manhattan into this dimly lit large French Gothic edifice with its high stone columns, dark wooden pews and stained-glass windows, one entered a completely different and appropriate world.

The New York Times Magazine recently ran a long feature article under the title “Where have all the sopranos gone?”, explaining how the ever earlier onset of puberty was “reshaping” the legendary choir, which last year celebrated its 800th-anniversary. But even when one knows that most of the sopranos are going to be between the ages of 10 and 13, it still is startling to see small boys carrying big folders of music. Children they may be, but there was absolutely nothing juvenile about the concert. 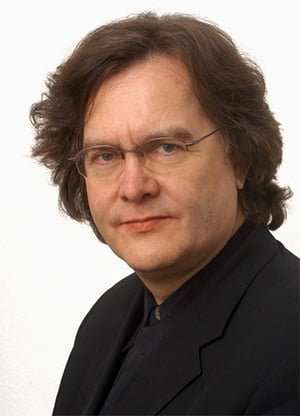 In Leipzig the Thomaner, as they are called in German, perform at least two different programs a week, and one immediately sensed that they are seasoned professionals.

The two Cantatas on the program were the work of a young Johan Sebastian Bach who had barely reached adulthood himself. Georg Christoph Biller, the sixteenth Thomaskantor to follow the composer and a former Thomaner, drew on singing groups of about 25 members in each case, changing personnel in between. The Leipzig Baroque Orchestra, performing on original instruments or copies thereof, should properly have been billed as an Ensemble, made up of only a string quintet, bassoon, organ, and, for Vivaldi, two oboes. Semantics aside, the fine players soon made one forget the group’s size as the balance between instrumentalists and vocalists was excellent. Stylistically as well they were unified, matching the singers’ articulation, dynamics, colors and atmosphere under the sympathetic and natural direction of the conductor, while also exhibiting a chamber music-like sensitivity. By the time of the Vivaldi, the ear had become so accustomed to this particular sound that it seemed quite appropriate, even as the full 40-voice chorus was utilized, producing ample sound without a trace of hootiness.

The current Thomaskantor well deserves to be a successor to Bach, as due to his efforts in schooling and training his choristers there was not one mistake to be discerned. The boys and young men sang perfectly in tune throughout, with a beautiful blend and well-defined contrapuntal balances, dynamics were finely graduated, and consonants pronounced in spectacular unison. Although he had almost hobbled on and was resting against a railing for the duration of the concert, Biller conducted with fluid motions, eliciting not only technical excellence but also musically meaningful, nuanced and touching performances – and a very energetic Gloria – from his charges, among them the soprano soloist Johannes Hildebrandt, a poised, self-assured 11- or 12-year-old with a very appealing clear voice and astounding technique (at times paired with an equally accomplished Nils Adam Wahlgren), while the alto vocalist Hans Jakob Wetzig impressed with the roundness and maturity of his sound. However, it cannot be emphasized enough how every single member of this choir contributed to the success of the evening. Encores were an a cappella version (sung to the words “dona nobis pacem”) of the ‘Air’ from Bach’s D major Orchestral Suite (BWV1068), the double quartet ‘Denn er hat seinen Engeln befohlen’ from Mendelssohn’s Elijah, and more Bach, “Alles was Odem hat lobet den Herrn”, the final fugue of his motet Singet dem Herrn.