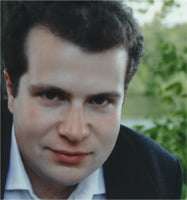 The management of Cadogan Hall must be congratulated for its Zurich International Concert Series, which is bringing to London some excellent orchestras that may not have the obvious kudos of those from Amsterdam, Berlin, New York and Vienna – to name but four also-welcome ensembles that regularly visit the capital – but which have their own distinction and history. One such is Staatskapelle Weimar, which can trace its roots back to 1491, and via Wagner’s Lohengrin, Humperdinck’s Hänsel und Gretel and Richard Strauss’s Don Juan to the 1919 renaming to Weimarian State Orchestra, which then required rebuilding after World War Two, a task to which Hermann Abendroth devoted himself. In 2009 Stockholm-born Stefan Solyom was appointed General Music Director of the Deutsches National Theater und Staatskapelle Weimar. Neither is a stranger to the UK though, for the orchestra has made several recordings for Naxos and Solyom was Associate Guest Conductor of the BBC Scottish Symphony Orchestra for several years and appeared at the BBC Proms. 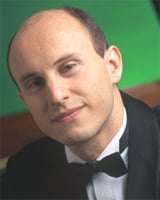 If this programme was ultra-safe, Beethoven’s Coriolan Overture made a good calling card for the Weimar musicians, fleet, robust and cultured, the highlighted and individual-sounding bassoons a particular pleasure. The accompaniment for the piano concerto was crisp, dynamic and nicely modulated. Nelson Goerner gave a deft and shapely account of the solo part, swift but not rushed. This was a notable collaboration between pianist, orchestra and conductor, not least the moment of reflection just before the recapitulation where the violas (sitting outside-right) caught the air with an ear-tweaking non-vibrato timbre and the musicians let time stand still in contemplation. Goerner opted for the longest (five minutes) of Beethoven’s three first-movement cadenzas; as throughout his performance he had no need to force himself on the music; rather his quicksilver yet decisive playing was full of joy as well as subtle differentiations of volume and colour. This was traded for a soulful account of the Largo, enhanced by Matthias Demme’s contributions on clarinet and some hushed dynamics, and the finale scintillated without being pressured, jazzy without being underlined, the somewhat reduced orchestra airy and transparent.

Brahms’s Second Symphony opened with confident Slavic-sounding horn-playing (Weimar was previously part of East Germany) and the cellos blossomed. If Solyom’s flexible tempos rather disjointed the (not repeated) exposition, the development had an authoritative thrust and continued to enjoy good balances, brass embedded into rather than dominating the textures, the orchestra sounding healthy and well-attuned to the immediate acoustic. The highlight was the Adagio, true and tender, spaciously conceived, offering succour, depth and eloquence, unwavering but not didactic on the conductor’s part. For the elegant intermezzo that follows, Solyom, as likely to conduct with his left hand as the baton-holding right, indulged his elbows to nudge things along. The Staatskapelle Weimar members are nothing if not responsive and it was clear that they and Solyom have a close rapport. The finale came off least well in that Solyom was prepared to lose the line in order to indulge the moment; thus the movement sagged and never quite recovered for the coda (normally exhilarating) which was subdued.

It was no surprise that the encore was Brahms’s First Hungarian Dance (one of three that the composer orchestrated from the 21 piano-duet originals), with timpanist now as triangle-player, a heavy-sounding reading intruded upon with numerous unidiomatic hesitations and accentuations, however unanimously played. Solyom’s interpretative misfires aside, Staatskapelle Weimar, rather remarkably making its first appearance in London, proved well-prepared as well as consistently characterful and receptive, and will hopefully return before long.