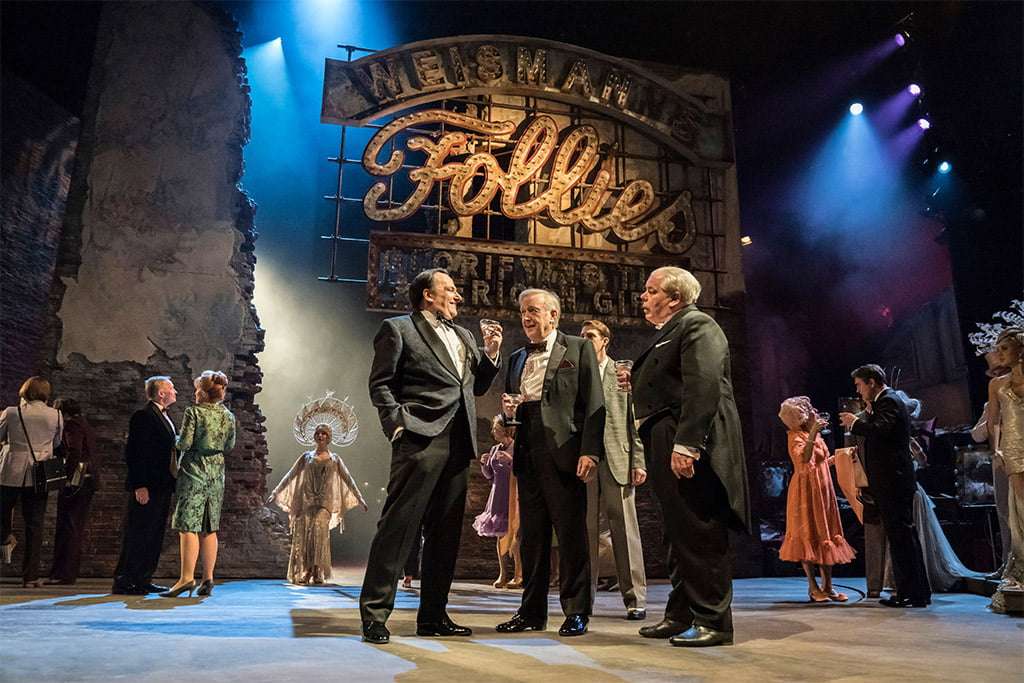 Stephen Sondheim is divisive to both the listening public and critics alike. Comments on Twitter from the last outing of this Olivier Award-winning production of Follies in 2017 seldom mention the performance, only the music – boring and tuneless, or inspiring and magical. From the standing ovation, the Olivier Theatre was packed only with fans, the cast, many of whom were in the 2017 show, giving a sparkling display throughout two-and-a-quarter glorious hours.

Vicki Mortimer’s set – the decaying, and soon to be demolished, New York City-located Weismann Theater that once held Ziegfeld-style revues – gloomily reminds of its once glamourous history. Discarded seats and rubble to the side, piled up high, allow some of the young characters to look on at their older, equally discarded selves. In the centre, a rotating set with an outside staircase, a familiar sight to any that have watched 1970s’ TV-shows set in New York, and an illuminated sign to say that this is, or was, the Weismann. 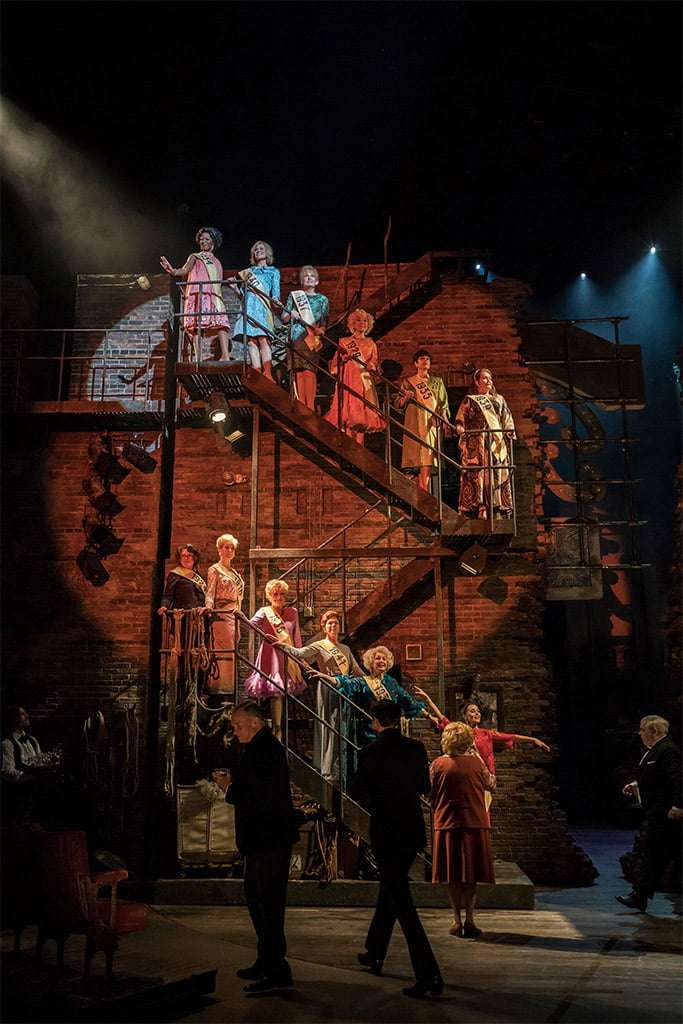 Follies is the story of a reunion – one final fling – for the show-girls that played at the Weismann Theater between the two World Wars. While the story centres on two couples, Buddy and Sally, and Ben and Phyllis, there are some great songs for the more-fringe characters. Geraldine Fitzgerald reprises her most excellent Solange LaFitte – coquettishly reminding us how she is still in vogue in ‘Ah, Paris’. Another reprisal, Tracie Bennett’s Carlotta Donovan, tells the tale of how her solo was cut from the Follies because it was too humorous – a tale that starts in valediction and ends as a triumphant two-finger salute to the World in ‘I’m Still Here’.

Of the two couples, Sally and Ben are different from 2017. Imelda Staunton took the part of Sally then, and hers are big shoes to fill. Staunton’s take on the role – as can be heard in the 2018 National Theatre cast recording that is recently released to coincide with this latest production – is much grander. She is much surer of herself and her ‘Losing my mind’ is much angrier than Joanna Riding’s portrayal, which is regretful and pathetic, and no worse for it. Janie Dee as Phyllis is quite excellent, and Peter Forbes as Buddy brings the role’s comedy to life, notably in ‘Buddy’s Blues’ – which at the speed he takes it is remarkable that every word is so clearly articulated. Perhaps the weakest of the leads, and only because the other three are so strong, is Alexander Hanson as Ben. ‘The road you didn’t take’ was pitchy at times and lacking energy. However his duet with Sally – ‘Too Many Mornings’ – works well.

Another of the fringe characters that needs a mention is Heidi – both young and old. Felicity Lott plays the role until April 8 and along with Alison Langer they take ‘One more kiss’ to operatic nirvana. Josephine Barstow reprises the role from May 6, and sings on the recording, and though excellent in itself Lott’s portrayal is completely effortless and preferable. 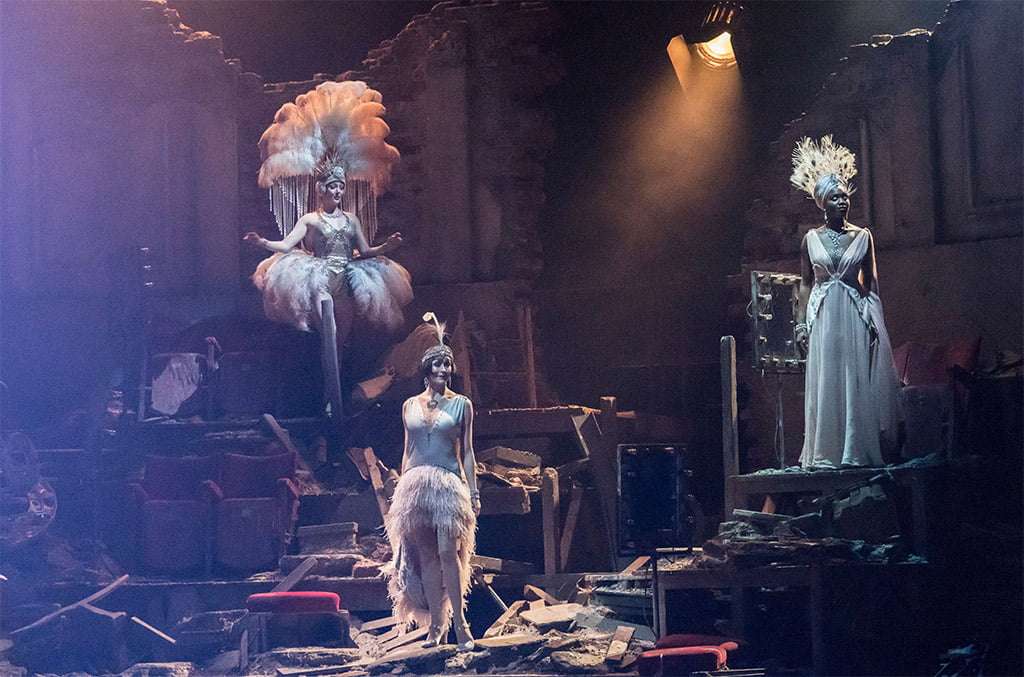 The twenty-one-piece orchestra, conducted by Nigel Lilley, is placed at the back of the stage. The balance between the singers and the band is good, though amplified, and even if there were a few problems at the start with some echoing to be heard (the speakers are above the stage) these were quickly fixed.

Dominic Cooke’s direction alongside Bill Deamer’s choreography is light-touch but effective – allowing Sondheim’s music and words to speak for themselves and not become too philosophical. There is a lot to like about this production, as good as it gets, and as a musical it puts a mirror up to real people and their problems.