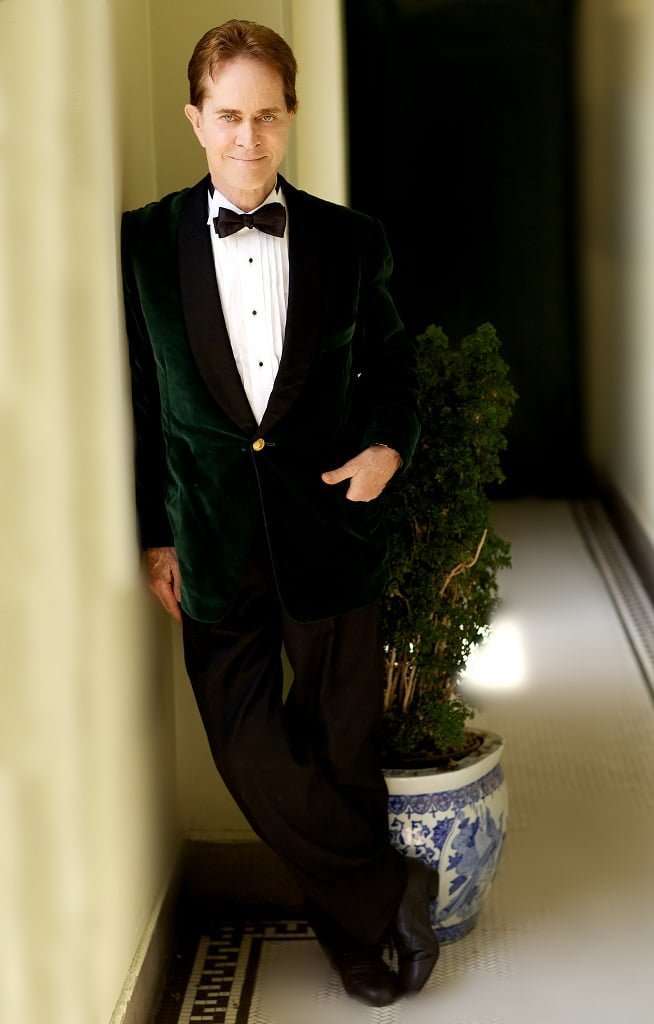 The ageless master of the Broadway-show-tune is back in town and any lover of the best in popular song should hurry to The Crazy Coqs, the perfect venue for Steve Ross, himself the epitome of sophistication. Ross’s programme reflects enormous scope, whether standards by Gershwin, Kern and Porter nestling aside lesser-known gems by Bob Merrill and Kander & Ebb, and titles virtually unknown such as the opening number, ‘Call me back‘, written by Stan Freeman & Franklin Underwood for Lovely Ladies, Kind Gentlemen, a short-lived musical based on the play The Teahouse of the August Moon.

A trio of Kurt Weill melodies includes the lovely ‘Here I’ll stay’ from Love Life and a rarely performed comedy number from One Touch of Venus which lists negative comparisons for intense affection (“a dachshund abhors revolving doors”). Those words are by Ogden Nash, but the master of the ‘catalogue’ number is the composer with whom Ross has become particularly identified, Cole Porter. Ross acknowledges that some people feel that all that is required for such a creation is a rhyming dictionary, but it takes genius to come up with the two brilliant examples that Ross gives us, ‘Nobody’s chasing me’ and ‘They couldn’t compare with you’, both from Out of This World. The former, the lament of a love-starved Juno, includes the following lyrics:
The dove each moment is bolder
The lark sings Ich liebe dich
Tristan is chasing Isolde
But nobody’s chasing mich.

Reminding us that Porter was also a master of melody, Ross fashions a beautiful piano arrangement of the ravishing ‘Begin the beguine’. Equally irresistible are the Gershwins’ ‘Oh, lady be good!’, Kern & Hammerstein’s ‘All the things you are’ and Kander & Ebb’s ‘Only love’ from the neglected score of Zorba. ‘Dancing in the dark’ delves into the murkier aspects of existence, and prompts Ross to revive E. Y. Harburg’s vocal arrangement of the ‘Barcarolle’ from The Tales of Hoffmann. Titled ‘Adrift on a star’, it was written for The Happiest Girl in the World, a musical version of Lysistrata, allegedly sabotaged by that perennial wrecker of superior scores, trouble with the book. New Faces of 1968 was also a failure, but Ross rescues a lively Sousa-type rouser, ‘The unrequited lovers’ march’.

No salute to Broadway could fail to include Sondheim. Ross gives us three songs of his, including a stride version of ‘Buddy’s Blues’ that gives it a fresh slant. (Ross’s latest release, Good Thing Going, includes over twenty Sondheim numbers given expert renditions.) Ross establishes a warm rapport with the audience, and he was easily able to coax us to join him in a final great air, Jimmy McHugh & Dorothy Fields’s ‘I can’t give you anything but love, baby’.