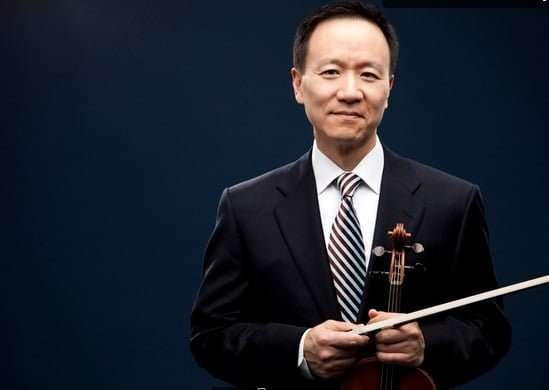 Symphonia Boca Raton, now in its eleventh season, was formed in the wake of the demised Florida Philharmonic and here welcomed David Kim, concertmaster of the Philadelphia Orchestra.

This concert began with J. S. Bach’s Brandenburg Concerto No.3 – a single instrument playing each of its nine string parts – and Pachelbel’s Canon, augmented by six more violins and a second double bass. The ensemble played with accuracy and tonal beauty, and a cohesiveness that required only the slightest gestures from Kim.

The score of Bach’s C-minor Oboe & Violin Concerto was lost, but reconstructed by scholars from what is believed to be the composer’s later arrangement for two harpsichords and strings. Kim was joined by John Dee, who had been principal oboe in the Florida Philharmonic. In the outer movements his penetrating sound stood out with Kim’s violin in a more subservient role. In the Adagio the solo instruments sang out sweetly together. 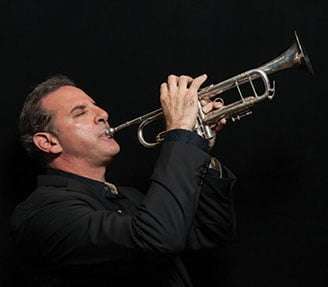 The longest and most interesting piece was Leonid Desyatnikov’s arrangement for violin and strings of Astor Piazzolla’s The Four Seasons of Buenos Aires (separate pieces composed between 1965 and 1970 as chamber music, including for electric guitar and bandoneón) that captures many elements of the Tango idiom – including whip-crack up-bows, bowing below the bridge of the violin to create a guiro-like ratcheting sound, and unusual double-stopping to mimic the bandoneón, all brilliantly executed by Kim. So too the poignant lyrical passages, especially noteworthy in ‘Invierno porteño’ (Winter). The accompaniment succeeds in emulating a tango ensemble, with driving chords, percussive pizzicatos on double basses, and special effects by the strings. In ‘Otono porteño’ (Autumn), the violin’s entrance is preceded by a cadenza for cello, superbly played by Chris Glansdorp, with the two soon engaging in a lovely duet. Later, Kim’s own cadenza began in Baroque style, but gradually took on a more modern cast.

As if the parallel to Vivaldi’s Four Seasons is not obvious enough, Desyatnikov imported quotations from that work, including a snippet of Vivaldi’s ‘Winter’ into Piazzolla’s ‘Summer’, a whimsical allusion to Argentina’s reversed times of year. A sense of déjà vu was compounded by Desyatnikov’s use of the just-heard Pachelbel Canon to conclude ‘Winter’, and the final humorous touch comes at the very end, when the performers sustained what ought to be the final note: the harpsichord entered, playing softly the opening strains of Vivaldi’s ‘Spring’, but omitting the final note leaving the phrase unresolved.

In the Second Brandenburg Concerto, Kim and Dee were joined by two Florida Phil veterans, Jeff Kaye and Jeanne Tarrant. Kaye’s with-valves version of a clarion soared brilliantly, and Dee again showed off his masterful technique and musical phrasing. Kim and Tarrant more than held their own, particularly in the Andante (in which the trumpet is silent). In the lively Finale Kaye’s trumpet had the last word.