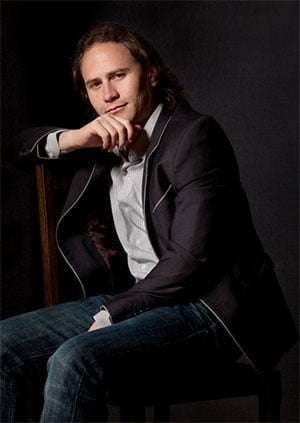 As a younger relation to the now grown-up Simón Bolívar Orchestra, the Teresa Carreño Youth equivalent has much to live up to. In this its second Southbank Centre concert as part of the current (final) Shell Classic International season (the first gig, two days ago, embraced Berlioz, Stravinsky and Rimsky-Korsakov), excellence was exceeded. This matinee began with a swashbuckling account of Don Juan, although its opening moments were distracted from by those who can’t switch their mobiles off or think that such a request, and the one about not taking photos (even when made by the beautifully enunciated tones of Ian McKellen), don’t apply to them. Once an SBC steward had made an intervention with one flagrant troublemaker (sporting a flashbulb that David Bailey would be proud of), and others’ iPads had been decommissioned, things weren’t so bad in this respect, although there’s always the miscreant that can’t resist switching on again and catching the eye in the wrong way.

Conducting from memory (as throughout), Christian Vásquez led his outsize 150-plus orchestra (22 first violins, 14 double basses) in superbly played Strauss, producing a big, rich sound, but also discriminating in balance and dynamics, even if, in this unencumbered acoustic, some passages were simply too loud and too bright. The music was delivered without exaggeration and also seamlessly, notably vibrant, yet it was the quietly rapturous moments that were most telling, especially solos from leader Allison Lovera (she is blest with the sweetest of smiles) and oboe … both were seductive. Then the three short sections from Falla’s ballet score were rather dwarfed by following the Strauss, and here the huge forces was too much – dry, bright, lacking chiaroscuro – Vásquez no-nonsense in his approach, save when being unduly sentimental, leaving little for the imagination, for all that solos (horn, cor anglais) once again were full of distinction and ‘Final Dance’ was fiery and incisive.

Tchaikovsky’s ‘Pathétique’ Symphony was with us again (moratorium needed), here admirably conducted and interpreted by Vásquez, admirable for its wholeness, lack of sentimentality and contrasts, the latter opened up from the very beginning, so darkly lugubrious (and informed with a wonderfully expressive bassoon solo) and a perky Allegro, enough to suggest the composer’s highs and lows. Whether nostalgic, tempestuous or impassioned, the Teresa Carreño musicians had this piece nailed – with sensitivity, energy and power. Gratifyingly the movement faded to silence, but clapping greeted the second one, a waltz that Vásquez was too hasty with, the players harried, and – of course – there was a wild reception for the march third-movement (never mind that the Symphony hasn’t finished yet), moderately and perfectly paced and built by stealth. When we did get to the slow finale, it was nobly resigned, if not without anguished railing, although the doom-laden gong stroke went for nothing before a near-perfect fade to the nothingness by which the music takes it leave … and to an audience silence that respected Vásquez’s holding the air beyond sound.

The three encores and their presentation were predictable, the change to national-flag costume and the twirling, standing/sitting choreography now looking stale, if still audience-pumping, despite the joy and pizzazz of the youngsters; ‘Mambo’ (West Side Story) was once again blurred in its impetuosity, but maybe this curmudgeonly critic should now exit, escape unscathed, save for a final salute to these outstanding musicians, 14 to 19 years old, who hopefully will continue to take much succour from music and give it back with the skill and enthusiasm shown here.