The A-Z of Mrs P
A musical fable based on the autobiographies of Phyllis Pearsall, with a book by Diane Samuels, music & lyrics by Gwyneth Herbert 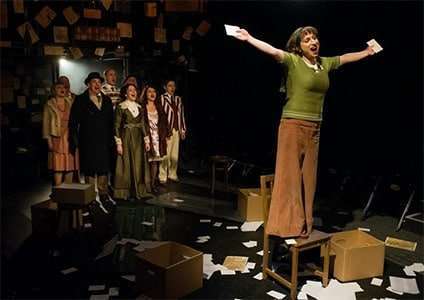 Portrait-painter Phyllis Pearsall has been credited with inventing the A-Z Map Guide to London in 1936. In fact there had been similar publications since the 1920s. A-Z was the name she gave her map, although her father, for whose company of cartographers she worked, wanted to call it the OK Guide. Legend has it that Pearsall formed the idea of an A-Z when she got lost going to a friend’s party during a power cut and found other guests in a similar situation. Pearsall decided it was her job to map London and publish the results in a handy pocket-book form.

Another possible myth concerns how she gathered all the information. It makes for a nice story but it’s unlikely that Pearsall tramped around the 23,000 streets of London, marking down every avenue and road, every lane and square, every row and gardens, plus all the important buildings. Instead she more than likely referred to the Ordnance Survey, local council maps, town-hall documents and estate agents’ details. After the Second World War she updated the information to fall in line with bomb damage that changed the face of London and its suburbs.

Having printed some ten-thousand copies of her A-Z, Pearsall set about trying to sell them. It was not an easy task persuading Selfridges and Foyle to sell them, until someone suggested W. H. Smith who took 1,250 of them. Then they began appearing on railway-station bookstalls, Woolworth’s sold them and within two years the company was doing very well indeed. However, during the war, maps were not sold for security reasons, so Pearsall’s fortunes subsequently waned. The Geographers’ Company survived, however, and went on to become the successful publishers of maps that it remains. 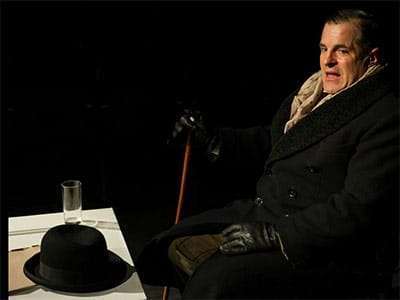 Pearsall’s story is lovingly told through Gwyneth Herbert’s lyrics and music and Diane Samuels’s book. If Pearsall was not the originator of the London street-map, she was a passionate person driven to succeed against all the odds. Often what stood in her way was her father Sandor Gross, a Hungarian-Jewish immigrant and something of a control-freak, particularly of women. A serial philanderer, he kept his Irish wife Bella, an alcoholic, under his thumb to the extent that she subsequently went mad and, when their marriage was dissolved, she re-married but ended up in an insane asylum. The two threads of Pearsall’s story are neatly woven together to produce a character that enjoyed a challenging professional life but, apart from her brother Tony, saw little but grief from her family. Having left her own husband in Venice out of boredom, she never married again. Instead she enjoyed, as she sings, her ‘Lovely London town’ – the main love in her life.

Gwyneth Herbert had never attended a musical show before writing The A-Z of Mrs P. The result, however, is a remarkable piece of work that sounds modern but melodic, edgy without seeming pretentious and at times not unlike Sondheim, which is no bad thing. Her lyrics are strong, poetic and funny – neither they nor the music is ever mundane. Diane Samuels’s book makes sense of Pearsall’s strange life and doesn’t spare us either the agony or the ecstasy. The cast take on the score and the narrative with immense bravura, much as their characters take on their work of documenting London’s streets, with an abiding passion. There are four main roles, Phyllis, her parents and her brother. We see them in happy and sad times as the show goes back and forth to her childhood days.

Isy Suttie is perfect as the idealistic if unsure Phyllis. Michael Matus is astonishingly good as her awful and brutal father. As Bella, Phyllis’s mother, Frances Ruffelle presents an uncompromising portrait of a woman at her wits’ end and Stuart Matthew Price gives a sympathetic performance as Tony. The rest of the excellent company double up like mad as a chorus of the assorted characters Phyllis meets on her journey through the highways and byways of London. Steve Ridley’s band of five bring out the best in Herbert’s score, while Klara Zieglerova’s ingenious set is festooned with papers, pamphlets, programmes and postcards.

This is a new musical to be proud of and looks to have the legs to carry it further on down the road to even greater success.