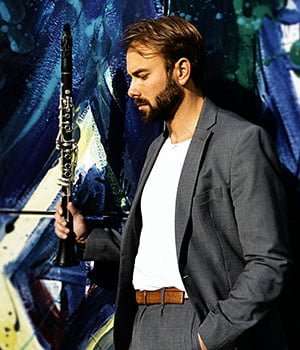 When New York unveiled its statue of Dvořák in 2004, on hand were several Czech-Americans, including Miloš Forman and the then First Lady of New York City, Donna Hanover, married to Rudy Giuliani. The highlight of that afternoon was a chamber concert led by Dvořák’s great grandson Josef Suk. On this Thursday in 2015 the Chamber Music Society of Lincoln Center presented for its opening night a Czech concert that included a piece by that violinist’s grandfather, another Josef Suk, whose powerful Asrael Symphony is shamefully neglected today.

Thoughts of Forman entered my mind as we listened to the Clarinet Quintet of Anton Reicha, whose teacher Antonio Salieri was presented with such cinematic brilliance in the director’s superb Amadeus. This was a delightful performance of a piece celebrating a relatively new instrument – compare with Mozart’s joyous explorations of the possibilities of the clarinet at the end of his life – and one whose youthful enthusiasm shone brightly. Tommaso Lonquich is new to the Society and led the Amphion players in a spirited reading that was humorous and yet perhaps a little too precious by half. These performers are young and exuberant but spent a bit too much of their energy on visual examples of their comedic sides. There were indeed twitters of laughter from the audience. I like to think that Reicha would have been, in the main, pleased. 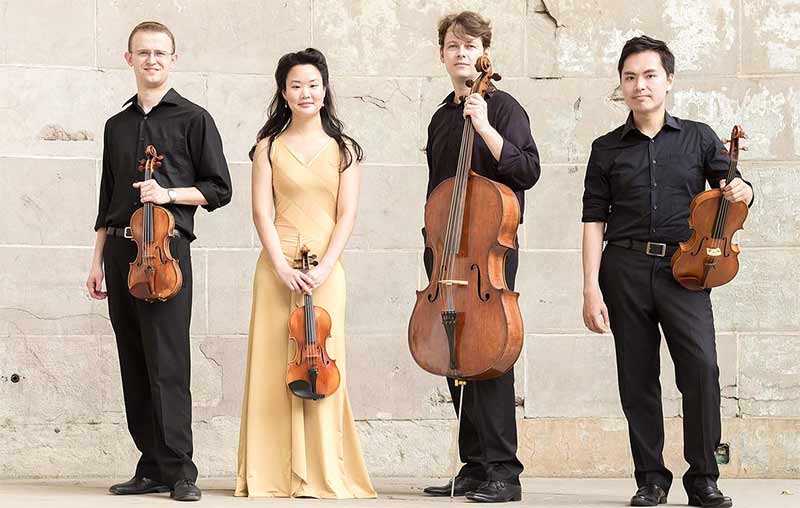 Next came the Suk effort, not a set of variations on the Christmas carol but rather a profound and solemn prayer for peace written at the start of the Great War. With the clarinet gone and the violinists reversing chairs (Southorn replacing Hyun in the first position) the ensemble presented a poignant and importunate reading that was very affecting. However, placing this powerful paean just after a clownish opening performance was a bit unsettling.

At first glance, one would think that Leoš Janáček String Quartet known as ‘The Kreutzer Sonata’ was a homage to Beethoven, but it was inspired by Tolstoy’s short story. Curiously, the novella, a convoluted rumination that depicts the effect of music on chastity and the ultimately lustful state of Christian marriage, is a stylistic forerunner of the Moravian composer’s other Quartet, ‘Intimate Letters’, a white-hot statement of May-December passions. As a play within a play, the particular ‘Kreutzer’ of the string-quartet repertoire proudly takes its place with other twentieth-century aesthetic labyrinths such as Nabokov’s Pale Fire, Schoenberg’s Accompaniment to a Cinematographic Scene, Escher’s self-portraits, Bergman’s Persona or Shostakovich’s Symphony 15. There is considerable controversy as to the meaning of the outbursts that consistently interrupt the music’s lyrical flow, most notably a disparity of opinion about the ending: is it Wagnerian redemption, Tolstoy’s atavistic brutality, or a resurrection without the requisite death?

With Suk’s Meditation clearing the emotional palette, this Amphion version was highly charged and performed expertly. The disruptions to the flow in the first movement were suitably jarring and played at a blinding pace that was quite impressive. The fluttering in the con moto second section was presented with agility and expressiveness. The inclusion of a snatch of melody from the Beethoven original (the Opus 47 Violin Sonata) in the third movement is artfully employed as a reminiscence from the Tolstoy, wherein the Sonata is used as background music to the written story’s action. In all this was a passionate performance of a 20th-century masterpiece.