Monteverdi
Il ritorno d’Ulisse in patria – Opera in a Prologue and three Acts to a libretto by Giacomo Badoaro after Homer’s Ulysses [sung in Italian, with English surtitles] 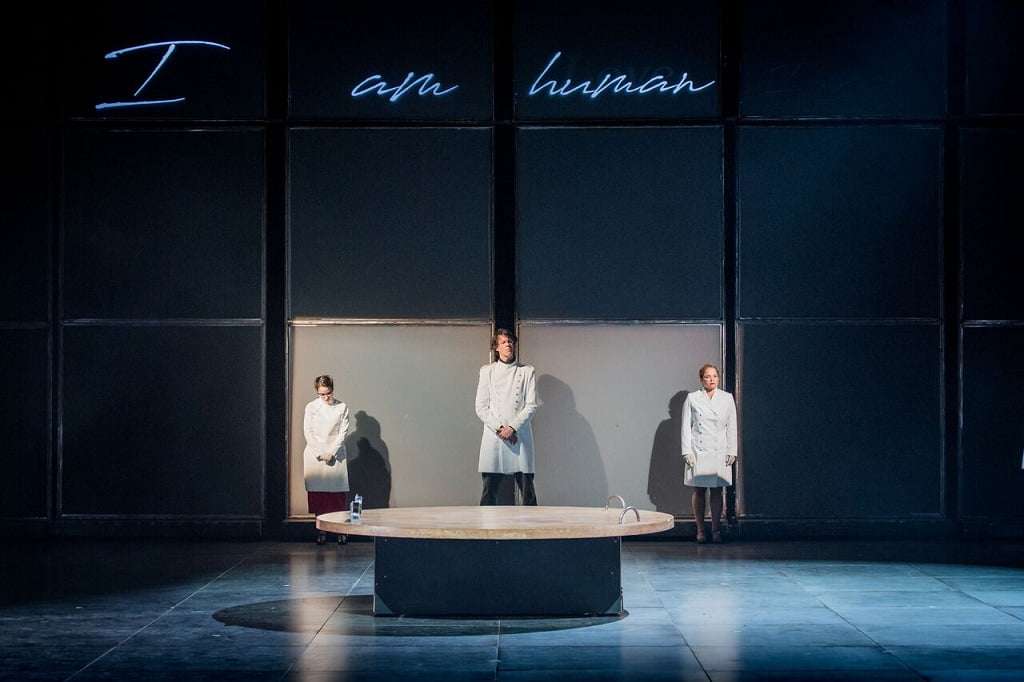 With the removal of Grange Park Opera to its venue at West Horsley, a new company – confusingly called the Grange Festival – has sprung up to fill the void at the extraordinary property at Northington, which stands stark and proud in the midst of the Hampshire countryside like a Greek temple. The venture, under the artistic directorship of Michael Chance, begins its first season by returning to the roots of operatic tradition and marking the 450th-anniversary of Monteverdi’s birth with the composer’s penultimate work for the stage, itself a Greek epic.

Although the story of Odysseus’s protracted return to his homeland of Ithaca after the Trojan War is one of the celebrated narratives of Classical mythology, it is an episode populated by more or less ordinary mortal people, ripe for operatic treatment. Tim Supple’s production invites the audience to project itself into the drama by opening with the Everyman figure of Human Frailty (Robin Blaze) – clad in evening-dress like them – climb up onto the stage and then be stripped down to a surgical gown to be dissected and buffeted by the competing claims of the various allegorical figures who are vividly presented in the Prologue – namely Time, Fortune, and Love. They are also embodied by mute actors who recur at various points, mounted on, respectively, stilts, a bicycle, and running blades. 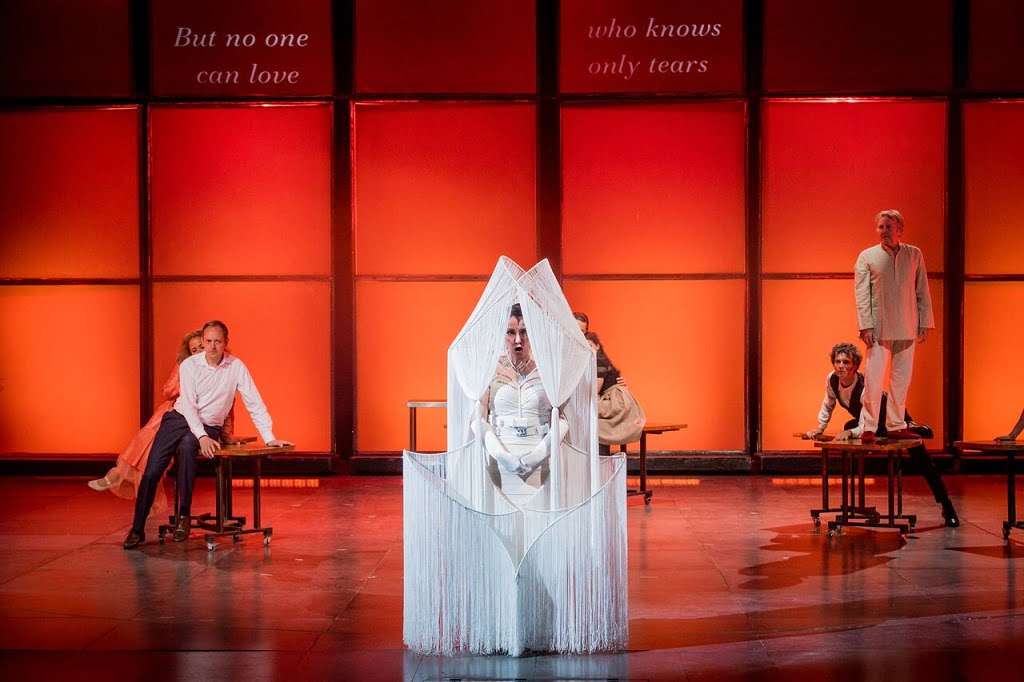 Other than that, the set is simple and sparse, with the choreography fluid and well-paced. But with few visual or dramaturgical motifs or themes carried across the many episodes the production feels more like a cabaret sequence of colourful tableaux rather than a narrative with a clear thread. If that is not a flaw in itself, it certainly becomes so with the woefully inadequate presentation of the surtitles, which read more like a précis of the text and so give only an impressionistic sense of the detailed and wordy libretto, and make the drama seem more like a cartoon strip with captions. Worse than that, they are projected onto panels around the stage in various fonts and configurations, requiring more concentration than usual to follow, and the effort in the second half is a virtual write-off as half the words are too faint to read, or are partly relayed upon a lime-green background rendering them invisible. Presumably the work of the video designer Ziggy Jacobs-Wyburn, this needs to be totally re-thought before further performances, as it severely impairs the engagement with this great work, and constitutes an affront to Monteverdi’s achievement as the first, and still one of the greatest, exponents of the art of setting words to music so directly and expressively – the very essence of opera.

Fortunately the singers made a generally strong impact in the musical dimension, none more so than Anna Bonitatibus’s Penelope – the patient and long-suffering wife of Odysseus, who fends off the unwelcome attentions of various unsavoury suitors. She conceives her first scene, bemoaning her fate, with an intimate ardour that she carried through in a compelling crescendo towards her climactic plea for her husband to return. If Paul Nilon in the title-role did not match her as fervently – more can be made of the recognition scenes with Telemaco and Penelope – he does embody vigour and humour, not least in disguise as the beggar who appears at the court incognito. In any case it is Penelope, rather than Odysseus, who is cast at the centre of this production, literally so during the contest to string the bow, as she stands at the focal point of a series of strings – like a maypole – whilst the suitors contrive to pull them into a geometric order, which only Odysseus manages to achieve. 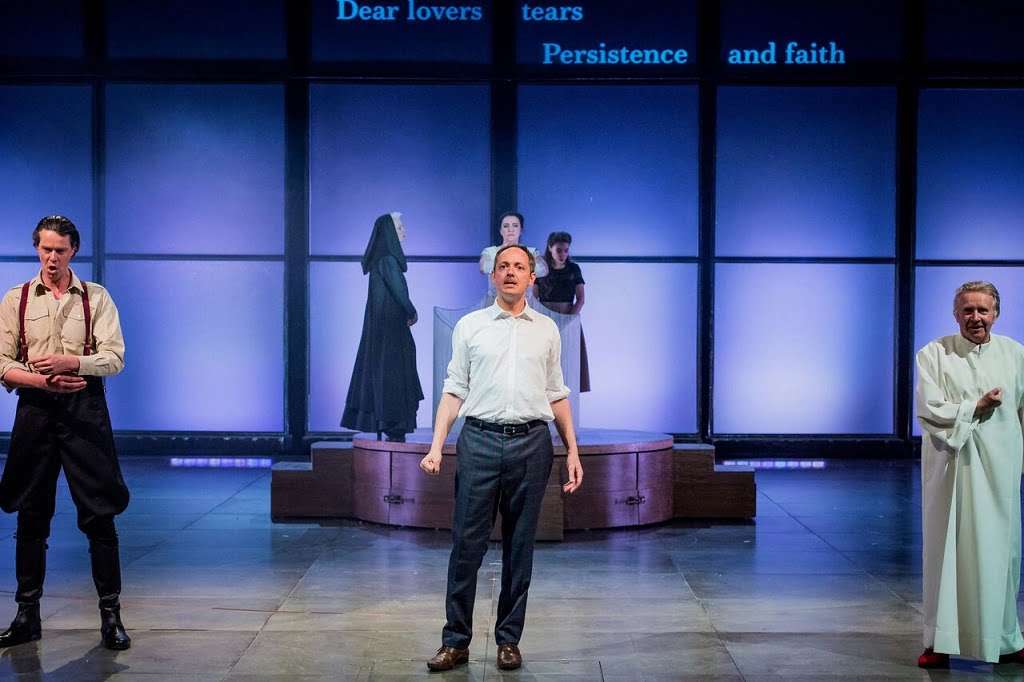 Their son, Telemaco, is sung earnestly by Thomas Elwin, complemented by a similar urgency on the part of Fiona Kimm and Donna Bateman as Ericlea and Melanto (respectively Penelope’s nurse and attendant), though the latter’s amorous scene with Gwilym Bowen’s lithe Eurimaco exuded merry abandon which set into relief the plangent yearning of her mistress. The suitors to the Queen tended to be better defined as a collective group, rather than individually, though Robin Blaze contrasts his musically wily, even sinister, account of Pisandro with the pure vocal agility of his depiction of Human Frailty earlier on. Thomas Whelan makes a powerful impression, though perhaps more so in his other roles as Time and Neptune. Ronald Samm catches some of the hilarity of the pleasure-loving figure of Iro with musical authority, though he is somewhat too heavy-handed to be ideal. Both Emma Stannard as the guiding goddess Minerva, and Nigel Robson as Odysseus’s shepherd Eumete are confident presences, though somewhat underpowered vocally.

The support from the Academy of Ancient Music and Michael Chance is frequently a point of focus, providing moments of reflective intensity, or vibrant dance episodes. Sometimes a wider sense of tension or dramatic impulse is missing however, perhaps to do with the ensemble being divided in two either side of the partly thrust stage, making it more difficult to sustain the continuous, unanimous vigour which marked its Barbican Centre account in 2015. There is still much musical character, however, complementing the action; and, surtitles notwithstanding, also much colour and vitality to be experienced.