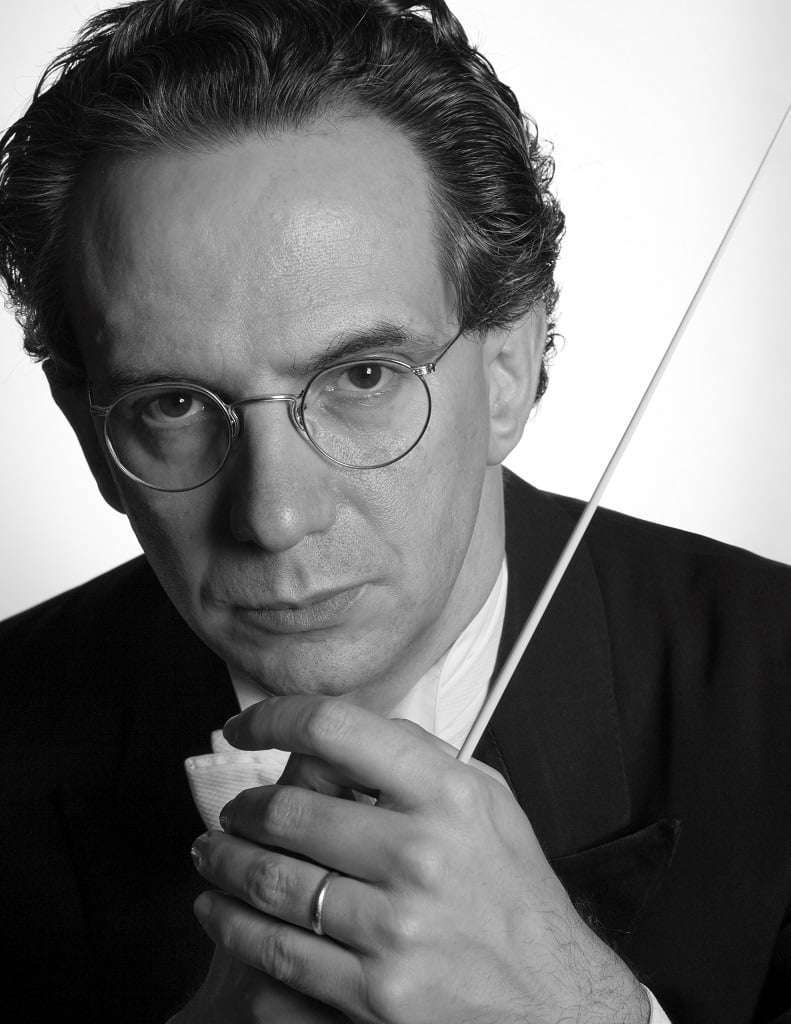 Erich Kleiber was once engaged to conduct a run of Der Rosenkavalier at the Vienna State Opera. The manager, mindful of expenses, balked at the maestro’s request for three full days of orchestra rehearsals. “These men have already performed this piece often under Herr Strauss himself”. “In that case”, Kleiber replied, “I will need six days!” In New York City many of the finest concerts are presented at the Juilliard School, where the eager musicians have no bad habits to unlearn. Their top instrumentalists populate the Juilliard Orchestra and for its first concert this Season they offered three works that have each been seriously reconsidered in the past century.

When Glenn Gould first presented his piano version of Siegfried Idyll, the event generated a firestorm of opinion. Gould had not simply transcribed the piece but rather re-composed it, adding new and daring harmonies and slowing down the tempo to create a wondrous world. Just before his untimely death, he recorded the original version for chamber ensemble (at a fifty percent longer duration than, for example, the Bruno Walter pressing) in what for many has become the definitive manner. Fabio Luisi, at the midpoint of his run conducting a febrile Macbeth at the Metropolitan Opera, led a sensitive performance traversing the middle ground of tempos, moving along at a relatively rapid pace with a number of expressive pauses and ritardandos and enhanced by shimmering string sound. This was a wonderful performance, unabashedly Romantic and expressing boldly the composer’s love for Cosima.

Juilliard has a separate department for historical performance, with its own groups, so the Mozart was relatively free from ‘period’ doctrinal argument. Surprisingly after so gleaming a reading of the Wagner, the accompaniment was a bit ragged for Czech violinist Simon Michal who was on his best modern conservatory method and never offered even a quaver of vibrato. That amazingly beautiful Adagio – one of the composer’s best – came off rather like wallpaper. There was even a noticeable effect on the crowd, many telephone faces began to illuminate, several people around this reviewer’s seat began to converse, and one man wandered around the room for several minutes until escorted to a seat by an usher.

No Romantic composer except for Anton Bruckner has had his pieces so often re-scored as Robert Schumann. Two of the greatest conductors, Gustav Mahler and George Szell, painstakingly edited all four of his Symphonies, essentially to thin out the perceived excesses in orchestration and to emphasize selected instrumental effects. Other maestros steadfastly defended the original manuscripts, Leonard Bernstein famously scribbling at the top of one of his working copies “Whoever said Schumann couldn’t orchestrate?!?” (punctuation his).

Luisi led a powerful performance of what was essentially the original version of the ‘Spring’. There were a few tweaks suggested by Felix Mendelssohn, especially regarding the intonations of the horn section, but otherwise this was the utterance of the youthful Schumann. When Olivier Messiaen penned Des canyons aux étoiles… for Alice Tully Hall he assiduously scored it for the exact number of musicians who could fit on its relatively small stage, and this reading of Schumann employed about eighty tightly packed players. The result was a spectacular sound, with rotary trumpets and hair-trigger changes in phrasing and dynamics making for very exciting listening. It is comforting to know that many of these students will return to their home cities and become the section leaders of tomorrow.

And the effect this time on the audience? For just one example, the couple seated directly in front of me, who talked through the entire Mozart, began to bob their heads along with the pulsations of the Schumann, exhibiting what Nietzsche called a “nodding acquaintance with the music”. It was fitting that Luisi acknowledged timpanist Sae Hashimoto at the concert’s conclusion as she had exhibited a particularly exciting technique and performed yeoman-like service throughout. We stepped out onto the rainy street in the thrall of inspiration.