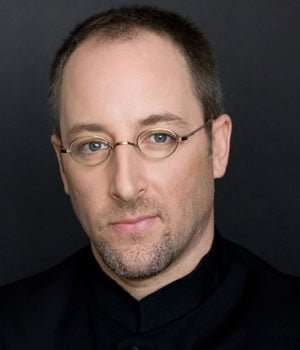 In a 1994 interview Sir Georg Solti, promoting his developmental Solti Orchestral Project at Carnegie Hall, stated that a great orchestral musician could come from anywhere in the world, but to receive the best training they must journey to the United States. Specifically he was referring to the Juilliard School, the Manhattan School of Music, and the Curtis Institute, a short drive south from New York, on Rittenhouse Square in Philadelphia. Each of these academies prepares their charges for the rigors of classical music excellence and channels their youthful high energies into inspiring performances. At Alice Tully Hall the Juilliard Orchestra exhibited that extreme energy in Short Ride in a Fast Machine, a logorrheic, cliché-ridden bit of cacophony whose sole virtue is its heavenly length of only four minutes.

The audience now settled, Jeffrey Milarsky launched a profound and daring example of true modernism with a decidedly primitive rhythmic blueprint. The Second Piano Concerto is fashioned employing Bartók’s beloved arch form and structurally consists of five distinct movements (three in the central section) with the Presto middle the keystone of the work. The other unique device that the composer uses to make this piece iconoclastically modern is that there are no parts for the strings in the first movement, thus making their entrance in the following Adagio especially ecstatic.

Yandi Chen delivered a measured, discreet and polite performance. Sadly, this is not what the composer intended. Subsumed in this gingerly reading were Bartók’s rebellious passages and his atavistic worldview of astonishing folk rhythms and primitive harmonies. Chen was quite accurate in the two Adagio sections, but fudged a bit in the faster ones. The excellent orchestra played quite loudly when appropriate; however during these passages the piano was often cast adrift in stormy waves of sound. Employing a large ensemble in a small venue like Alice Tully Hall presents some thorny acoustical challenges for a conductor and Milarsky, who is slated to conduct the New York Philharmonic in 2015, failed to achieve a proper balance between soloist and instrumentalists. This odd dichotomy took attention away from the individual and sectional triumphs of the orchestra, especially the superb double bass section, who navigated these choppy waters with noticeable proficiency. Beauty is in the ear of the beholder, as even such a futurist as Anton Webern found the jarring minor seconds in this piece especially disturbing. Chen managed the dissonances tastefully, if modestly.

Petrushka started life as a piano concerto, but morphed into a ballet in the midst of its composition when Stravinsky received a commission. The composer was a major figure in the Franco-Russian culture of the first quarter of the last century, whose intellectual community was entranced with the literature of Victor Hugo, particularly the misshapen creatures of the back alleys and carnivals. Hence the popularity of Triboulet (Rigoletto), Quasimodo (Massenet’s Le Jongleur de Notre-Dame) and, in another medium replete with operatic and balletic gestures, the silent film featuring Gwynplaine, The Man Who Laughs, a grotesque whose face had been mutilated by a surgeon and was left always leering. The basic structure of Stravinsky’s music was already established when still an embryonic concerto: the orchestra played relatively lilting and smoothly constructed music while the piano intoned herky-jerky or stumbling rhythms which became the perfect representation of the outcast puppet hero in the resulting stage work.

What a difference an intermission can make! This rendition of Petrushka was notable for its professionalism and bouquet of colors. The marionette characters were artfully executed by Hea Youn Chung (the grand piano had been jettisoned and an upright was installed in the back stage-right). There were a couple of miscues in the brass section, but the tuba solo in the final scene was quite impressive. This may seem like a small jotting, but perhaps the most impressive moment was the death of the title character as the percussionist tapped his tambourine while it lay stationary on a small table – to exactly capture the sound of the puppet’s neck breaking – not, as many do, while holding it aloft. Bravo to Juilliard. But perhaps that’s the point. What distinguishes these ‘amateur’ evenings is dedication to the music itself, the musicians still being at an age when the communication of their art form is their entire raison d’être.