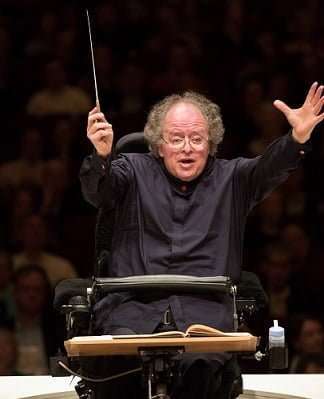 James Levine has been a tireless champion of the Second Viennese School. He waged an internal battle with the Metropolitan Opera for several years trying to mount Schoenberg’s Moses und Aron. Only after Christopher Keene’s New York City Opera sold out its production did the Met finally acquiesce. Levine has conducted the most powerful versions of Berg’s Wozzeck over several seasons – eclipsing the Karl Bӧhm renditions at the old house – and also led Jessye Norman in a stunning Schoenberg Erwartung (coupled with Bartók’s Duke Bluebeard’s Castle). At this concert he presented some signature examples of post-Secessionist chamber-music at the best acoustical room in New York, the opulent Weill Recital Hall.

The concert began with a work exhibiting the influence of Schoenberg’s then new dodecaphonic system. The opening theme of the second-movement Adagio from Berg’s Chamber Concerto (1925, for Piano, Violin and 13 Wind Instruments) contains all twelve tones of the chromatic scale. Berg’s self-transcription (published posthumously) was created to extend the reach of the new orthodoxy and to allow for smaller soirées to espouse and disseminate such futuristic music. David Chan, Boris Allakhverdyan and Bryan Wagorn played with intensity and created an air of mystery. The Four Pieces for Clarinet & Piano is an earlier work (1913) and comes from Berg’s days as an acolyte of Schoenberg, building many of his phrases on a foundation of fourths with some rather surprising upper notes. Here the clarinet exhibits many differing moods, the Sehrrasch piece especially exciting.

Anton Webern’s style was nearly always aphoristic, but his works 7 through 12 of his 31 published opuses are exceptionally compact. It takes longer to read this paragraph than to listen to the middle piece of Opus 11. Schoenberg called this type of writing “a whole novel in a single sigh.” Chan (Opus 7) and then cellist Rafael Figueroa coaxed every nuance out of their parts with expert enunciation. Webern’s Variations (Opus 27), for piano, seems to have dropped off the map recently. Wagorn, the glue of this entire presentation, played with great fluency.

Levine made his first appearance of the night conducting Schoenberg’s arrangement of Roses from the South. When a young cellist in Vienna, Schoenberg played in a dance-band whose violinist was Fritz Kreisler. Schoenberg’s transcription recalls those days and demonstrates and recognizes the deep element of sadness that Strauss injects into this ballroom standard. Those who have seen Gallipoli know that director Peter Weir feels this poignancy when he has his ANZAC soldiers dance to it the night before they journey to the battlefield and certain death.

Other than Verklärte Nacht (Transfigured Night), Pierrot Lunaire is probably Schoenberg’s most-performed work. It is a phantasmagorical masterpiece, scored for flute/piccolo, clarinet/bass clarinet, violin/viola, cello and piano, that allows the vocal soloist a tremendous amount of interpretative latitude by employing Sprechstimme, a combination of speech and song invented by the composer that revolves around the vowels of words but guides the reciter to flee from their pitches as quickly as possible. No two performances are ever the same.

As there are ‘thrice seven’ songs, to poems by Albert Giraud translated into German by Erich Hartleben (Schoenberg was an obsessively haunted triskaidekaphobe and believed ardently in the power of numerology), let us mention only two examples. Kiera Duffy hit virtually all of the pitches – no small task in a work so demanding – but fell short in her demonstration of acting ability employing her voice. In ‘Nacht’, for example, she failed to imbue “finstre, schwarze Riesenfalter” (somber, shadowy giant moth-wings) with any sense of horror or foreboding, while in ‘Gebbet an Pierrot’ there was little or no susurration on the word “Zerfloss” (dissolved). Oddly, she exhibited a panoply of facial and bodily gestures but did little vocalization to emphasize the expressiveness of expressionist music. I have observed in the opportunities that I have had – about twice seven – that performances of Pierrot are much more successful with a conductor. Levine not only observed long pauses after settings 7 and 14, but stamped his imprimatur on the entire reading.

Something for James Levine to contemplate: Why not marshal the Met to present Schoenberg’s oratorio Die Jakobsleiter (Jacob’s Ladder) on the Carnegie Hall main stage?