Tchaikovsky
The Queen of Spades, Op.68 – Opera in three Acts (seven scenes) to a libretto by Modest Tchaikovsky and the composer, based on the story by Alexander Pushkin [sung in Russian, with Met titles in English, German and Spanish by Sonya Haddad] 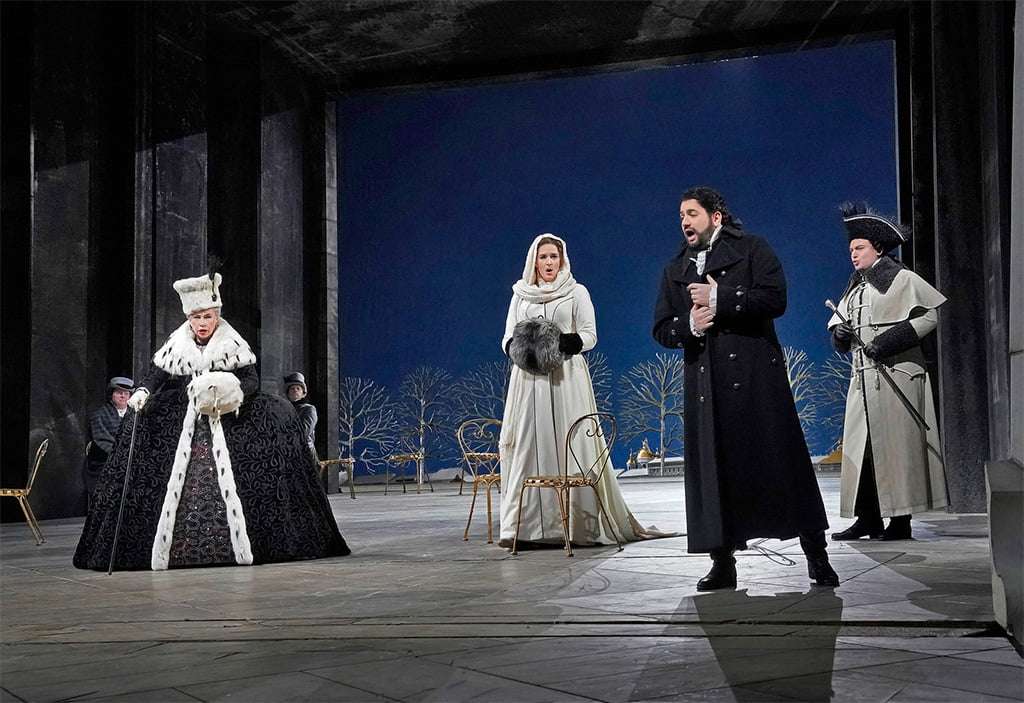 For this fifth Met revival of Elijah Moshinsky’s 1995 production of The Queen of Spades, Tchaikovsky’s ghostly thriller of Imperial Russia, Stage Director Peter McClintock accentuates the psychological elements of the story, rather than the plot. And it’s just as well. While the opera’s wide-ranging score embraces some of the composer’s most affecting music for the stage, its weak libretto – adapted from Pushkin’s far more succinct short story – is not always easy to follow.

The Met’s current run of Tchaikovsky’s darkly-colored masterpiece – the company’s first performances since 2011 – features a strong, well-chosen cast. As Hermann, the fanatical gambler whose obsession with a powerful secret drives him to madness, Yusif Eyvazov is in good form, easily managing the vocal and acting demands of the daunting role which requires him to sing in all seven scenes. His bright, sharp-edged tenor is a suitable fit for Tchaikovsky’s scoring, and his melancholic presence is physically appropriate for the character. He is at his best in his Act One aria, ‘Prosti prelestnoe sozdanye’ (Forgive me, oh celestial creature), his impassioned plea for his beloved Lisa to return his affection.

In her highly-anticipated company debut as Hermann’s long-suffering lover Lisa, soprano Lise Davidsen scores a major success. Singing with great power and poise, and acting with subtly nuanced moodiness, she delivers a subdued but memorable performance. From her first notes in the famous Act One quintet all the way through to the end of ‘Akh, istomilas ya gorem’ (Ah, I am worn out with grief), her final aria in Act Three, she displays marvelous technique. She appears remarkably comfortable from her lowest to her highest notes and always sounds perfectly focused, full and clear. 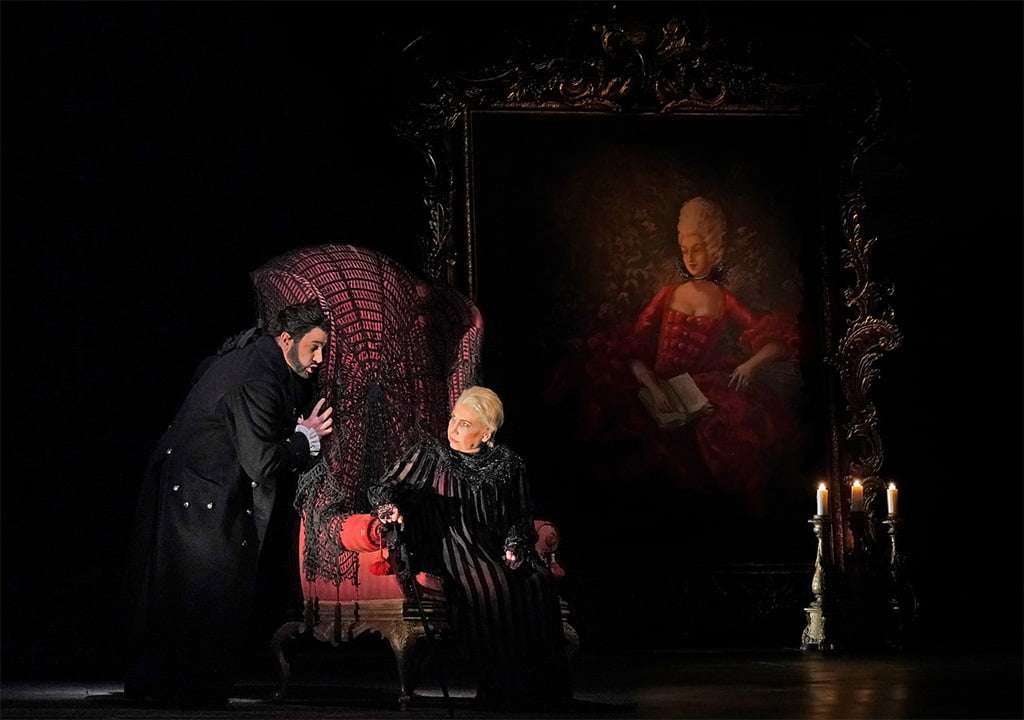 In another admirable company debut, Igor Golovatenko portrays Lisa’s fiancé, the dignified Prince Yeletsky, using his flowing and full-blooded baritone to fine effect. He delivers an unusually elegant and moving rendition of ‘Ya vas lyublyu’ (I love you beyond all measure), his Act Two serenade to Lisa.

Met veteran Larissa Diadkova brings her firmly-toned mezzo-soprano and extraordinary stage presence to her portrayal of the unearthly Countess, the titular ‘Queen of Spades’. As Count Tomsky, Alexey Markov’s singing and acting are also impressive. Reprising a role he sang in the 2010-2011 season, he uses his hefty, dark-toned baritone to render aptly theatrical accounts of his character’s Act One arias, most notably ‘Odnazhdi v Versalye’ (Once in Versailles), the ‘Three Cards’ ballad in which he relates the story of the Countess and her gambling past.

Stand-out members of the supporting cast are tenor Paul Groves who makes a smoothed-voiced Tchekalinsky and bass Raymond Aceto a rich-sounding Sourin. The Metropolitan Opera Chorus performs very well, displaying dramatic involvement and an unusual range of expression. The fifty or so male singers in the final scene at the gambling house provide especially pleasing singing and acting.

Making his own Met debut, conductor Vasily Petrenko – no stranger to Tchaikovsky’s music – leads a deft, refined performance of the atmospheric score, eliciting luminous sound from the orchestra. While he forcefully renders orchestral effects like the Act One storm, he is also a sensitive accompanist who never overpowers the singers. He delivers an accomplished interpretation of the penetrating and richly melodic score.