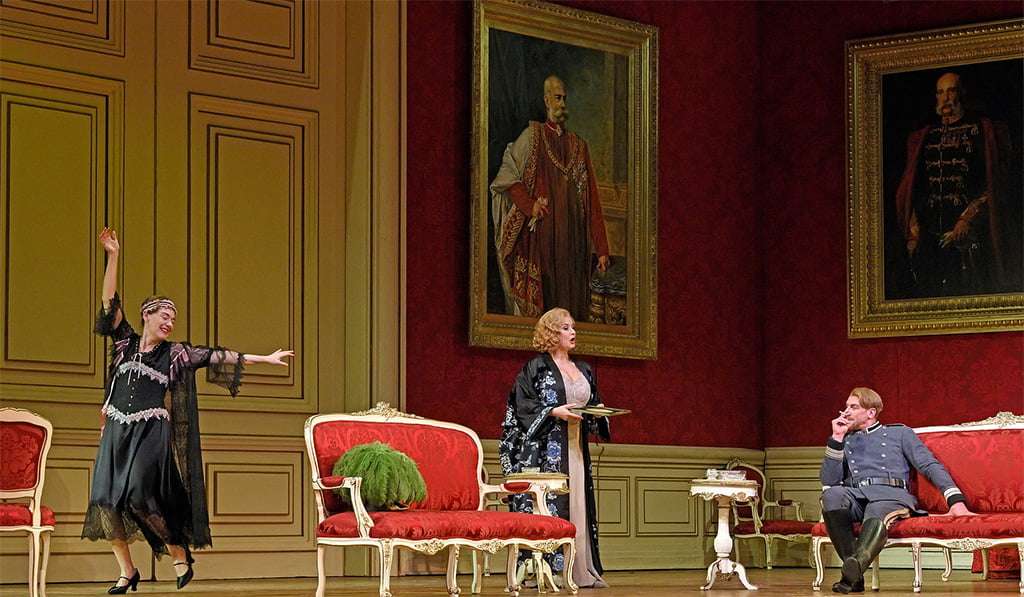 In this first revival of Robert Carsen’s 2017 production of Der Rosenkavalier – a co-production of The Metropolitan Opera; The Royal Opera, Covent Garden; Teatro Colón, Buenos Aires; and Teatro Regio di Torino – Sir Simon Rattle makes an all-too-rare appearance on The Met podium, returning for the first time since 2016, when he conducted six performances of Tristan und Isolde.

In a highly anticipated and long overdue company debut, Camilla Nylund takes on the tour-de-force role of the worldly and aristocratic Marschallin. At first she seems disappointing, with her soprano sounding rather bleak, but as the first Act goes on, she gradually achieves more authority, to the degree that her ‘Stop the clocks’ monologue is genuinely moving. In the exquisite trio at the opera’s emotional climax, her singing displays a stately smoothness that blends well with the others.

As the Marschallin’s exuberant teenage lover Octavian, Magdalena Kožená is for the most part delightful. In the first two Acts her energetic stage presence and vibrant mezzo-soprano convey a youthful ardor totally appropriate to the trouser role. However, in Act Three her performance is spoiled by her over-the-top mugging and leg wagging while disguised as ‘Mariandel’, a look-alike for Marlene Dietrich’s Lola Lola in ‘The Blue Angel’. 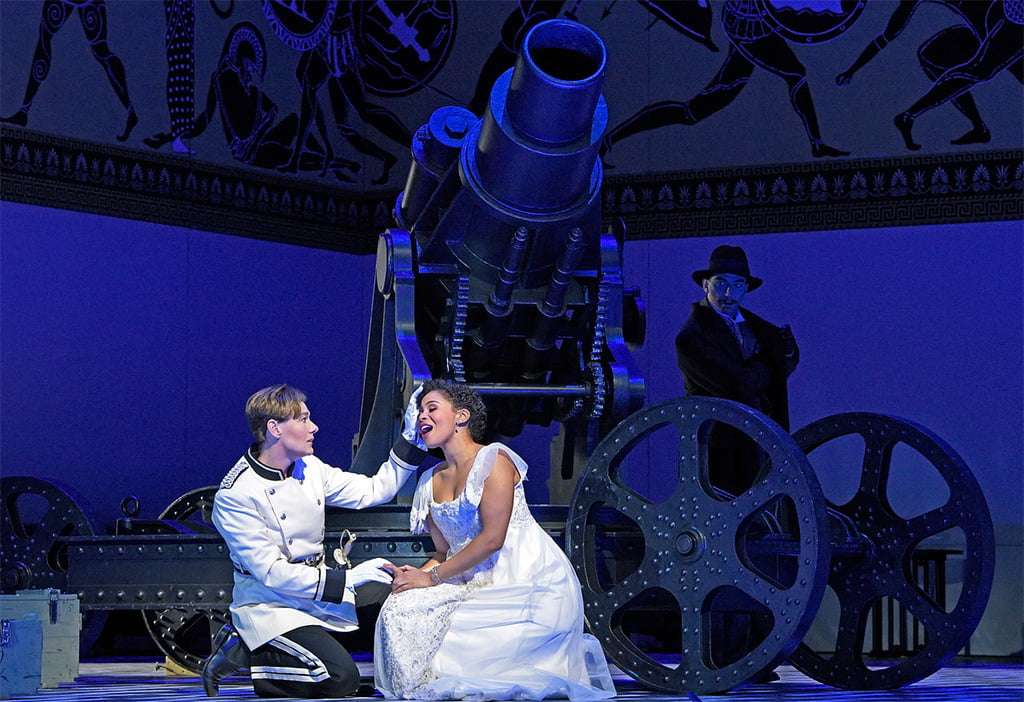 Outstanding among the three female principals is Golda Schultz, who sings the ingénue role of Sophie to perfection, though as somewhat less innocent and defenseless than is customary. Her light lyric soprano is nothing less than sublime, and exceedingly well-paired with Kožená’s spirited mezzo. Their second Act duet is one of the evening’s most rapturous moments.

The top star turn, however, is taken by Günther Groissböck, reprising his highly-lauded portrayal of the Marschallin’s cousin, the lascivious Baron Ochs. More often played by an older, plumper singer and usually characterized as a loutish nincompoop, Groissböck’s Ochs is far less ludicrous and much more sinister. His dramatic and muscular baritone and tall, commanding presence are a perfect fit for his multifaceted portrait of Sophie’s boisterous fiancé, and his performance is an absolute show-stealer.

Standouts among the supporting cast include two singers making their company debuts: Markus Eiche showing off his powerful baritone as Faninal, the nouveau-riche father of Sophie, and soprano Alexandra LoBianco, bright and buoyant as Marianne Leitmetzerin, Sophie’s chaperone. The luxuriously cast Matthew Polenzani is appropriately pompous as the Italian tenor, and is in especially fine voice as he serenades the Marschallin during her morning levée. 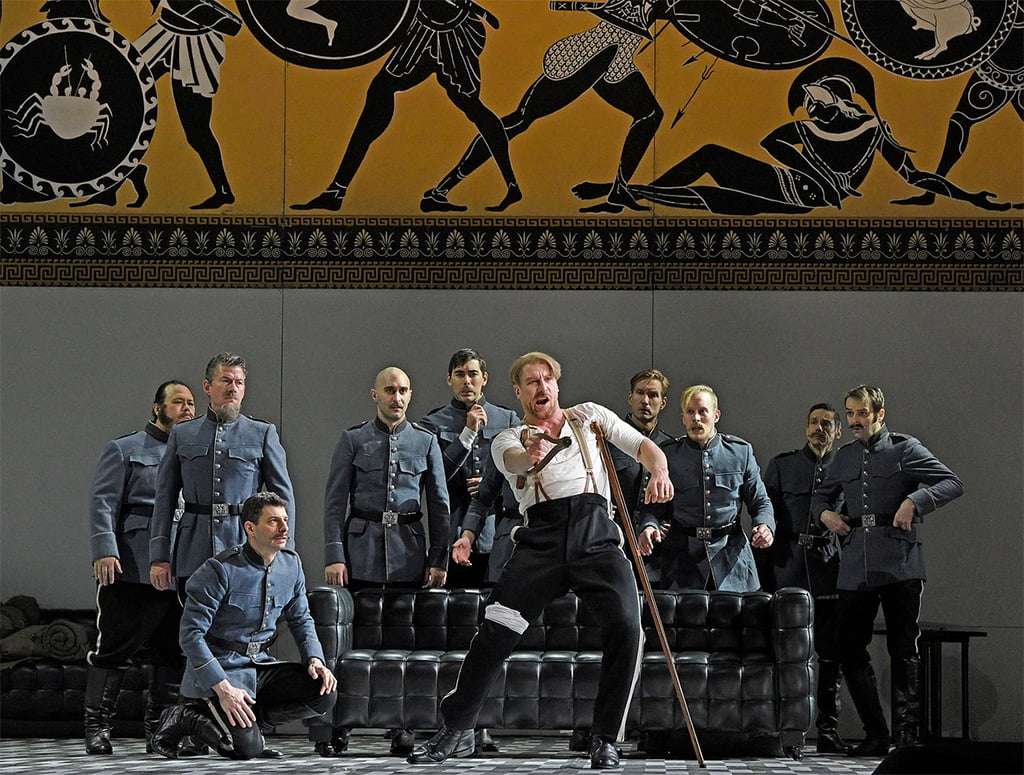 Sir Simon leads a masterful performance, particularly impressive in the softer, more shimmering moments of Strauss’s romantic and richly-constructed score, including the poignant music for the presentation of the rose, but also highly effective in capturing the intensity of more feverish passages. The Met Orchestra responded attentively to his supremely confident direction.

Carsen’s staging is both provocative and uneven. It retains the work’s Viennese locale, but updates the action from the Imperial 1740s to the last years of the Habsburg Empire, specifically 1910, the year of the opera’s composition. Despite the over-the-top extravagance of Paul Steinberg’s set designs, Act One is a joy, both touching and highly amusing. But a chill sets in as the second Act stage is filled with military uniforms and matériel when the twentieth-century Faninal (now an arms dealer) shows up to display his wares – including two full-size howitzers – only moments before his daughter Sophie is to be betrothed to Ochs. In Act Three things coarsen considerably as Ochs chooses a full-out, heavily populated brothel – with a drag queen serving as madam – for his assignation with ‘Mariandel’. However, the excellent performances in this revival by singers and orchestra alike transcend the theatrical packaging to make the evening well worthwhile.