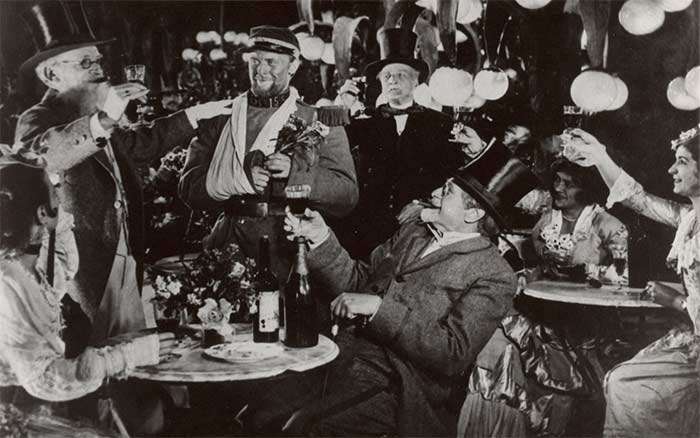 From his teenage years Shostakovich worked as a pianist in the cinema. His first film score was The New Babylon composed when he was twenty-three. The movie had problems with the censors and numerous re-writes were demanded even before shooting started. After two industry previews of the finished film, with Shostakovich performing on the piano, the Moscow censors ordered further cuts. Editing Shostakovich’s score to match proved impossible and early showings were shambolic as the scoring was beyond the abilities of most cinema orchestras. Copies of the piano part, for smaller house, now unfitted for the film, were sold off. A surviving copy provided the material for this first public performance by Sasha Grynyuk. The film’s restoration by Marek Pytel and Jane Elliott is an amalgam of footage from Soviet and Swiss sources and is probably the nearest to the directors’ original although the ending is lost and was shown as a script-only sequence.

From 1929 to 1971 Shostakovich composed music for almost forty films, providing psychological insight and ironic comment. Despite its flaws The New Babylon is an important score, full of contrasting moods and parody. The New Babylon was the seventh film of the partnership of Grigori Kozintsev and Leonid Trauberg, members of FEKS (Factory of the Eccentric Actor), committed to the avant-garde and in favour of popular culture and the machine. The New Babylon represents their aesthetic at its most fully achieved. 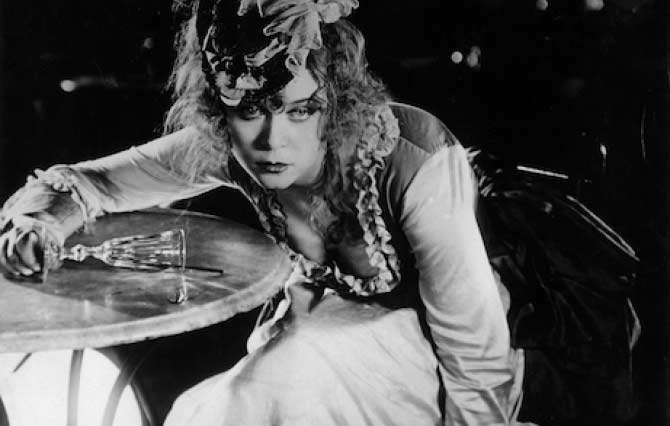 The film is set in the spring of 1871 during the time of the Paris Commune and immediately after the end of the Franco-Prussian war. It centres on Louise (Elena Kuzmina) who works in a department store in Paris called The New Babylon. She is in love with the soldier Jean (Pyotr Sobolevsky) who is on the other side of the political divide. The Parisian bourgeoisie rejoice as war is declared on Prussia and cheer soldiers off to battle.

Throughout the movie there is an equation of war with theatrical spectacle. “Gay Paris” is presented in suitably lascivious and sensuous images with furious drinking, dancing and outrageous behaviour, and the quiet dignity of the Communards is shown in contrast to others’ self-indulgence. The old political order is represented glum statues and gargoyles. The war/theatre analogy is maintained throughout, particularly when the French government moves against the Communards. As the army’s cannons fire the observing bourgeoisie applaud as though watching an opera.

It’s not a subtle film and the extreme parody can become wearing. But it has great energy and life. As Trauberg later admitted, it can be difficult to follow, something not helped by the cuts. There are though moments of magical imagery involving parasols and bales of lace in the store as well as big set-pieces involving Can-Can dancers and trains. Above all, the movie is a gallery of magnificent faces, whether noble or grotesque, with some especially opulent moustaches. The striking Kuzmina plays a spirited and involving heroine.

Shostakovich’s music matches the surreal and stylised manner. A range of revolutionary songs are used for the Communards, including La Marseillaise, as well as French folksongs. His myriad quotations (including from Offenbach) match the film’s fast-paced cross-cutting. It seems that the orchestral score was felt to overwhelm the images. Such a flaw is much less noticeable in the piano version. Sasha Grynyuk was in stunning form throughout, bringing tonal variety along with symphonic unity rendered with feeling and remarkable precision. If the Russian musicians of 1929 could not keep up with Shostakovich’s furious tempos this was never a problem for Grynyuk.