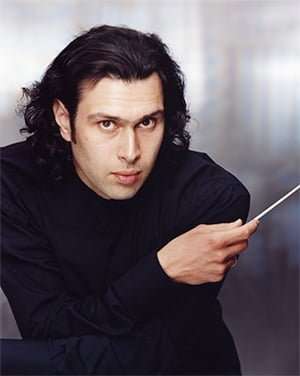 It’s no doubt helpful to have the tag of The Rest of Noise to hang particular hats on, but this mouth-watering collection of four masterpieces should have no need of such promotion … although each probably does!

Anton Webern’s penultimate piece, Variations for Orchestra, may well prove a shock to anyone only knowing his Opus 1, the Passacaglia, which gets irregular outings, let alone those Strauss/Wagner-influenced works that preceded it and which the composer eventually placed to one side, such as Im Sommerwind. Variations (1941) is music of the utmost rigour, economy and clarity, every note significant in absolute musical terms. Scored for an orchestra of woodwind and brass quartets, strings, harp, celesta and timpani, Webern’s eight-minute composition is a continuous and varied commentary pared to essentials, receiving here a precise and lucid performance under a hawk-eye Vladimir Jurowski. 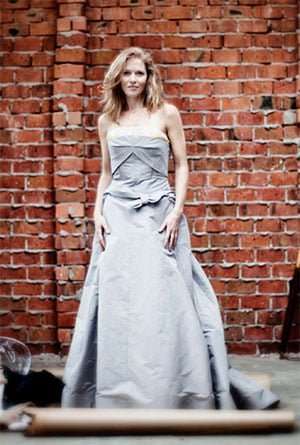 These scores may well be “Music from Dark Times”, primarily the Martinů, but certainly each transcends its era. The music that Alban Berg penned for his operatic treatment of Wedekind has its own darkness … and sleaze. Before the opera was finished, not in fact achieved by Berg at his death in 1935, he made this so-called Suite (more a symphony) to act as a trailer. As meticulous as Webern’s music, Berg’s for Lulu aches with beauty, decadence and humanity, X-rated in some respects. The LPO was in powerfully unanimous and wonderfully articulate form as Jurowski expansively unfolded the lengthy first movement ‘Rondo (Andante and Hymn)’ – music with sax-appeal (Martin Robertson) – making it alluring as well as suggesting Lulu’s desperate state. The palindromic ‘Ostinato’ brooked no quarter in its pulsations and vividness, precisely played, with the eponymous anti-heroine now in sight, dressed for a night’s shady business … Barbara Hannigan’s street-walker impersonation (not as photographed here!) stopping awhile for ‘Lulu’s Song’, her inspiring vocal magnetism fearlessly matching Berg’s considerable demands. The ‘Variations’ that follow were a little earthbound and literal, but fear and trepidation returned for the fateful final ‘Adagio’, Lulu’s prostitution meeting Jack the Ripper’s knife – no scream (occasionally we get one in the Suite, and I bet Hannigan could have belted out a blinder!), but the LPO was suitably lurid with those stomach-churning dissonances. Then Hannigan, now as Countess Geschwitz, lamented for “Lulu – my angel!”. Quite honestly, this performance was quite something.

Considering he had no particular association with the London Philharmonic, the Orchestra very considerately dedicated this concert to the recently-late Sir Colin Davis, and the music fitted, for Sir Colin, when music director of The Royal Opera, conducted the UK premiere of Friedrich Cerha’s completion of Lulu (following Boulez in Paris, 1979) and he was no stranger to these works by Bartók (ECO, 2005) and Martinů (LSO, 2001).

On paper, having the two strings-based works one after the other suggested a lack of timbral contrast, but it made pragmatic sense to do it this way – for had the Berg separated them a second platform change would have taken quite a while; as it was the conversion to antiphonal string orchestras, with other instruments occupying centre-stage, took the majority of the interval to effect. There are other similarities, not only in the scoring, for both works were composed at the behest of Paul Sacher for his Basel Chamber Orchestra and they were composed just two years apart … but they are very different pieces, and a good idea to perform them in chronological rather than the advertised order.

These were not chamber performances. The LPO strings were at full strength, founded on ten double basses (5/5). Jurowski was returning to the Bartók (1936) following LPO outings in 2005 and 2008. The slow movements came off best, both suitably mysterious while also being explicit, the ‘night music’ third particularly spellbinding. The fast movements, although crisp, didn’t take well to some disruptive tempo-changes and were swift enough to feel cramped and not always exact enough; there was though throughout the feeling of a pioneering spirit on behalf of such an innovative work.

Such newness was passed on to Czech-born Bohuslav Martinů (1890-1959), who like the Hungarian Bartók, ended up in the United States. Whereas Bartók adds harp and piano to the named celesta (John Alley), Martinů’s superb Double Concerto (1938) is instrumented exactly as it says on the score’s front page. This was a sensationally good performance of terror-charged music, bristling with incident, driven without inhibition, the first movement’s angular rhythms spat out with fury (Simon Carrington the judicious timpanist) and the impassioned slow movement (a cry of pain from all of the composer’s pores) only reposed by Catherine Edwards’s piano solos, and even they muse soulfully. There was no lack of voltage for the finale, which ends ambiguously … after all, the World was on the verge of War.

This was not only a must-be-there concert, but a challenging one for the LPO, music that demands unstinting and detailed preparation. The Bartók may have slightly drawn the short straw in this respect, but the evening was a triumph, and also recorded … and there’s another fabulous war-torn LPO/RFH programme waiting in the wings on 1 May when Ryan Wigglesworth conducts Vaughan Williams’s presaging Fourth Symphony and Tippett’s Spiritual-infused A Child of Our Time.