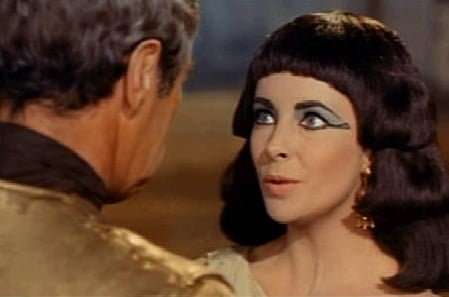 Action! We opened with (the unannounced) Alfred Newman’s stirring 20th Century Fox fanfare. And then it was straight into the Cleopatra Symphony, John Mauceri’s concert arrangement of Alex North’s score for the eponymous film from 1963, directed by Joseph L. Mankiewicz, the cast including Elizabeth Taylor, Richard Burton and Rex Harrison. At 25 minutes, this is a genuinely symphonic synthesis of North’s masterly music; and, typical of the concert as a whole, the orchestration used was the original, John Mauceri a master of archival retrieval and forensic investigation for films and indeed musicals. Exotic melody and colour saturates North’s score, sultry and lush strings denote passion, rhythms are pulsated by percussion, and there are suggestions of love in ‘Caesar and Cleopatra’. Mounting tension and searing drama are a significant part of a spellbinding score of graphic story-telling. Whenever music by Alex North (1910-91) is played, it is an admirable find, a composer who can suddenly conjure richer strings and sonorous trombones to create a more pacific atmosphere, as here for ‘Anthony and Cleopatra’. 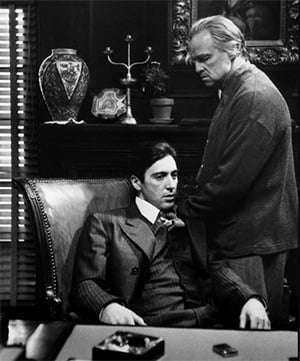 Mauceri judged well when to speak; not before a note of music was played (which in some previous RoN concerts has proved a real dampener), but after the substantial Cleopatra, itself a good choice of opener, slow-burn and enveloping the listener more and more. Mauceri’s friendly style and informed comments were to the point. He went on to The Godfather, music by Nino Rota (1911-79) for the first two films directed by Francis Ford Coppola. (Rota had passed on by the time of Godfather III.) The composer, much associated with Federico Fellini’s films, produced a special score for Coppola and Mauceri has made a 15-minute concert work from the two film scores, which opens with a soulful trumpet solo, sensitively played here by Paul Beniston, and then mixes folksy and passionate material – charming and suggestive – saxophone, mandolin and the so-evocative accordion in the mix. With at least one indelible melody (often to be heard in a busker’s repertoire) and with partying and tragedy as bedfellows, a simmering verismo opera unfolded before the ears.

It was surprising for the Waxman item (his dates, 1906-67) that no mention that this concert item derives from the score for Taras Bulba (1962); from what sounds to be an army arriving from the distance, we were soon enjoying catchy rhythms, brilliant orchestration, and swaggering and spectacular results, the LPO responding in kind. 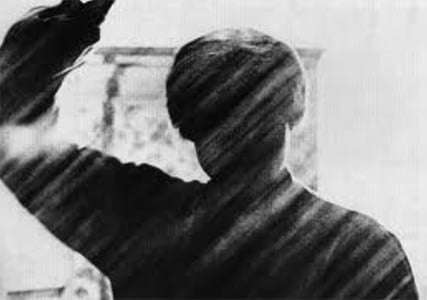 For Alfred Hitchcock’s Psycho, New Yorker Bernard Herrmann (1911-75) – Mauceri (himself a New Yorker, born 1946) confirmed the New York way of really emphasising the two syllables of Herrmann’s first name “Ber–nard” – chose the black and white sound of strings only to match Hitchcock’s choice of photography. Mauceri now opted for antiphonal violins given that in this music, the two sections are “antagonistic”. This punchy, sinister, agitated and febrile music, with motoric rhythms, never fails to thrill, and those iconic fateful stabs in the shower (the demise of Janet Leigh’s character) were suitable deadly. Another desk of cellos and a couple more double basses would have been welcome, though, for a little more weight; come the close, a Shostakovich-like ‘no way out’ bleakness was much in evidence (moral: don’t separate film scores from music written for the concert hall).

Branislaw Kaper (1902-83) wrote the music for the re-make of Mutiny on the Bounty (1962), in some respects the least-distinguished score on offer here, but uplifting in its naval regality, with crescendos like ocean swells, and an extravagant orchestration including piano, two tubas, two harps, and another burst of accordion. It was no expense spared in those days, composers lavish with their demands, and one imagines with an eye on posterity and life beyond the movie house. For Mutiny there was also an unexpected and not-credited contribution from a chorus, coming from backstage and which seem recorded (recalling the advertising slogan, “Is it live, or is it Memorex?”). If Kaper’s music here lacks ultimate honour, his use of sea-shanties was foot-tapping, and the vividness of ‘Storm at Sea’ was gripping, a sense of rebellion in the air, and there was poignancy a plenty come Fletcher Christian’s death.

Finally to space and some interstellar wizardry courtesy of Jerry Goldsmith (1929-2004) exploring a deep sense of whatever is beyond the clouds. Anyone expecting Alexander Courage’s theme music for the television Star Trek would have been denied, but here the freedom to explore the next frontier was given multifaceted resonance. 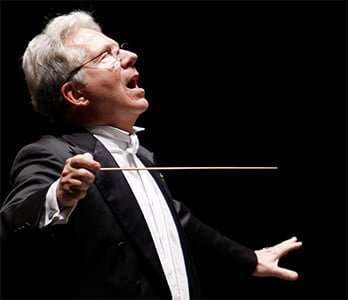 This was no ordinary concert of film music, not limited to snatches of titles or bits of hits; this was depth, thrills and beauty on a grand scale, superbly played with virtuosity, sensitivity and relish. We weren’t done though for Mauceri had a couple more reels to show. From the David Lean-directed Lawrence of Arabia (Peter O’Toole), Maurice Jarre’s drily-sun-drenched ‘big tune’ panorama led to a percussion-fuelled war dance. At the 1962 sessions to record Jarre’s score, cellist Santiago Carvalho was a member of the LPO; he remains so to this day and was playing in this concert; he took a bow at Mauceri’s request. Finally, Ennio Morricone (born 1928, the one composer played here who is still alive) who aligns himself with Richard Strauss and Mahler (says Mauceri) to bring symphonic concert-hall music to the film studio. From Once Upon a Time in America, ‘Amapola’ (I think) was given in Henry Mancini’s beautiful arrangement, sweet and late-Romantic; if akin to Mahler then this is mostly a kinship with his (unfinished) Tenth Symphony). It was tenderly played and deeply affecting.

The Rest is Noise festival dictated the years featured in this concert. There is more from these decades and of course from the three that preceded them. John Mauceri clearly has a director’s cut to these scores. What was I believe his debut with the LPO was a great success; it would be nice now if a film-music night under his guidance could be a regular happening in the orchestra’s schedule for this was a vibrant and illuminating evening, one without an image projected onto a silver screen, the music transcending such an absence – and that surely is the point. That’s a wrap!