Don Quixote – Ballet in a Prologue and three Acts to choreography by Carlos Acosta after Marius Petipa, based on an episode taken from the novel Don Quixote de la Mancha by Miguel de Cervantes 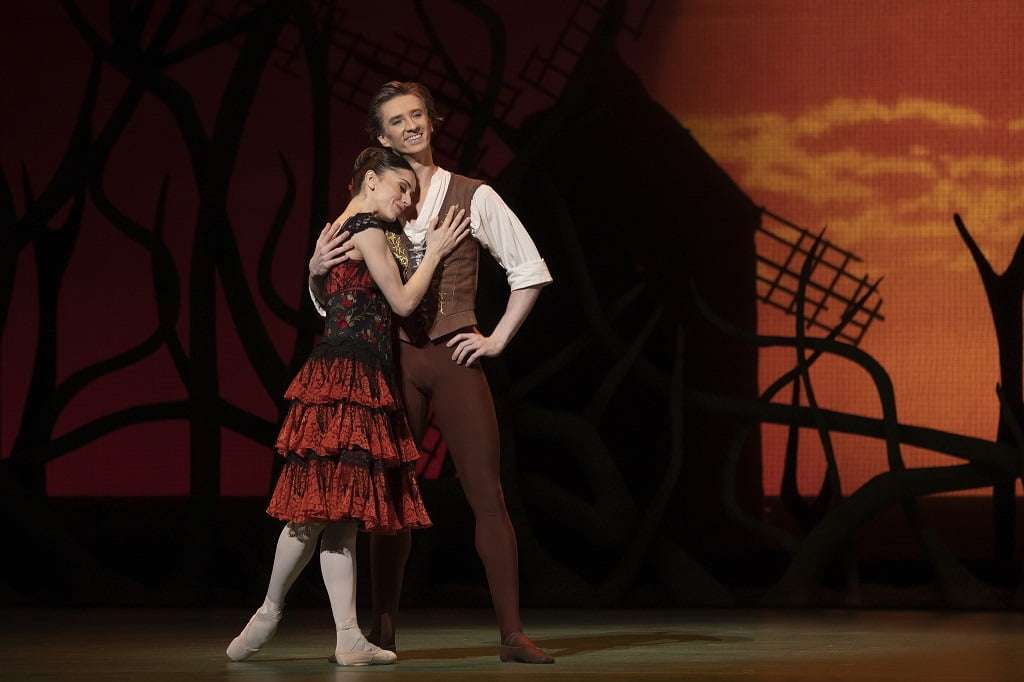 Don Quixote is not a natural fit for the The Royal Ballet; it requires an almost brazen quality which makes the choreography sing and the audience forget the preposterous plot line, and brazen is rarely, if ever, something that can be pinned on this particular company. To give full credit, the current ensemble does its level best to mask their innate polite reserve, although there is always the nagging suspicion that this is not their natural approach. Carlos Acosta’s production is the company’s third after the ballet entered the repertoire in the 1980s, and was preceded by Mikhail Baryshnikov’s spartan version for American Ballet Theatre and then a dusty production of Nureyev’s, borrowed from Australian Ballet under the ill-fated tenure of director Ross Stretton. Neither was ever taken to heart by the audience and, one suspected, the dancers, so it came as something of a surprise that Carlos Acosta was asked to stage his own version in 2013, given that he had never put on a full-length ballet. It was received well, despite some reservations about his choreographic tinkerings and the look and sound of the production. The current leadership clearly believes in both the ballet and this production, so here it returns in revival with several interesting changes of cast.

Tim Hatley’s stage designs look all well and good until buildings, including windmills, start to move around the stage, while Act Two’s Vision Scene is ill-judged with huge flowers and branches dwarfing the dancers. Your reviewer is not a fan of his costuming which, for the townsfolk especially, has a muted, washed-out colour palette, while the gypsies’ outfits are plain ugly. It is better for the principal dancers and, while it was bold to put the lead couple in white for the famous final pas de deux, it is a gamble that pays off.

Martin Yates has wrought the same effect on Minkus as he did on Massenet: as with his re-orchestration of the music of Manon, his tidying up of the score for Don Quixote (traditionally a delightfully rambunctious pot-pourri) has produced a polite version which at crucial moments lacks bold and bright sound colouring. Acosta’s manipulation of the choreography too is uneven. It is at its best when solos, duets and ensembles follow on from each other in a tumbling momentum of movement, as in Act One when the storyline is practically abandoned in favour of pure, joyous dancing. His structure for the ballet falters seriously in the second act, with a dull, dully choreographed and dramatically useless gypsy encampment scene, the movement for which, neither classical nor character, is a little more contemporary than is quite right in this context. The gypsies give way to a vision scene which feels oddly truncated and unimpressive, ending seemingly almost as soon as it has begun, an oddly unsatisfying vision of dancing dryads in which Petipa’s finely crafted stage patterns are altered and blurred by Acosta’s hand. This is usually a beautiful ballet blanc, but in this production, it is far less of a showpiece of Classical dancing than usual. Amid the madcap caperings of the rest of the ballet, it usually takes us onto a purer, higher plane; in Acosta’s version, it feels incongruous. 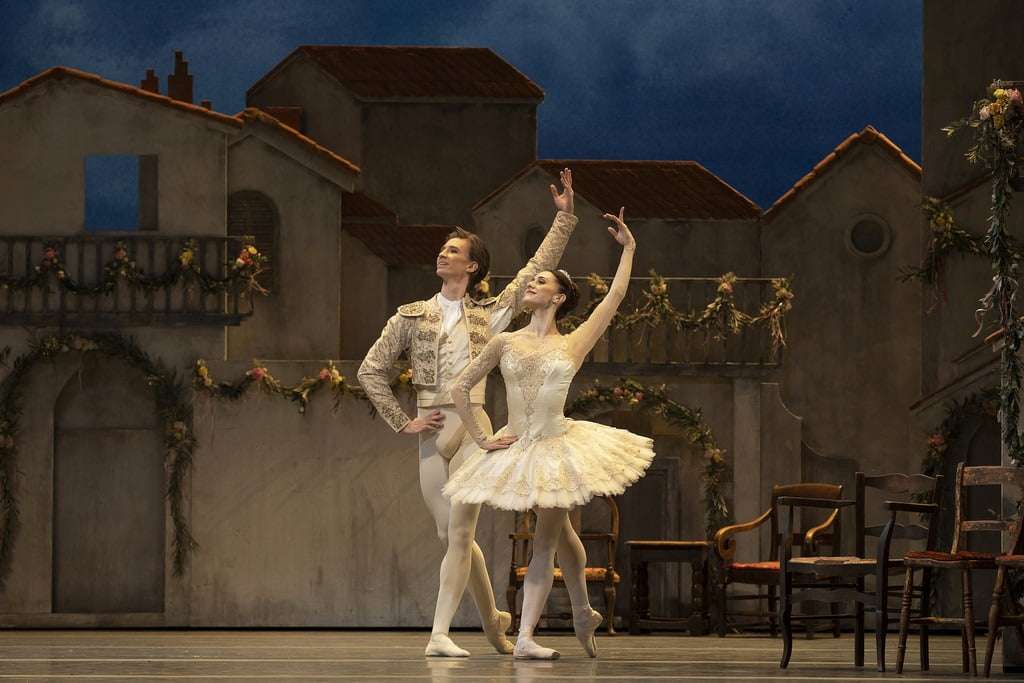 We were on surer ground with the performers themselves, which were tremendous. That Gary Avis was a younger, more vibrant Don Quixote than we are used to does not detract from his brilliance as a character dancer and the fact that he placed the old knight fully at the centre of the action: funny, a bit weird and intensely human. He was ably abetted by David Yudes’s Sancho Panza. Yudes, an up and coming fire-cracker of a dancer, revealed a gift for comedy as the side-kick in the fat suit, and managed to knock off some whirlwind spins at the finale, as if to remind us that there was a young dancer beneath all that make up and costume. A real sense of verve from the company as assorted townsfolk, matadors and street urchins, each and every one eagerly seizing their moments in the limelight – from the quartet of leaping beggar boys (clearly the Spanish cousins of those at the beginning of Manon) to the preening, posing matadors in their impossibly tight scarlet trajes de luces.Mayara Magri was a sultry Mercedes to Ryoichi Hirano’s impossibly macho lead matador Espada. He, especially, camped it up a storm with strutting, rutting dancing which made all the girls swoon. Yuhui Choe was a serene Queen of the Dryads, crafting her solo with evident care and bringing Classical purity throughout, while Meaghan Grace Hinkis judged Amour to perfection, never over-egging the pertness of the character, while darting to-and-fro with lightning speed. The whole company looked on splendid form.

And so to the lead couple, a pair of British principal dancers (a rare occurrence indeed at The Royal Ballet), Lauren Cuthbertson and Matthew Ball. Prior to performance, it was difficult to imagine them both in the demi-caractère roles of Kitri and Basilio, both more naturally prince and princess than barber and innkeeper’s daughter. How wrong one would have been – they both gave performances of the highest quality throughout. Ball, newly promoted to Principal, has had a whirlwind year which included a sabbatical to dance the lead in Matthew Bourne’s Swan Lake over Christmas. He surprises at every appearance with new-found confidence and technical mastery, as well as an ability to create and flesh-out character; and so it was with his Basilio, full of detail and subtlety, while also filling the stage with open, confident movement. His line is particularly pleasing, and he never forgets the importance of the arms and hands in completing the choreography, so, while he may not be a natural virtuoso, his execution of the character’s multiple leaps and turns is never less than wholly satisfying. He never loses his natural danseur noble qualities but overlays them with an engaging boy-next-door personality, but, that said, one would not be entirely surprised to find out that this town’s barber was in fact the son of the Duke of Medina Sidoña in disguise. His partnering is extremely strong and he makes a visually pleasing pairing with Cuthbertson in terms of height and proportions.

As Kitri, Cuthbertson too was dancing a little against type – she is at her finest in the ‘pure’ ballerina roles and, indeed, as Don Q’s Dulcinea in the Vision Scene, was at her most classically pure, carving out the movement in alabaster – but she is also a fine actress and has a clear gift for comedy, as she showed recently in The Two Pigeons, so she made much of the minx-like innkeeper’s daughter. She showed full command of the choreography, utterly unfazed by the show-off turns and spins, was playful with the music and the choreography, used a natural rubato in her dancing which gave life to the steps.

A word about scheduling. As this season has progressed, certain overlaps and curious juxtapositions have become apparent. Musically and thematically, all is not quite right: it seems strange to schedule two ballets with music by Ludwig Minkus (La Bayadère and Don Quixote) in the same season, all the more so that Acosta and Yates chose music for a new interpolated pas de deux for Kitri and Basilio in Act Two of the latter which is used in Act One of the former for Nikiya and Solor. Additionally, the company and its audience have just been treated to much gypsy choreography in Ashton’s The Two Pigeons only to see yet more in the production which follows it in the schedule. Strange.