Skip to content
LnRiLWNvbnRhaW5lcltkYXRhLXRvb2xzZXQtYmxvY2tzLWNvbnRhaW5lcj0iNmIzNDMzNmNmZTc3NWZiNGJlMTVjMmIwMzU3NWM1MjYiXSB7IHBhZGRpbmc6IDI1cHg7Ym94LXNoYWRvdzogNXB4IDVweCAxMHB4IDAgcmdiYSggMCwgMCwgMCwgMC41ICk7Ym9yZGVyOiAycHggZG90dGVkIHJnYmEoIDEwOSwgMTA4LCAxMDgsIDEgKTsgfSAudGItZmllbGRbZGF0YS10b29sc2V0LWJsb2Nrcy1maWVsZD0iODM3Y2ExZjc0MGRjZDdkOTdlMzQzOWMyYjIwMWZmZTMiXSB7IGJhY2tncm91bmQtY29sb3I6IHJnYmEoIDIzOCwgMjM4LCAyMzgsIDEgKTtwYWRkaW5nLXRvcDogMTBweDtwYWRkaW5nLWJvdHRvbTogMTBweDtwYWRkaW5nLWxlZnQ6IDEwcHg7IH0g
LnRiLWNvbnRhaW5lcltkYXRhLXRvb2xzZXQtYmxvY2tzLWNvbnRhaW5lcj0iNmIzNDMzNmNmZTc3NWZiNGJlMTVjMmIwMzU3NWM1MjYiXSB7IHBhZGRpbmc6IDI1cHg7Ym94LXNoYWRvdzogNXB4IDVweCAxMHB4IDAgcmdiYSggMCwgMCwgMCwgMC41ICk7Ym9yZGVyOiAycHggZG90dGVkIHJnYmEoIDEwOSwgMTA4LCAxMDgsIDEgKTsgfSAudGItZmllbGRbZGF0YS10b29sc2V0LWJsb2Nrcy1maWVsZD0iODM3Y2ExZjc0MGRjZDdkOTdlMzQzOWMyYjIwMWZmZTMiXSB7IGJhY2tncm91bmQtY29sb3I6IHJnYmEoIDIzOCwgMjM4LCAyMzgsIDEgKTtwYWRkaW5nLXRvcDogMTBweDtwYWRkaW5nLWJvdHRvbTogMTBweDtwYWRkaW5nLWxlZnQ6IDEwcHg7IH0g
Anastasia – Ballet in three Acts to choreography by Kenneth MacMillan based on the story of Anna Anderson, who purported to be the Grand Duchess Anastasia Nikolaevna of Russia
LnRiLWNvbnRhaW5lcltkYXRhLXRvb2xzZXQtYmxvY2tzLWNvbnRhaW5lcj0iNmIzNDMzNmNmZTc3NWZiNGJlMTVjMmIwMzU3NWM1MjYiXSB7IHBhZGRpbmc6IDI1cHg7Ym94LXNoYWRvdzogNXB4IDVweCAxMHB4IDAgcmdiYSggMCwgMCwgMCwgMC41ICk7Ym9yZGVyOiAycHggZG90dGVkIHJnYmEoIDEwOSwgMTA4LCAxMDgsIDEgKTsgfSAudGItZmllbGRbZGF0YS10b29sc2V0LWJsb2Nrcy1maWVsZD0iODM3Y2ExZjc0MGRjZDdkOTdlMzQzOWMyYjIwMWZmZTMiXSB7IGJhY2tncm91bmQtY29sb3I6IHJnYmEoIDIzOCwgMjM4LCAyMzgsIDEgKTtwYWRkaW5nLXRvcDogMTBweDtwYWRkaW5nLWJvdHRvbTogMTBweDtwYWRkaW5nLWxlZnQ6IDEwcHg7IH0g 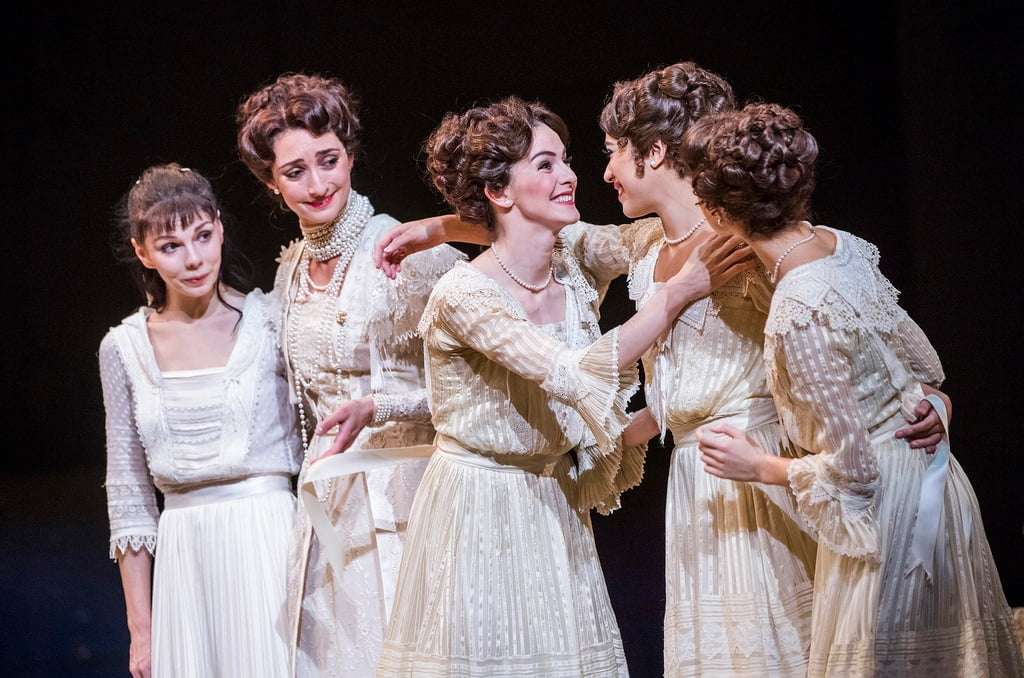 Like its eponymous central character, Kenneth MacMillan’s Anastasia is a ballet in search of its own identity. This exploration of the quest for oneself first appeared in 1967 in a one-act version during the choreographer’s ultimately unhappy period as Director of the Deutsche Oper, Berlin at a time when the city itself was suffering from its physical split into East and West, and in its identity between Communism and democracy. The story of Anna Anderson who claimed to be the Grand Duchess Anastasia, only surviving member of the Imperial family, neither proved or disproved during her lifetime, could not have been more apt for that fractured city. That single, expressionistic act then became a third of a full-length work for The Royal Ballet in 1971, with the original Anastasia Lynn Seymour resplendent in her incomparable artistry; it is perhaps the ballet which bears most strongly the imprint of both her physicality and her genius.

Fitful revivals have revealed this three-act work as of mixed success, with great strengths and weaknesses. The fundamental flaw is that the first two Acts (set to Tchaikovsky symphonies) always feel like preludes to the real meat of the ballet, the third. How then to pull them tighter together, to interweave them? That is something that MacMillan’s widow has tried to do in revivals after his death, and this 2016 series of performances sees even more cuts and changes of focus. Is it best left alone or is she justified in trying to make Anastasia a more viable theatrical experience? Only time will tell. 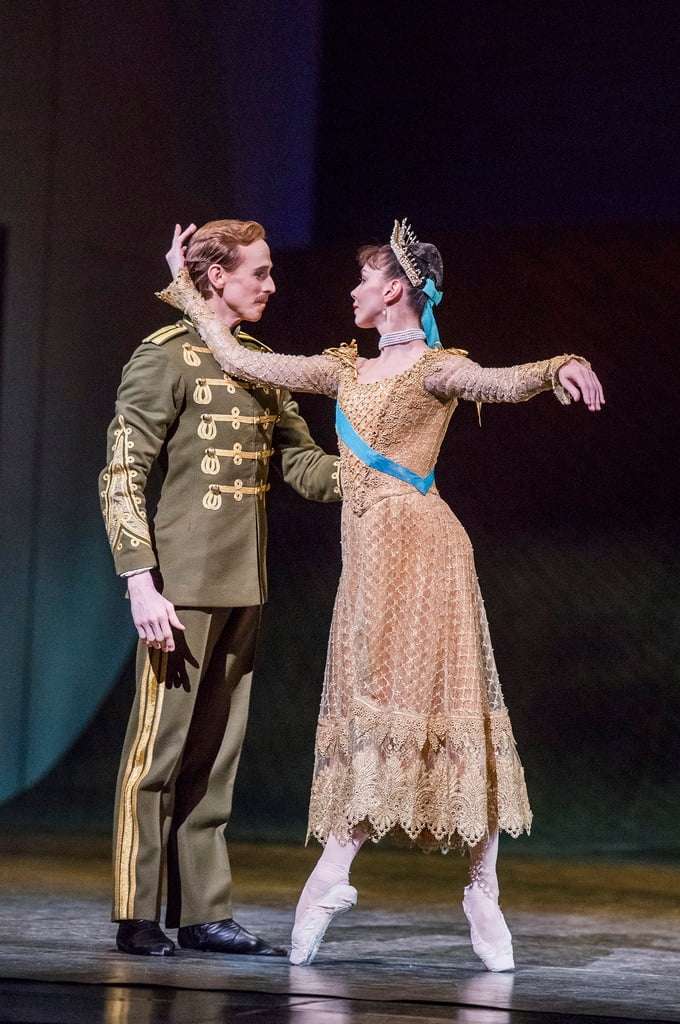 Alas, on the evidence of the opening night, it will take stronger and more focussed performances to make the best of cases for this work. Whether the changes have ultimately weakened an already tenuous narrative is hard to say, but I do not remember from the last revival soon after the turn of the millennium Anastasia being so episodic. Nor do I remember taking quite so forcefully against the first and second Act settings by Bob Crowley. In contrast to the detailed and essentially period costumes, the sets strike a queasy, off-kilter note, supposedly to denote the imprecise memories/fantasies of Anastasia/Anna Anderson – if one is unfortunate enough to be seated on the right of the auditorium, one misses the façade of the Winter Palace (which serves as a ‘side-drop’ to the Act Two Ballroom Scene) altogether.

Act Three, which contains some of MacMillan’s most brilliant expressionistic choreography looks as it always had (in this production, at least), even if there has been tinkering here too, not least in how the Act begins – it used to open with Anderson watching film footage of the Romanovs (also invisible from my seat). No longer.

But to this performance. Natalia Osipova, Russian star import, was the first cast Anderson/Anastasia. In truth she only began truly to convince during the third Act; until then, she was visibly trying very hard to portray the young Grand Duchess who first enters (as in home film footage) on roller skates. She possesses none of the roundness which so characterised Seymour’s movement quality, being more angular, nor the flexibility of the torso, nor the expressiveness of the hands which are intrinsic to the role. While she works to nail the choreography of the legs and feet, a distinct lack of precision characterises her upper body and arm work.

For fidelity to the requisite style, Christina Arestis as the Tsarina gave a model lesson, full of grace and majesty, her portrayal flecked with deep melancholy. Osipova was more comfortable in the brutal extremes of the third Act, set in a plain grey stage box and with a single hospital bed. She relishes the anguish of the confused mind which fills with shattered memories (or fantasies): unconvinced post-Revolution Russian ladies mingle with Bolshevik troops, the Imperial family and asylum nurses in a kaleidoscope of half-narratives. She certainly launches herself into the lunges, kicks and wide-eyed horror of the role in this Act – in the final minutes her attack on Rasputin (a constant in her fevered mind, and, in this revival, given even more prominence than ever before) is genuinely savage, frightening almost, and it was at this moment that one finally felt that Osipova had ‘let go’ and entered definitively into the role. 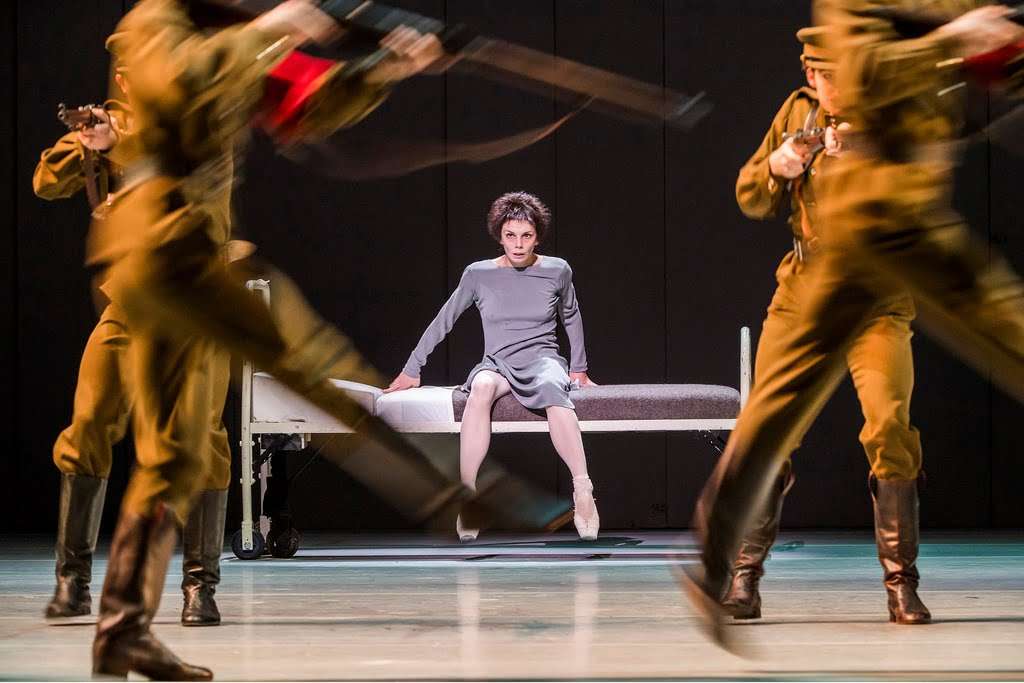 The rest of the ballet is, if truth be told, a setting for the central character’s performance. Mayerling, the ballet it most closely resembles, is a later work and MacMillan by then had seen the need to present rounded characterisations for the large cast. In Anastasia, the officers on the Imperial yacht Standart, are just dancing officers, whereas in Mayerling, the Hungarian officers dance, yes, but are clearly plotting for an independent Hungary. The Tsar and Tsarina in Anastasia are generic father and mother-figures, their Act One pas de deux cousin germain to Elgar and his wife in Ashton’s Enigma Variations, while in Mayerling Franz-Joseph and Elizabeth have layers of character.

And yet, Anastasia can work far better than it did here on opening night. It will need greater belief in the work itself and in their own characters from a company of dancers whose performances were, for the most part, careful, well-mannered, but generally lacking colour, attack and emphasis. Without intensity, Anastasia’s seams begin to show. It will certainly need a better musical conception of the Tchaikovsky symphonies than Simon Hewett’s leaden attempt – slow and four-square, it drained all sweep, passion and drive from the music; the Martinů fared better. Two further casts are scheduled, one led by the company’s finest dance-actress Laura Morera.