This review covers two performances. In the above listing, the first-named danced on 28 April 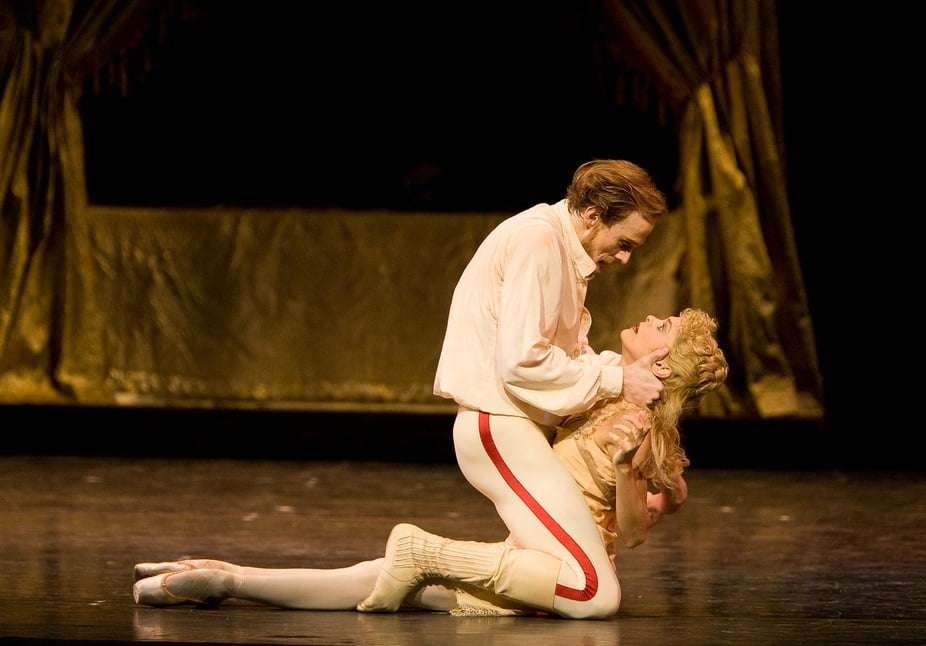 Kenneth MacMillan’s Mayerling is perhaps the most ambitious and, ultimately, successful of narrative ballets, a work in which the movement is woven through both warp and weft into the telling of a dark, psychologically complex story. It has taken a long time for this 1978 ballet to ‘come of age’, but, in this latest, powerful revival by The Royal Ballet, it reassumes its rightful place at the heart of the repertoire, showing exactly what can be achieved in this artistic medium all-too-often seen as superficial and ephemeral. That it also comes as an antidote to the welter of second- and third-rate ballets now populating this company’s schedules is doubly welcome.

Two successive performances revealed the quality of this revival and the depth of talent in this ensemble, with wholly different casts presented in what is a huge logistical undertaking to recount the sorry tale ending in the suicide/murder of the heir to the Austro-Hungarian empire Rudolf and his lover Mary Vetsera at the hunting lodge at Mayerling. What appears a complicated scenario unfolds with impressive clarity, Rudolf’s descent into madness and drug addiction set within and against the stifling imperial court, and intense, desperate duets snatched in breaks from ensemble.

The ballet looks as impressive as ever in Nicholas Georgiadis’s original designs, the simplicity of the the stage settings contrasted with the period sumptuousness of the costumes – the first scene’s procession with a seemingly endless parade of uniformed, gowned and cloaked nobles dazzling to the eye. Martin Yates led the orchestra in a richly textured rendition of John Lanchbery’s masterly patchwork score of Liszt, the strings particularly characterful; special mention for the mezzo-soprano Catherine Carby as Katherina Schratt, the Emperor’s friend/mistress who sings at his birthday celebrations. This ballet allows the viewer to see The Royal Ballet at its very best, fully in its own artistic tradition of Classical dance shot through with expressionistic innovation and suffused with detailed characterisation. 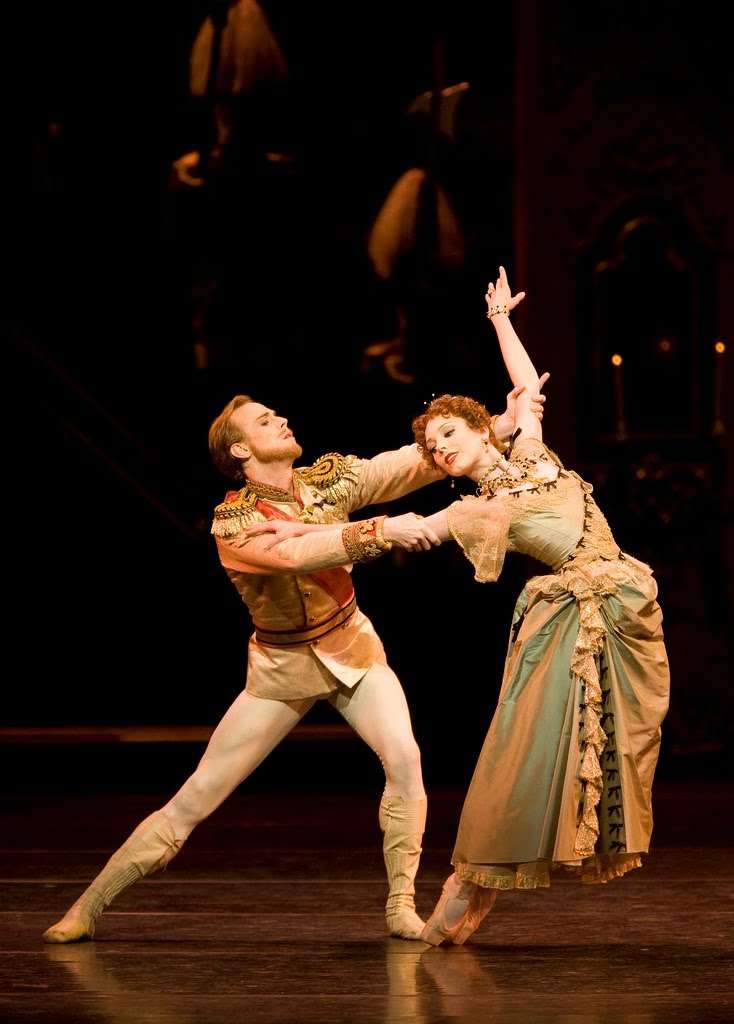 The central role of Rudolf is perhaps the most difficult in the repertoire, combining the need for powerful acting, an exploration of dark, troubling sides to one’s own humanity and sheer stamina to be able to survive the physical demands of the countless duets which often push the dancer to his limits in terms of partnering, as well as bursts of near virtuoso dancing. It has proved a mighty showcase for the talents of The Royal Ballet’s finest, from its creator David Wall, through Stephen Jefferies to Irek Mukhamedov and Johan Kobborg, and now to Edward Watson, returning to the role for the last time, and Federico Bonelli, essaying it for the first.

Watson is simply magnificent, giving a deeply damaged man whose inability to live in the gilded cage into which he was born is apparent from his first appearance. His interpretation is finely wrought, thought through in astonishing detail, the portrait of a doomed individual who will not escape his own destruction. He is at his blazing best in the later scenes as MacMillan’s movement vocabulary shifts subtly to the expressionistic and the extreme, a mirror for the fracturing mind and persona of the Crown Prince – his final, desperate, harrowing duet with Mary Vetsera before their double suicide was almost unbearable. This is perhaps the greatest achievement of his long and illustrious career.

Bonelli is starting his journey into the role, but his debut was impressive. Known as an elegant, measured classicist, a born ballet prince, Bonelli has dug deep into his artistry to explore new aspects – his Rudolf starts as that prince, a carefully wrought solo at his wedding ball notable for its purity of line, only to descend progressively into agony and despair. In the Act One he is more a lost soul than Watson, desperate for the love of his mother, the Empress Elizabeth – their scene together in her apartments communicated powerfully his aching need. Rudolf’s discovery of Mary means something different for each dancer: for Watson, she is a welcome accomplice to his already destructive plans; for Bonelli, she actively leads him down that path. Both interpretations are valid. Bonelli’s physical and mental degradation by the end of the ballet made for harrowing viewing – ultimately it is his Rudolf that falls further, whereas Watson’s portrayal of human-being shattered by the world plumbs the greater depths. 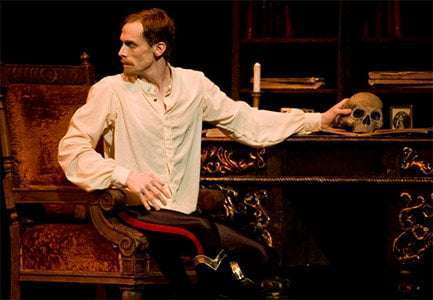 Two outstanding Mary Vetseras: Watson with Natalia Osipova and Bonelli with Laura Morera. Osipova brings her astonishing physicality to the role, hurling herself into the part and at Watson with what feels almost like recklessness. Her Mary is already a corrupt child, her seduction of the Prince which closes the first Act, just that, a virgin who has already lived in her mind all that she does with and to Rudolf. Morera, making the move from the role of Countess Larisch to that of Vetsera, is more convincing at the outset as a girlish innocent for whom the sight of Rudolf unleashes a wave of desire which she does not, perhaps, at first quite understand. Morera dances with her trademark musicality, nowhere more so than in her card-scene solo in which she trips with youthful delight at Larisch’s fortune-telling prediction that her romantic dreams will be fulfilled. Both dancer’s willing descent into Rudolf’s madness is utterly convincing, their willingness to die for and with him unflinching.

Sarah Lamb, the one dancer to dance both main female roles in this ballet this season, is a richly drawn Larisch with Watson, Rudolf’s ex-mistress, who turns procuress to serve the man she still loves. She presents as a scheming flibbertigibbet, a court butterfly with a steak of sexual defiance – Lamb brings all elements of this complex character together with great artistry.

For Bonelli’s Rudolf, Meaghan Grace Hinkis was a superb Princess Stephanie, his unfortunate wife – their bedroom duet was the terrifying experience it must be – the prince threatening and brutalising her on their wedding night. Hinkis, a young dancer who has proved exceptionally versatile in the company’s repertoire, gives some defiance to the character – she tries to fight back, to win Rudolf round, but to no avail. Marianela Nuñez made much of the prostitute Mitzi Caspar, her dancing flawless as usual, but many small touches of character and acting added and delivered in such a way as to register with the audience while Zenaida Yanowsky made much of the repressed Empress who cannot give her son the love he craves, but can find solace in the attentions of her lover. 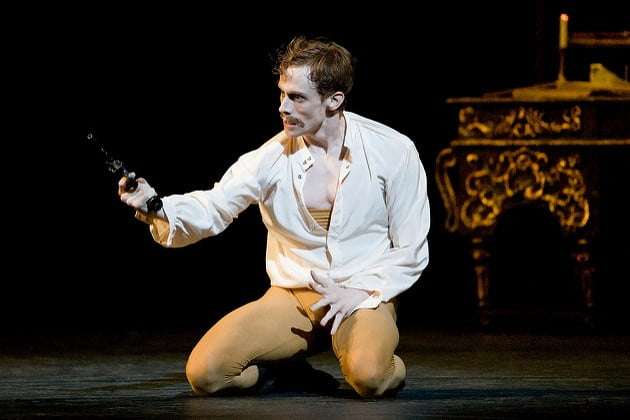 Bratfisch, the prince’s factotum, was impressively danced in Bonelli’s cast by James Hay, and Alexander Campbell with Watson. Both dancers caught the virtuoso element needed in the role’s two solos, but also the deep affection for their master and, in the final scene, the increasingly desperate attempts to deflect him from what they know is resolve to put an end to himself. Elsewhere, the standard of male dancing in particular impressed – the four Hungarian officers in both casts leapt and spun with the best. The myriad of character parts at court tests the company’s standards of acting which, on the showing of this revival, remain of the highest standard.

This is a mightily powerful revival, in which this great company shows itself to its very best advantage. For those who wish to see outstanding performances in a work which takes the art form to the heights of narrative dance, it is simply essential viewing.