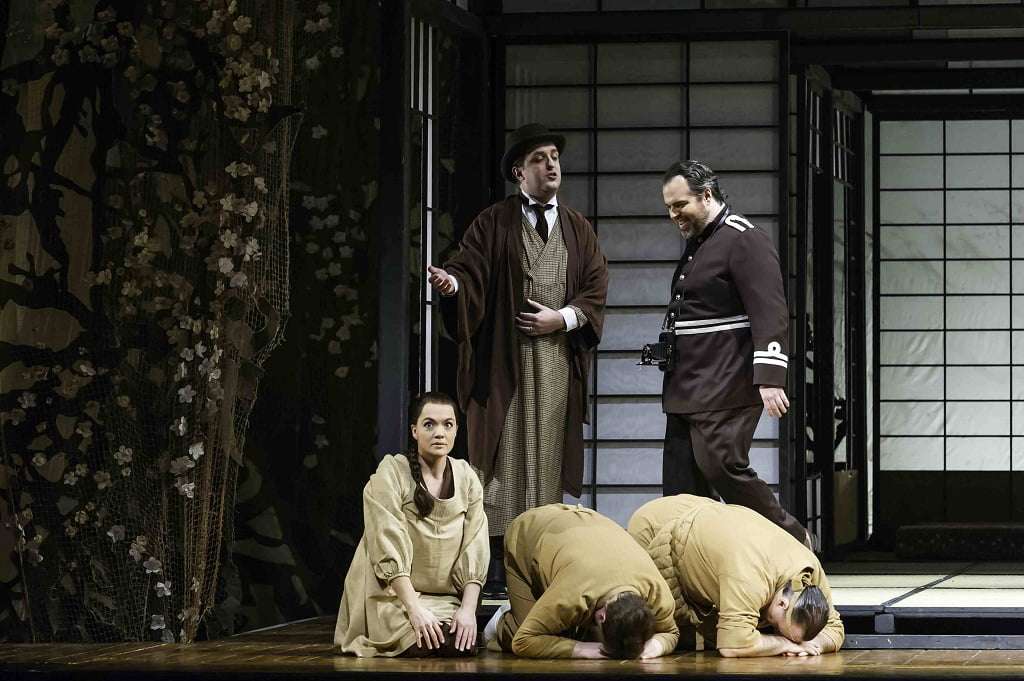 Recycling this legendary production by Joachim Herz of Puccini’s Madama Butterfly, Welsh National Opera’s latest revival of its longest-running show is well into its UK tour. It’s a classic, traditional staging and has lost little lustre. Singing, characterisation and playing are firmly in place, yet more account could have been taken of the unenclosed pit (or possibly the Mayflower’s acoustic) which, at times, caused problems of balance, the orchestral presence too great.

Reinhart Zimmermann’s sepia-tinged set dominates the stage. Although subtly lit by John Waterhouse, the position of this fragile house – all silk screens and sliding panels and surrounded by beige floral drapes – never quite suggested it was perched on a hilltop outside Nagasaki. Added to this monochrome interior are Eleonore Kleiber’s costumes, further shades of brown that, despite attempts to inject colour into the wedding ceremony and flower scene, ultimately dulled the senses. 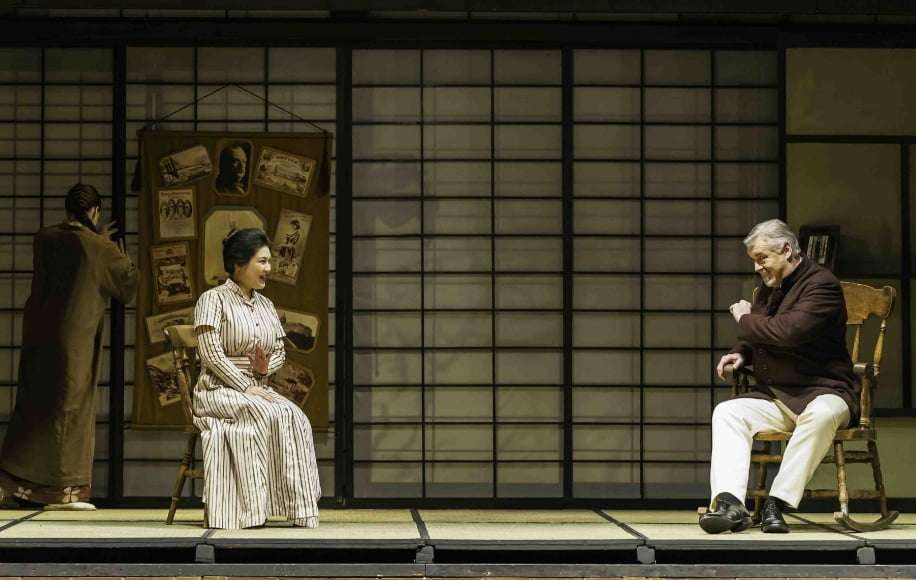 Previous WNO portrayers of Cio-Cio San (Madama Butterfly) have included Amanda Roocroft and Helen Field; and now, making her debut with the company, the rich-toned South Korean soprano Karah Son has emerged. She studied under Mirella Freni, looks the part and is fully credible vocally, as last year for Glyndebourne. Son has a firm and secure voice throughout the range, and she can knock out high notes with ease, and also deliver innocence and heartbreak in equal measure; ‘Un bel dì’ (naively picturing Pinkerton’s return) was powerfully moving. Elsewhere in Act Two she produced plenty of gorgeous, creamy tone and her steadfast faith in her charmless suitor was matched by unwavering stamina and focus.

Paul Charles Clarke was a solid Pinkerton and by no means one-dimensional in character; his disregard for Japanese conventions and insensitivity toward Butterfly’s relations (considering them “absurd”) was countered later by genuine remorse. Vocally confident, Clarke’s voice didn’t always possess sufficient strength or clarity to project across the orchestra and high notes lost control. By contrast, David Kempster – an avuncular Sharpless – was persuasive in voice and warm in personality, a far more benevolent presence than the scheming if vocally convincing marriage-broker Goro; Simon Crosby Buttle’s attractive voice has the makings of a Pinkerton.

Rebecca Afonwy-Jones as Butterfly’s faithful servant Suzuki grew in stature, coming into her own in Act Two and bringing strength of character and voice, raging over Goro’s eavesdropping and increasingly frustrated by Butterfly’s fidelity. A shame the great Trio near the end – one of the most moving passages – was rendered almost inaudible by the orchestra. 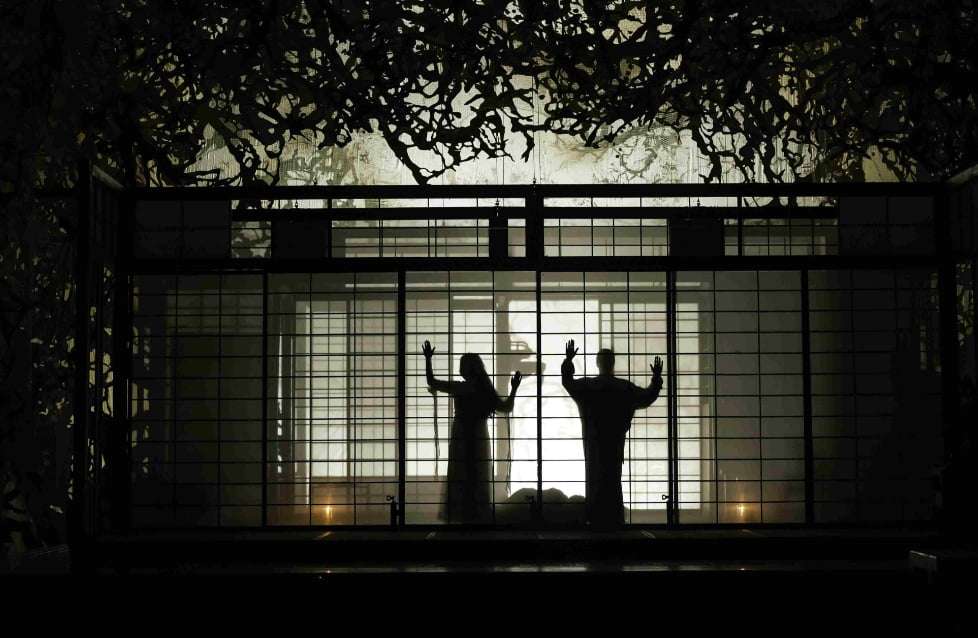 Amid the dramatic tensions of Act Two a beautifully rendered ‘Humming’ chorus was especially touching. Here, silhouettes of Suzuki, Butterfly and her child peered through screens, evoking prison bars, towards Pinkerton’s ship, encapsulating the tragedy of being trapped in self-delusion and clinging to a marriage that no longer exists.

The WNO Orchestra enjoyed itself and made the most of the opportunities given by Puccini as Andrew Greenwood drove through the score with no-nonsense zeal. This is a mostly believable Butterfly, where exploitation and betrayal are poignantly dealt with. If only the balance had given priority to the singers.