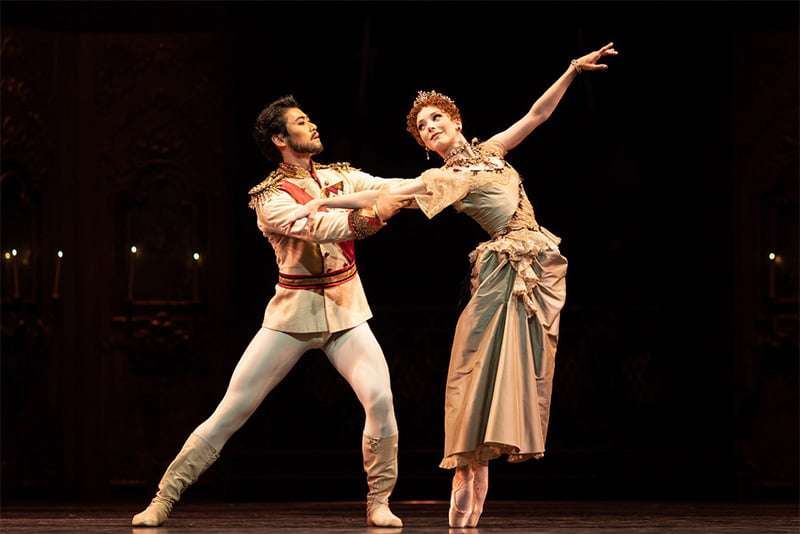 Mayerling is perhaps the most dense, most intricate ballet in the repertoire, a vast canvas on which interweaving themes of love, lust, despair, political struggle and alienation are played out; it is the antithesis of the clean lines of Balanchinean abstraction. Much criticised for its sprawling, complicated narrative when premiered in 1978, it is work that has come of age, a ballet that is now rightly considered a jewel in The Royal Ballet’s repertoire. Much of the reasoning for such status is the role of Crown Prince Rudolf which, because of its extreme physical and dramatic demands, is seen as the ‘Hamlet’ of roles for male dancers and is as coveted as Juliet for their female counterparts.

It is a mark of the company’s view of itself that, for this current revival, it fields no less than five casts with five different Rudolfs. Heading the first night cast was supposed to be Edward Watson, who has made the role very much his own, but, cruelly, he has been felled by injury and will now miss his run of performances, likely to be his last chance to dance the part. Making an accelerated debut, then, is Principal Ryoichi Hirano – one might question whether the opening of the run and, indeed, of the season should have been the occasion for such a debut, but partnering issues with Natalia Osipova as Mary Vetsera might well have played a part in the decision.

Hirano certainly has both the strength and the stamina for the role which comprises no fewer than seven demanding pas de deux, but there can be no denying that his exploration of the layers of Rudolf’s troubled character cannot said to be anything other than superficial. This was apparent in the opening scenes, firstly at the wedding ball and then in his scene with his mother, the Empress Elizabeth, taken with wearied froideur by an excellent Kristen McNally. Hirano’s dancing is never other than elegant and poised, which is perhaps not what is required for a man driven to excess and extremes by syphilis, drug addiction and mental torment. The resolutely balletic nature of his movement sometimes robbed the choreography of spontaneity and texture at first, although, as Rudolf disintegrates and his movement becomes more expressionistic, Hirano began to find his ‘voice’, even if, on its first outing, it remained a little faltering.

Natalia Osipova, even if girlish frolics and aristocratic demeanour do not come easily to her, was a terrific Mary Vetsera who really got into her stride in the seduction scene which closes Act Two. Voluptuous, dangerous and utterly obsessed with Rudolf, her Mary is a fellow free spirit, unafraid of hastening her and his destruction. Osipova exults in the pliability of her body and is particularly striking as she snakes around his, a physical temptation for him to sin.There are few, if any roles, which Sarah Lamb has taken with as much distinction as Countess Larisch, Rudolf’s former mistress and something of a wild card herself. Lamb catches perfectly the game-playing of this renegade noblewoman, shocking the stuffed shirts at Court, but also her understanding of and compassion for the Crown Prince as, realising that her days with him have ended, she pushes Mary towards him, knowing she is what he needs. Lamb makes a great deal of the fortune-telling scene in which, typically, she gives Fate a helping hand by means of a secreted card.

New company recruit Cesar Corrales led the quartet of physically somewhat mis-matched Hungarian officers, separatists who try to enlist Rudolf to their cause. Corrales muffles his natural exuberance and innate virtuosity with difficulty, often drawing attention to himself when his character must be part of the background which serves to highlight the Crown Prince. That said, he is a mighty fine dancer who naturally dominates the stage – he will show himself to best advantage partnering Osipova in both La Bayadère and Don Quixote later in the season.

The company as a whole is looking reinvigorated and stylish, with some pleasing corps de ballet work – the Empress’s ladies-in-waiting were roundly pliant in their dance with her in her apartments, and the carousing in the brothel scene was vigorous and un-studied; here Marianela Nuñez delivered a pitch-perfect Mitzi Caspar. Special mention to Francesca Hayward, a seriously put-upon Rudolf’s wife Princess Stephanie, whose terror at his violence on their wedding night was palpable, and also to Alexander Campbell as Bratfisch, ever trying to lighten the situation with dancing of quicksilver speed and lightness.

The orchestra under Music Director Koen Kessels did not sound particularly even, giving the strange impression of moving in and out of focus, which is a pity, given the richness of the patchwork of the Liszt score.

This is a strong revival, which will settle down further as different casts bed down into the production once more. There are more experienced Rudolfs than Hirano to come, which will change the focus and the inner dynamic of the work, as well as an unexpected role debut from newly-promoted Principal, Matthew Ball.