Tchaikovsky
The Nutcracker, Op.71 – Ballet in two Acts to choreography by Peter Wright after Lev Ivanov, based on an original scenario by Marius Petipa after E. T. A. Hoffmann’s Nussknacker und Mausekönig 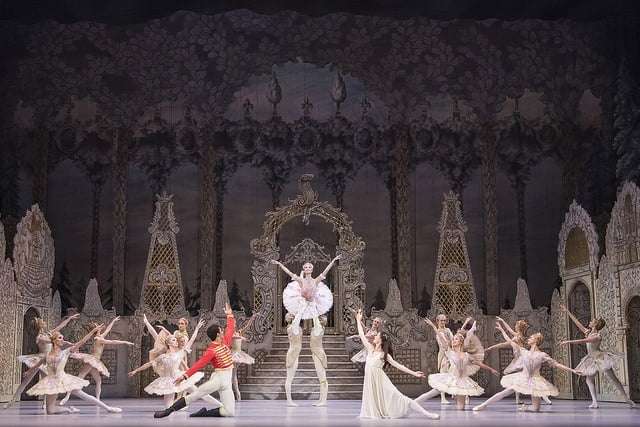 The Royal Ballet’s Nutcracker is, like mince pies and a flaming pud, the real taste of Christmas. More than that, it is the real taste of the Royal Ballet, and rich and indulgent it may be, its myriad of natural ingredients comes as blessèd relief after the synthetic flavourings of certain contemporary choreographers so much in favour by the company management. As a production, it encapsulates much of what made and still makes this a world-class ensemble: keen acting skills, a genuine sense of company and, in the danced sections, an unforced and elegant lyricism.

This was a superb opening night, by any measure. Kevin O’Hare may not know how to put together a triple bill and he may be too much in the thrall of the new, but he has developed strength from within, nurturing young, often home-grown talent, yet judiciously bringing in dancers from other companies to create a vibrant dance ensemble, brimming with ability and potential, and for that we thank him. Covent Garden’s Nutcracker continues to look splendid in Julia Trevelyan Oman’s meticulous Biedermeier sets and costumes which frame a true fairy tale, a source of wonder and delight to adults and children alike. A pity, though, that the Royal Opera House’s pricing means that for this show, an Upper Slips ticket (truly a seat in the gods) and often as low as £6 goes for the sum of £21. 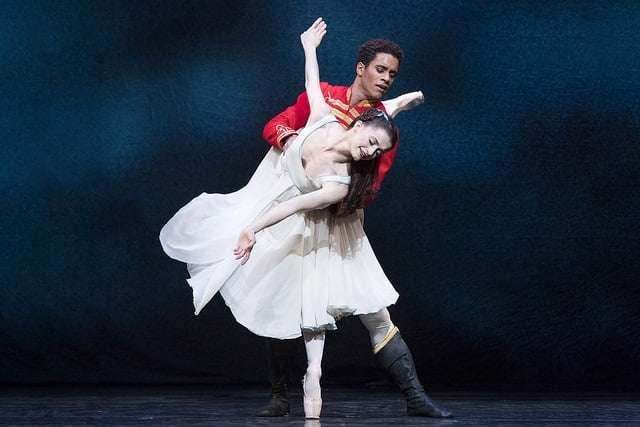 Barry Wordsworth was in energised form in the pit, coaxing an idiomatic performance from the orchestra, itself on great form. Their rhythmical drive elicited a particularly musical performance from the performers, who took their myriad parts with both enthusiasm and aplomb. O’Hare’s scheduling of La Bayadère and Symphony in C meant that the corps de ballet Snowflakes at the end of Act One showed uncommon stylistic and musical cohesion, making Ivanov’s ever-inventive choreography sing. Vignettes of the highest quality abounded, from a precise Vivandière from Meaghan Grace Hinkis to a delightful and increasingly saucy interplay between Kristen McNally’s voluptuous Dancing Mistress and Bennet Gartside’s strutting peacock Captain. In Act Two, the divertissements were of equally impressive quality – a finely wrought Dance of the Mirlitons was followed by an unforced Waltz of the Flowers, led by Fumi Kaneko‘s unruffled Rose Fairy. Reece Clarke partnered with strength in the Arabian, Melissa Hamilton’s odalisque securely seated aloft on his hands to enter and leave the stage, while the Chinese and Russian male duos brought effervescent dancing from their interpreters.

Anna Rose O’Sullivan made for a winning Clara, phrasing her dancing with intelligence and demonstrating a firm command; she was more than matched by Marcelino Sambé as the Nutcracker, whose easy virtuosity was channelled into Classical dancing of velvet softness. These are two of O’Hare’s young generation, and immensely promising as artists who, one hopes, will develop their already considerable abilities further over the years. Gary Avis is expert in Peter Wright’s puppet-master Drosselmeyer but, however much cloak twirling he is called upon to do (seemingly more at every revival), he manages to shoot the character through an unmistakeable humanity and warmth. 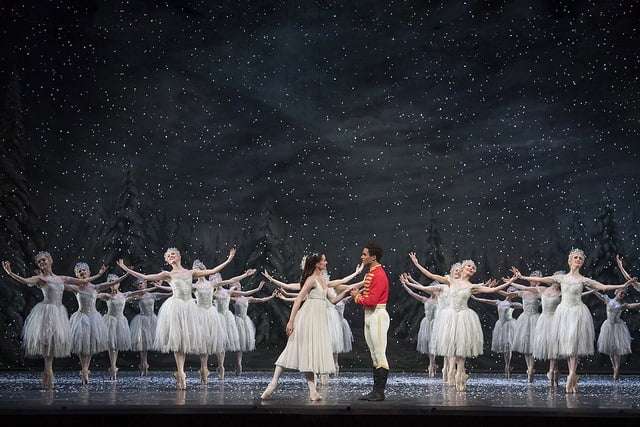 The icing on this particular Christmas cake was the pairing of Marianela Nuñez as The Sugar Plum Fairy and Vadim Muntagirov as her Prince. Often, The Nutcracker allows company directors to essay young dancers in the Grand Pas of this ballet, a relatively short duo at its end, allowing the less-experienced the chance at lead roles without having to ‘carry’ a whole work, and so it will prove as this run continues, but for first night two of the company’s most classically pure dancers were called upon and both delivered an object lesson in their craft and artistry. The combination of Nuñez and Muntagirov is particularly felicitous and both move with an unfussy grace, seemingly never turning a hair at the technical challenges presented to them.

The Grand Pas was a musical and stylistic delight, Muntagirov every inch the picture-book prince and cavalier, dancing with a long-limbed, unforced virtuosity, an inner nobility suffusing every movement – his solo showed deep, pliant landings from tight aerial turns, powerful jumps and a creamy classicism throughout. She was a warm, generous Sugar Plum, radiating goodwill and welcome, movements gracious and unfussy, balances breathtaking, footwork filigree. Together they provided a glorious end to what had been a revival of the highest standard; they led a company at the top of its form in a work and production which sits at the very centre of what The Royal Ballet is and represents.