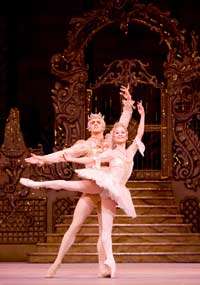 And so off we go to the Garden to crack a few nuts as, for the nth year, The Royal Ballet wheels out its admittedly delightful production of The Nutcracker to fill the coffers for the rest of the season. The problem lies not with the audience – there are enough little girls in patent shoes and lampshade dresses who are seeing their first real live ballet to fill the Opera House many times over – but with a company bored by this relentless scheduling. That much was certainly felt on this particular performance, with the edges of Peter Wright’s production rubbed off and the standard of classical dancing decidedly compromised. Because behind the Christmas cheer and the high kiddie quotient, there lies a classical ballet of consequence – the Grand pas de deux is one of the finest in the performing cannon, and the ballet blanc of the Act I Snowflakes places significant demands on the corps de ballet.

What I see is a coarsening of the company style: the narrative detailing of the Act I party at the Stahlbaums’ has become vulgar and tasteless, the guests like those ridiculous caricatures we see in Tatyana’s party in Cranko’s Onegin. The Grandfather may be old but there is no reason to portray him as a slack-jawed old fool; the family retainer does not have to suffer from the worst case of piles in Nuremburg and the children can be better trained than to appear as air-headed nobodies. It is all a matter of rehearsal and a communication of what is required. 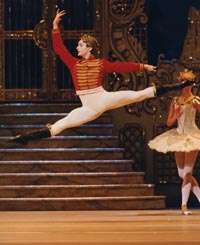 More worryingly, in terms of the company’s classical dancing, the Snowflakes in the Saturday performance were not worthy of a company of The Royal Ballet’s standing: they lacked synchronicity, style and classical correctness; épaulement is only intermittently executed, arms and fingers are un-uniform and feet are worryingly lazy. Matters improved somewhat for the Sunday show , but were far from ideal. The men of the company have been a source of concern for some time – they have too little exposure to the rigours of classical ballet (neo-classical is about as close as many come) and their disparate schoolings have no overall company style to override them: the four cavaliers in the Act III Waltz were embarrassing in their differing approaches to the most basic placements in classical ballet. 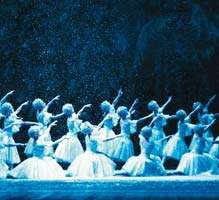 Peter Wright continues to tinker with this production, adding more and more fussy detail – better to concentrate on basics, like casting the role of Clara, which is now amplified to ballerina status. To cast a First Artist in such a pivotal part is not guaranteed to deliver the best of performances – Elizabeth Harrod is a strong dancer with stamina, but she projects no character whatsoever; her face is a noh mask of inscrutability and her dancing depressingly four-square. By Sunday she had loosened up somewhat and gave the Rose Fairy (a lumpen Laura McCulloch) a run for her money in the ‘let me teach you how to dance my child’ section. Hikaru Kobayashi gave a competent account of this technically demanding role, but her mechanical approach to dance suited the Vivandière doll in Act I far better.

Thank goodness for the experienced Ricardo Cervera, who delivers the Nutcracker role with his customary intelligence and musicality. A pity he has never been given a crack at the Sugar Plum’s Prince – Brian Maloney had a tentative start but delivered a first-rate mime and solo in the Kingdom of the Sweets. Alistair Marriott needs to rethink his interpretation of Drosselmeyer – there is much to praise, not least the pain underlying the bravado, but his exaggerated mannerisms which infuse every role he now undertakes make the character a petulant camp little man. Not good enough. 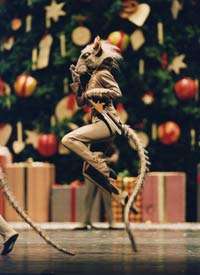 Some dancers stand out. Both Sian Murphy and Bethany Keating are precise and characterful Columbines, the latter injecting a little sexual playfulness into the part. James Hay – eye-catching Clara’s partner and then one of the Russian dance pair – is recently out of the School and a dancer to watch. There is an innate quality to his movement, a natural feeling for placement and a pleasing accuracy in what he does. 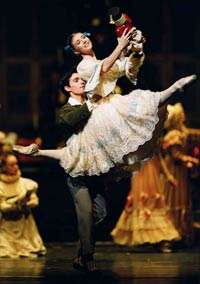 But all eyes on Saturday were on the double debut of Yuhui Choe and Steven McRae as the Sugar Plum Fairy and her Prince and, on Sunday, Sergey Polunin, also as the Prince. Covent Garden is too full of second-rate principals who clog up the schedules – all too often we see pedestrian performances delivered by dancers of limited ability – so it is a cause for rejoicing to see three young and immensely talented artists able to show their artistry to an audience packed with eager balletomanes. McRae is back from months of injury, and he was, if truth be told, a little tentative – he is normally a fire-cracker of a dancer but he has sometimes needed to temper his talent with good taste and decorum. But in this role he delivered precisely that, and was an attentive partner and immensely careful to execute his steps with both academic correctness and style.

If that were not good enough, Sunday saw Polunin’s debut. He is a mere 18 years old and just over a year out of The Royal Ballet School, but already shows himself ready to step into the roles of the greats. He won the Prix de Lausanne in 2006 (as McRae had done three years previously) and has not looked back since, securing such coveted parts as being cast in the company’s first revival of Dances at a Gathering for over 30 years. He is blessed with a compact but beautifully proportioned body, the natural movement of a danseur noble (compared to McRae’s fundamentally demi-caractère body and persona) and a stunning technique: he has correctness of placement, astonishing ballon and beautiful feet.

Polunin’s debut as The Prince was notable, and he was lucky to have Yuhui Choe as his Sugar Plum, despite her having danced the role for the first time 24 hours earlier (Sarah Lamb was originally cast, is injured and was due to be replaced by Alexandra Ansanelli). It was a cause of general rejoicing to open the cast sheet on Sunday afternoon to see Choe’s name on the page; even more than with McRae, she and Polunin are physically very well matched and partnering, apart from a couple of little hitches, was comfortable and assured. Choe too has shot up the ranks since joining the company in 2003, and is perhaps the company’s most promising female dancer – here she delivered an assured Sugar Plum: musical, well phrased, and respectful of the choreography. She could sharpen up some of her movements, but hers is an easy lyricism and indeed an easy musicality – she hears and dances within the music; her solo was admirably delivered on both occasions, combining technical aplomb with femininity and subtlety. I love her luscious épaulement and her beautiful legs and feet.

Another notable debut indeed, and one of which The Royal Ballet would be wise to take note – they need to show exciting young dancers both for the audience and also to develop their artists of promise. When one thinks of some of the Christmas puddings who are down to dance three shows of Nutcracker while McRae and Polunin get a single matinée and Choe two by pure serendipity, it is enough to make one cry into the brandy butter. The Royal Ballet Sinfonia made marvellous sounds in the pit under Koen Kassels’ wayward baton; it was an exciting rendition, but one which was not always helpful to the dancers.