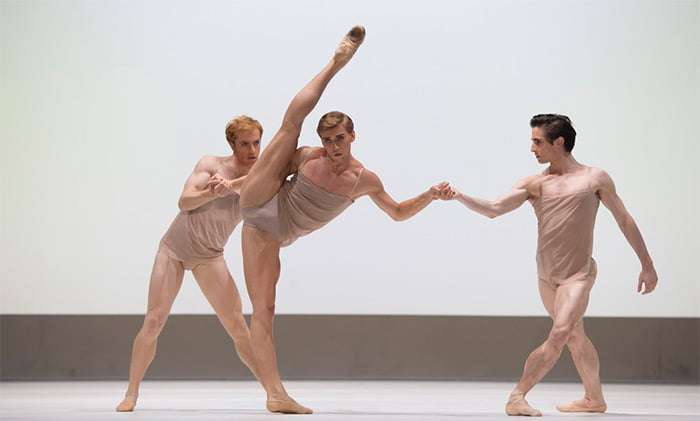 The choreographic world of Wayne McGregor is a cold place. It is a place of the mind, of deep thought and an evident exhilaration from the connections between ideas and art forms; but it is not a place peopled with people. Dancers in Wayne’s world are like automata, wound up by the hand of their creator and set off in increasingly frenzied movement, movement devoid of beauty and inner meaning.

The Royal Ballet would have it that McGregor’s decade as its Resident Choreographer, marked with fanfares and jubilation by this new triple bill of his works, has been a thing of wonderment and success. For those of us who witnessed the blistering start of his tenure, the still-wonderful Chroma, which opens the programme, hopes were indeed raised; raised because he did not come from a Classical Ballet background or training – he was an outsider, brought in by the then Director Monica Mason, one assumes, to shake things up. But there have been fifteen McGregor works over these ten years, and the early promise quickly faded as we became more familiar with Wayne’s world. 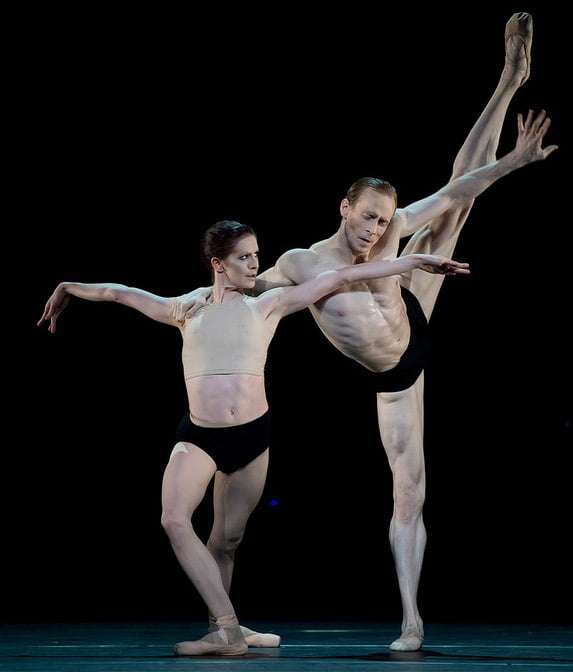 Against Chroma and the partially satisfying Woolf Works have been the mediocre (Infra, Tetractys, Live Fire Exercise) and the truly dreadful (Raven Girl). Obsidian Tear this summer past was another cause for hope, a dark, intriguing work set to Esa-Pekka Salonen’s monumental Nox, but along comes another disappointment, McGregor’s latest offering for this triple bill, Multiverse, an over-designed, under-baked offering, evoking (yawn) Brexit and refugee movement. The design is by Pakistani artist Rashid Rana, an enormous V-shaped wall divided into squares, an enormous piece of folded graph paper – all is soon revealed as it transforms into a visual display of coloured squares, which flow and ripple in what feels like all 16-million colours of a computer screen saver. Costumes are best described as ‘distressed’, presumably to allow the evocation of unseen terror among the dancers of the work’s second section.

The first part of Multiverse is by far the best, an (over-)extended duet for two contrasting and superlative performers Paul Kay and Steven McRae who dance either in parallel or one beat behind, all to one of Steve Reich’s earliest ‘compositions’, the ‘seminal’ It’s Gonna Rain, from 1965. It is, in essence, pure dance, and the pleasure for the audience is seeing these two artists execute the twists, twitches, hops and lunges that are tropes in McGregor’s choreography with complete clarity. It is all downhill from there with Reich’s new commission for the ballet Runner, which bumbles along with genial amiability until it stops. The choreography matches the music in this, a largish cast, set off into motion until they finally stop. The frenetic quality that underpins so much of McGregor’s movement is ultimately not only tiring but also somewhat alienating – we do not know who these people are, what they are doing or why; we finish by not caring. 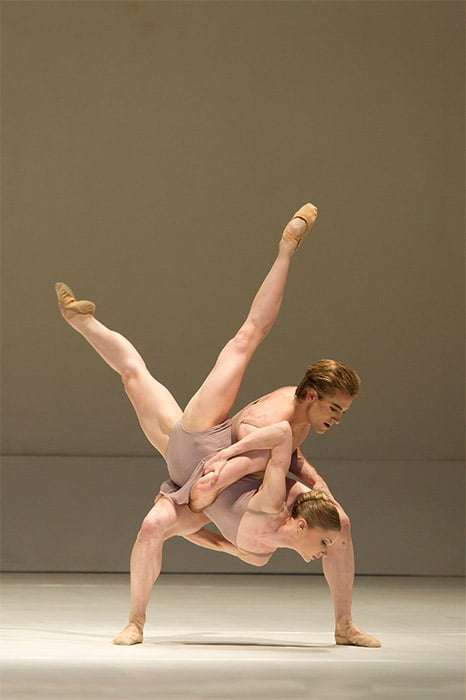 If McGregor can be said to have created a masterpiece for The Royal Ballet, it is his first, Chroma. John Pawson’s white box design with a picture frame opening at the back, the dancers in Moritz Junge’s pastel skimpies and Lucy Carter’s wonderful lighting (there can be few lighting designers of such talent today) constitute a striking visual setting for explosive choreography which, crucially, is matched by a tremendous score from Joby Talbot and Jack White, here played with true verve by the Opera House orchestra under their director Koen Kessels. This is a work which has returned several times since its creation, so, for this outing, the point of interest was the inclusion of five dancers from Alvin Ailey American Dance Theater. That admirable modern dance company performs the work, so the dancers are familiar with its demands, and they bring a non-balletic weightiness which makes for a pleasing contrast with the more ethereal Royal Ballet artists. Paradoxically, they are, at times, more emphatic, expansive of gesture than their London counterparts, more familiar with McGregor’s decidedly un-balletic and un-emotional style, which jars a little, but creates genuine interest for the eye.

The problem for this reviewer with McGregor’s work is that it is generally unremitting in nature and disappointingly unvaried in its movement palette. All choreographers have favourite steps, shapes and poses, but he seems to have found his particular movement groove and stuck with it, the variance coming from his scenic and musical collaborators. To have a whole evening of McGregor dulls the senses; in the absence of either heart (as in Frederick Ashton) or human psyche (as in Kenneth MacMillan) we are left with a cold world in which the dancers move simply because they move, even if the setting for that movement changes. Carbon Life was not a particular success when it premiered in 2012 but here it is again, a collage of songs by American song-writer Andrew Wyatt and British DJ Mark Ronson performed by an on-stage band, singers and a rapper called Dave. The dancers perform for the most part in tiny black undies until, as the work nears its conclusion, they don Gareth Pugh’s shape altering costumes. The movements are same old McGregor, ensembles and pas de deux (a generous helping of four) heaped up one upon the other, and so it continues noisily until it stops. At the end of a long evening, this all seems just a tad gratuitous, but then McGregor’s avowed intention is “to create new dance and new design intimately plugged in to the world we live in today. I am motivated to make contemporary work that speaks of now and that is totally present tense”. By his own criteria McGregor succeeds; meaning, subtlety, wit, humanity, truth all have more than a whiff of times past in the society in which we live – perhaps in him we have the choreographer we deserve.