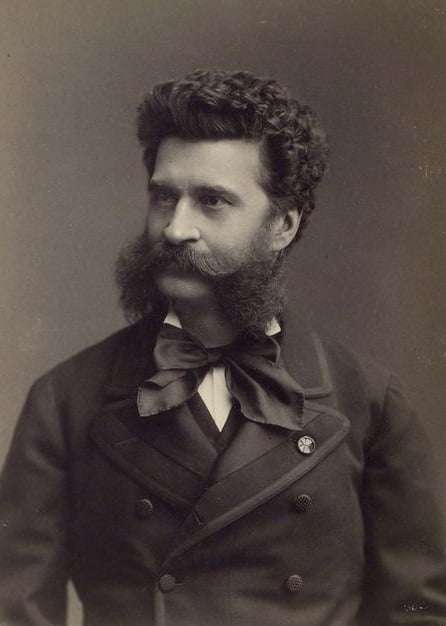 I’ve had a few bad experiences with Johann Strauss the Younger’s supposedly indestructible operetta that, Loge-like, mocks the twilight of the Austro-Hungarian empire, but this small but perfectly-formed RCM production, with elements of Tim Reed’s lightly applied Viennese secessionist look borrowed from WNO’s 2011 staging, is a delight. John Copley directed it for WNO and has neatly adapted it to fit the RCM’s Britten Theatre.

With a light, decisive touch, he makes sure that all the humorous aspects of Die Fledermaus are in balance – class, social aspiration, mistaken identity and naughty-but-nice sexiness cleverly subverted by a bit of gender fluidity. I can’t imagine anyone in the audience felt short-changed by the absence of a significant Freudian sub-text or heavy bat-symbolism. Copley knows unerringly that the pleasure of this cynical comedy of manners and situation lies in its complete pointlessness, which is nourished by the score’s stream of infectious melody.

Cast B was thoroughly well rehearsed and completely at ease with their characters and a style of humour aimed at British audiences. All the main roles were strongly cast. Following on from his fine Forester in British Youth Opera’s The Cunning Little Vixen, Kieran Rayner made an excellent, funny von Eisenstein. His baritone has rounded up considerably, and, as with all the cast, he has the knack of acting with his face, so that you got the gist of what was being said even if you couldn’t always hear the words, and he was just as accomplished in the broader comedy. As his tricky wife Rosalinde, Josephine Goddard combined a Celia Imrie-type mischief and comic flair with great style, and the mezzo heft in her warm soprano hit the spot in the ‘Czárdás’, Huw Montague Rendall was a consummately suave, personable Falke, his singing and acting equally authoritative, and he was light on his feet in all the banter.

Galina Averina’s Adele was exceptional. Her light soprano was technically brilliant, she was a saucy comedienne who held the stage with ease and there were many moments when her singing achieved a Mozartean grace. The audience adored her. Kamilla Dunstan cut a dash as the extravagantly bored Prince Orlovsky, and her/his suitably ambiguous ‘Chacun à son goût’ was one of the evening’s highlights. Richard Pinkstone’s Albert was an endearing, self-regarding operatic tenor, a clear prototype for Richard Strauss’s later cameos, and Timothy Connor’s Frank provided a splendid drunk at the start of Act Three, as did William Edelsten’s magnificently repulsive Frosch.

While all the roles maintained the balance between character and caricature, perhaps von Eisenstein’s Leslie Phillips-style, lubricious “ding-dong”(s) pointed to a particular brand and period of English humour; perhaps the comedy strayed too close to G&S mugging at times; and the bits of dialogue that came across were enough to make you wonder what other sharp, contemporary points you were missing. But Michael Rosewell’s conducting and some idiomatic playing from the RCM Opera Orchestra ensured that Viennese schwung kept the upper hand, reinforced by some lively waltzing from the chorus, which also fielded an impressive foursome of white-tie-and-tails hoofers.