Gerald Barry
The Importance of Being Earnest – Opera in three Acts based on the text by Oscar Wilde [sung in English, with English surtitles] 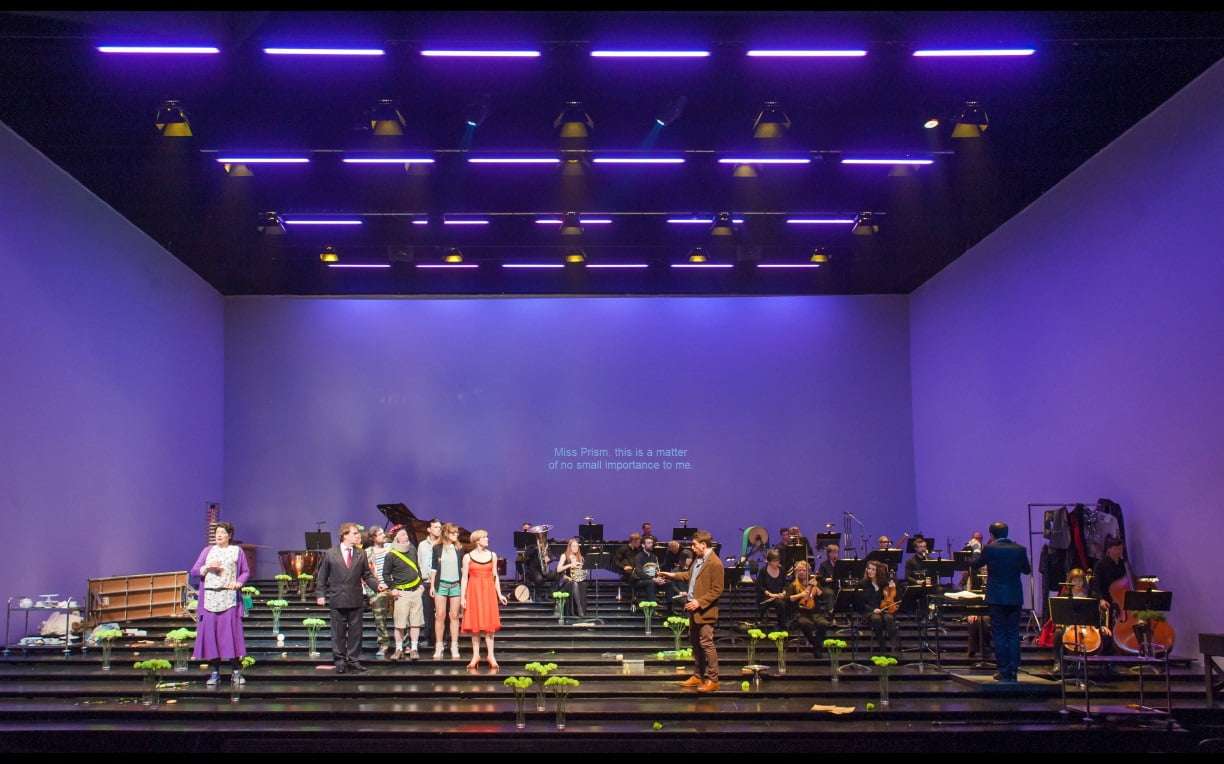 Among recent stage-works, Gerald Barry’s The Importance of Being Ernest has achieved undoubted success – its European concert premiere at the Barbican Hall in 2012 followed by its UK stage premiere at the Linbury Studio Theatre the following year. That same production now transfers to the Barbican Theatre for a further run, as if confirming that, unlike the succès d’estime enjoyed by predecessors as The Intelligence Park and The Bitter Tears of Petra von Kant, Barry’s fifth opera seems well on the way to entering the contemporary operatic repertoire.

In some ways this is hardly surprising. As his own librettist, Barry has reduced Oscar Wilde’s drama down to its very essence yet without sacrificing many of those phrases which define each protagonist as well as defining qualities of this most fully realised among Wilde’s plays. That this also reduces a comedy of manners down to comic-strip absurdity is not in itself a failing, but it does mean that anything approaching development of character or subtlety of perspective has been replaced by an anarchy too calculated to be at all provocative.

Barry’s music is assuredly on a par with his literary instincts. Never a composer to indulge in expressive nuance, his score is permeated by rhythmic repetitions and harmonic routines that pivot knowingly between the disarming and the childish – the Stravinskian astringency of its instrumental writing paralleled by vocal parts having antecedents in Ligeti and Kagel (Barry studied with the latter), if without that sense of imminent catastrophe which underlies even their most uproarious pieces. Not for the first time, archness is the order of the day here. 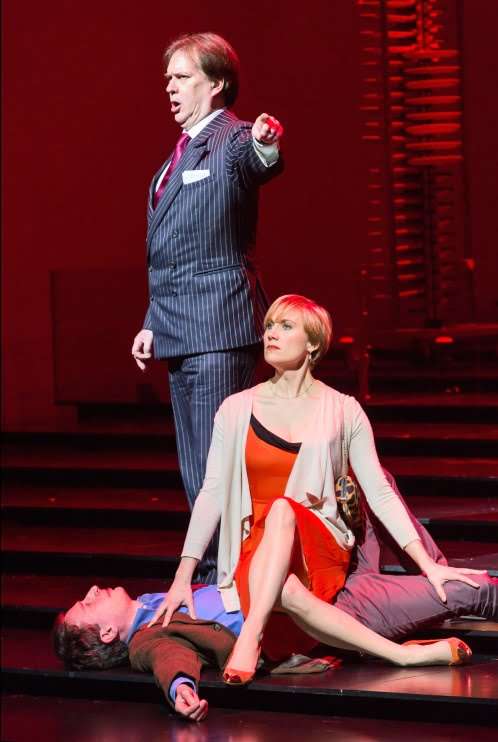 The present run revives Ramin Gray’s production and rightly so – for, without being in any way too elaborate, this provides an ideal setting for the antics that unfold. Sets and costumes are kept functional, as if to emphasise those strategic changes in lighting and movement that underscore climactic events. An especially astute touch is the return of singers to the front row of the auditorium between appearances, having an effect not of alienation as of blurring any division between performers and audience – so involving everyone in the inanity.

The cast enters into its spirit with relish. Alan Ewing is a redoubtable Lady Bracknell, even if presenting this as a ‘straight’ rather than cross-gender role arguably misses the point entirely, and Paul Curievici brings pathos and eloquence (no earnestness!) to Jack Worthing. Stephanie Marshall is coquettish as Gwendolin Fairfax and Claudia Boyle pert as Cecily Cardew, with Benedict Nelson an indolent Algernon Moncrieff and Simon Wilding an edgy presence in the roles of Lane and Merriman. As Canon Chasuble, Kevin West is most memorable for his cycling attire – while, as Miss Prism, Hilary Summers steals the show with her revelations as to the ‘misfortunate’ exchange that precipitate events three decades later. Tim Murray secures a response as acidulous as it is accurate from the Britten Sinfonia.

Given the immediacy and tendency to ‘play for laughs’, it is not surprising the audience responded in kind – as if to embody Wilde’s maxim that “All art is at once surface and symbol.” Whether that thereby negates substance is another matter.