Strauss
Ariadne auf Naxos, Op.60 – Opera in one Act with Prologue to a libretto by Hugo von Hofmannsthal [1916 version; sung in German with English surtitles] 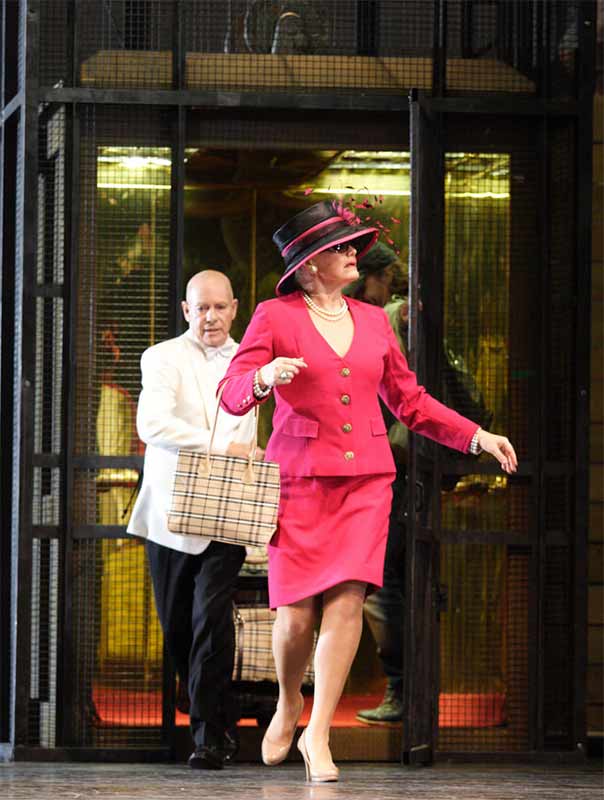 At the first sweep of climax in the Overture to the ‘Prologue’ of Ariadne auf Naxos, the full set is revealed – Downton Abbey-style, the decidedly non-palatial beneath-stairs of the great house belonging to the richest man in Vienna, while the music abruptly changes tack from sumptuous to mundane. It’s a coup de théâtre that asserts the bold ambition and irony of Christof Loy’s 2002 staging of Richard Strauss and Hugo von Hofmannsthal’s ultra-theatrical opera about theatre. It’s back for its fourth revival, most of the cast is the same as for 2014 except for Robert Dean Smith as Bacchus (which he sang in the 2008 revival) – and there are only two more performances.

If anything, the conversational ease of the ‘Prologue’ is even more fluid, and its staging (overseen by revival director Julia Burbach) smoothly establishes the seething brew of bickering and artistic temperament between the opera seria crew and their commedia dell’arte rivals, which, through the intrusions from Zerbinetta and her four low-entertainment comics, miraculously delivers the eventually transcendent ‘Opera’ of the second part.

The barbed humour of the ‘Prologue’ worked like a charm, and Ruxandra Donose’s sleek mezzo eloquently expressed the Composer’s high-minded artistic tizzy at having his sacred art butchered to accommodate the comedy. With its unstrained soprano reach, Donose’s voice filled the house, and the Composer and Zerbinetta’s sudden meeting of minds was dazzlingly sympathetic. Thomas Allen didn’t put a foot wrong as the pragmatic and diplomatic Music Master, and sang with natural authority and spotless German. Norbert Ernst, new to this production, has a large, lyric tenor of great quality and was superb as the devious Dancing Master. 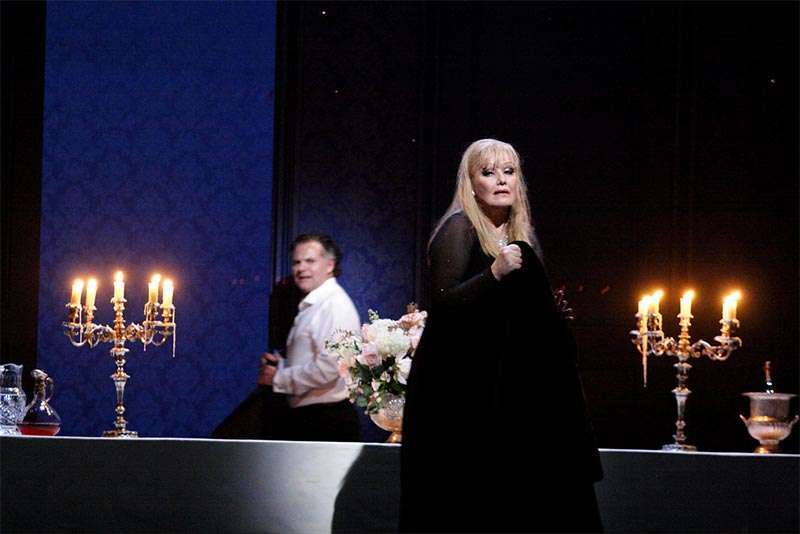 At the end of the ‘Prologue’, the opera seria cast make their way upstairs for their performance dressed in period wigs and gowns, then reappear for the second part simply dressed in black, with Zerbinetta a grungy rock-chick supported by the heavy-metal crew of her brilliantly sung and characterised comedians. It’s another decisive theatrical gesture and starts the process of reconciling high art and low comedy, adding layers of insight into the relationship between audience and stage and making the extravagant theatre of Bacchus and Ariadne’s closing duet the natural outcome.

Zerbinetta, the one constant in the opposing parts, was given a sparkling portrayal by Jane Archibald, who triumphed in the technical assault course of ‘Grossmächtige Prinzessin’. A consummate comedian, she effortlessly blurred the line between art and life. Robert Dean Smith, vain and preening as the Tenor in the ‘Prologue’, became a Bacchus of heldentenor strength and lyrical ardour, without any hint of strain in anything he sang.

Then, with excellent support from her trio of nymphs, there’s Karita Mattila, who embraced the sacred monster uniting the Prima Donna and the diva Ariadne with revelatory power. Brilliantly directed so that her personality seemed to crash through the role’s arrogance and vulnerability, Mattila’s charismatic account just got bigger and bigger – resistance was futile. Her voice may spread at the top and there were some bumpy low notes, but the generosity and abandon of her singing were overwhelming.

In the pit, Lothar Koenigs (in his Royal Opera debut), completely had the measure of the score, establishing a mercurial rapport with the singers and drawing a lean if opulent sound from the classical-sized orchestra, with significant contributions from piano and harmonium. Koenigs and the instrumentalists complemented perfectly the layers of meaning and insight that is woven into this fascinating production.