Giordano
Andrea Chénier – Opera in four Acts to a libretto by Luigi Illica based on the life of French poet André Chénier [sung in Italian, with English surtitles] 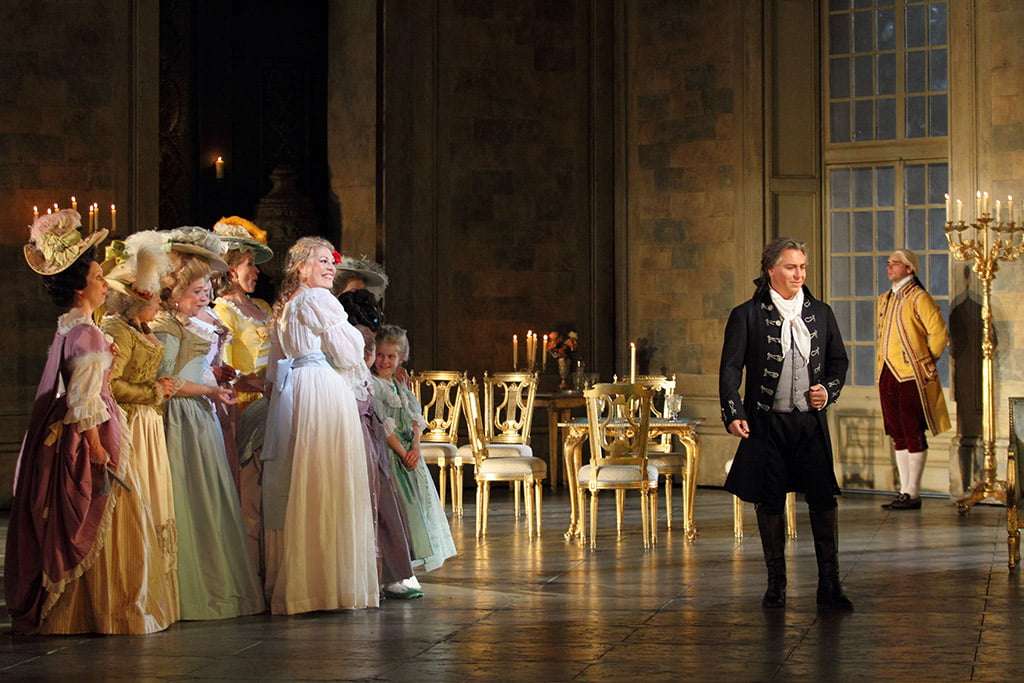 What this first revival of David McVicar’s 2015 production of Andrea Chénier lacks in emotional punch and dramatic credibility is compensated for by picture-book staging and stellar singing. Giordano’s opera (first-performed in 1896) to Luigi Illica’s libretto (he of La bohème, Tosca and Madama Butterfly) is essentially a costume drama; all bonnets, frockcoats and wigs, and provides a thumbnail portrait of France during and following the Ancien Régime. The uncomplicated plot centres around the eponymous poet condemned to death by Robespierre during the French Revolution. Add a servant-turned-reactionary Carlo Gérard and the devoted aristocrat Maddalena di Coigny and a love triangle is set. Were it not for the conflicting loyalties of Gérard, a proto-revolutionary infatuated with the daughter of his former employer, the characters would be paper-thin. Just as well Giordano created such sumptuous music.

Little if anything is made of Liberté, égalité, fraternité, and revival director Marie Lambert delivers everything with a straight bat, without recourse to agendas or tropes on social inequality. In the first two Acts “the empty powered world” of liveried footmen and ornate chandeliers makes way for the sans-culottes and merveilleuses gathered round the Café Hottot – social divisions neatly outlined if rather stereotypical. Less convincing is the tribunal scene in which the citizens are baying for Chénier’s blood – very colourful but devoid of dramatic tension. The crowd needs no restraining order – more rent-control than rent-a-mob. 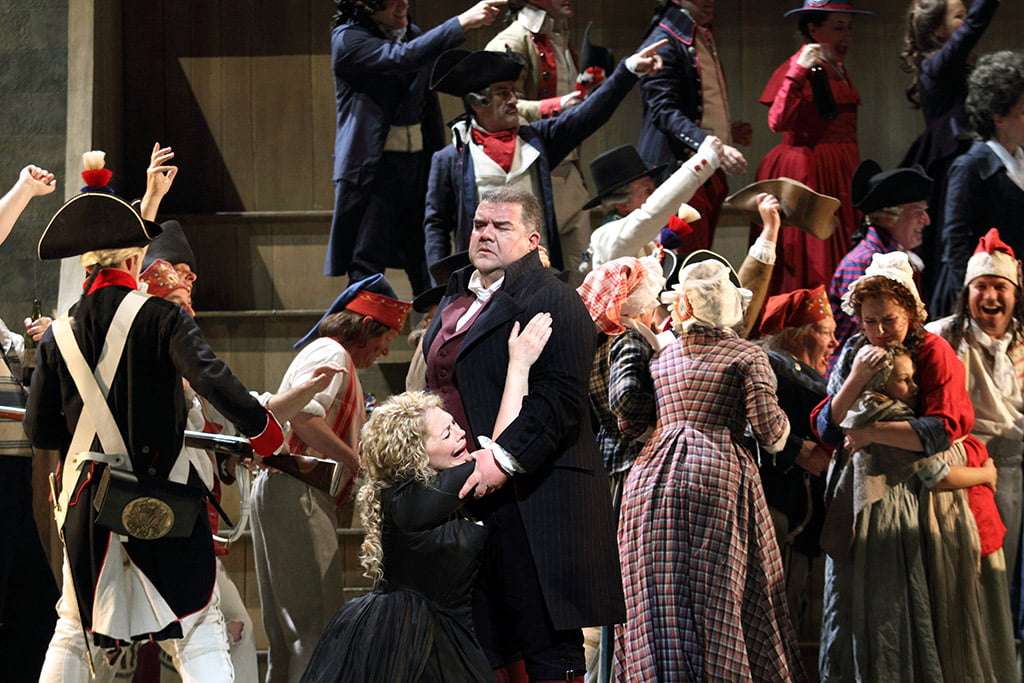 Quibbles aside, this Chénier is all about the singing, and top of the bill is Roberto Alagna. His voice still projects well, and if the tone has become effortful, and with no light and shade, he can still knock out the top notes that are liberally sprinkled in ‘Un di all’azzuro spazio’. But he impresses more for his red-blooded singing than he does as a head-in-the-clouds poet.

The chemistry between Alagna and Sondra Radvanovsky is one-sided; no matter for she makes a wonderfully tender Maddalena – holding the ear and the eye and providing the emotional high-water mark in a gut-wrenching ‘La Mamma Morta’. She can match Alagna for power and they pull off a superb final duet, their voices surging with thrilling conviction as they move towards the tumbril that takes them to the guillotine. As the political idealist Gérard, Dimitri Platanias is vocally commanding, a gritty voice; and when we’re not being barked at he makes a favourable impression, especially in the anguished monologue ‘Nemico della patria’.

Christine Rice is an impish Bersi, Elena Zilio a doughty (if somewhat over-sung) Madelon and Rosalind Plowright makes an imperious Countess. Aled Hall is the self-important Abbé, Stephen Gadd a mincing Pietro Fléville and Carlo Bosi a conniving ‘Incredibile’. Daniel Oren pushes the music along with gusto, drawing rich and detailed playing and strong singing from the Chorus.