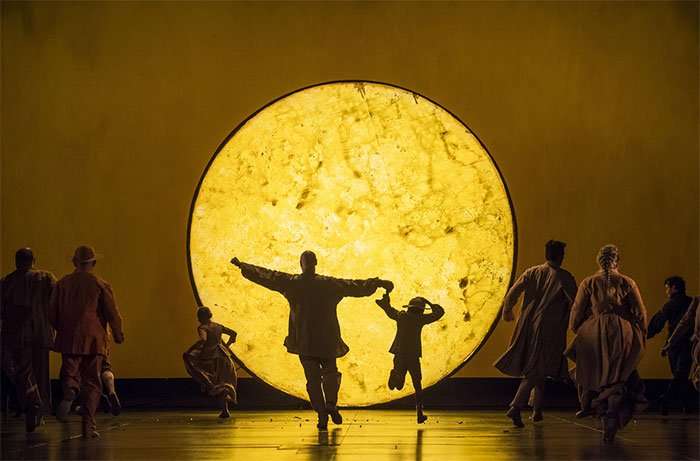 Here in its sixth revival since 2003 is David McVicar’s rather dark-hued conception of Die Zauberflöte and which still provides an evening of both intelligence and geniality. Cleverly, the pantomime elements of the first Act are toned-down in favour of mystery and uncertainty, whilst the protracted and potentially wearisome trials of Tamino, Pamina and Papageno have a persuasive lightness of touch and flow. John Macfarlane’s monumental designs, characterised by imposing walls and doors to unexplored spaces still look fresh. From an orchestral perspective Julia Jones and the ROH Orchestra provide crisp airy textures and a fleetness that only seldom wants an element of gravitas. Some of the detail, particularly from the middle and lower strings, was freshly-minted, although some of Jones’s tempos put a few of the singers through their paces, and there was occasional ragged ensemble.

Vocally the evening got off to a shaky start with the three Ladies suffering from the dense stage fog that obscured their first appearances. Tamino’s portrait aria, ‘Dies Bildnis ist bezaubernd schön’, sung by Mauro Peter, really got things going. His is a beautiful light-sounding tenor with a latent heroic quality about it and with a likeable stage persona. Tamino can often seem a dull Prince, but here is depth and charm. Roderick Williams was a charmer of a Papageno, too, and didn’t overplay the comic business; one really felt this Papageno was pursuing an uncertain and individual path to self-enlightenment. Vocally he was top-notch and the dialogue was also well-projected and in impeccable German. 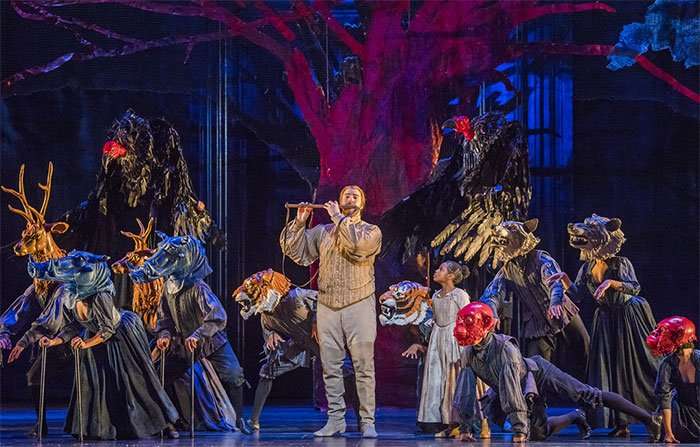 From the temple community there was the vocally sonorous and imposing Sarastro of Mika Kares, although he lacked individuality of inflection. Darren Jeffery was a resonant Speaker. Harry Nicoll and Donald Maxwell played the two Priests to contrasting perfection, and the two Armed Men were suitably stentorian.

Pamina was sung, with attractive silvery tone and with great poise, by Siobhan Stagg. She blended well with Williams and Peter, and her rendition of the tricky ‘Ach, ich fühls’ had just the right sense of desolation allied to an improvisatory quality that was striking. As her mother, the Queen of the Night, Sabine Devieilhe brought dazzling virtuosity with flashes of tonal glint, gorgeous trills and manipulative duplicity to her dramatic interpretation. Her vocal colouring in ‘O zitt’re nicht’, as she informs Tamino of the capture of her daughter by Sarastro, was subtle and much enhanced by the orchestra. The three Boys were assured and the Chorus sounded well. A fine revival; on occasions a surprising one.

Touchingly, the performance was dedicated to the memory of Lee Blakeley (1971-2017). Blakeley had been the director for previous revivals as well as assisting McVicar when the production was new.