Humperdinck
Hänsel und Gretel – Märchenoper in three Acts to a libretto by Adelheid Wette after the fairytale by the Brothers Grimm [sung in German, with English surtitles] 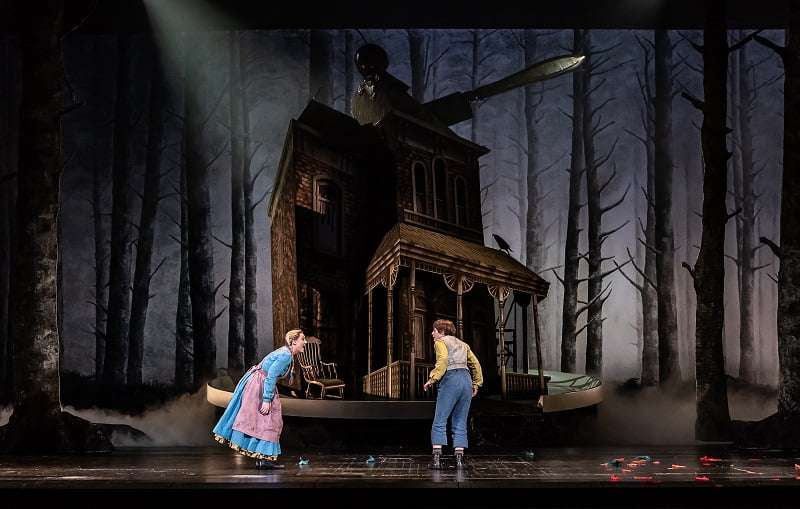 Strange but true, almost ten years ago to the day, The Royal Opera mounted its first Hansel and Gretel, the children’s opera that has become an international repertoire staple in its one-hundred-and-twenty-year lifetime. That production was deemed by sensitive souls so shocking that there was a great fuss when it was shown on television during Christmas, although their more robust offspring took it very much in their stride. That was feel-bad Humperdinck, and it had only one revival. The new staging is assertively feel-good and child-friendly, directed and designed by Antony McDonald (WNO’s Lohengrin, Scottish Opera’s Ariadne auf Naxos), with the Grimm Brothers’ version of the fairytale and its familiar nineteenth-century imagery always in his sights – our first glimpse of Hansel is of him reading a big picture-book of Grimm tales.

Inevitably, directors have loaded this opera with all sorts of psychological baggage, but McDonald plays it straight – well, fairly straight – while skillfully making it subtly subversive. The result is an enchanting family show, providing an ideal frisson of fear and cosiness, and, when the Witch arrives it is very panto-style funny. McDonald’s setting is resolutely German romantic – a spectacular front curtain presents a sublime mountain scene, made all the more majestic by a humble, picturesque cottage, which, as reality sets in after the Overture, turns out to be the poverty-stricken dump where the children live with their just-about-managing, hard-working parents. There are dirndls, blonde pigtails and Alpine hats with feathers in the brim and everywhere that German totem, the forest and clouds of mist, which McDonald has made particularly beautiful, threatening and magical. 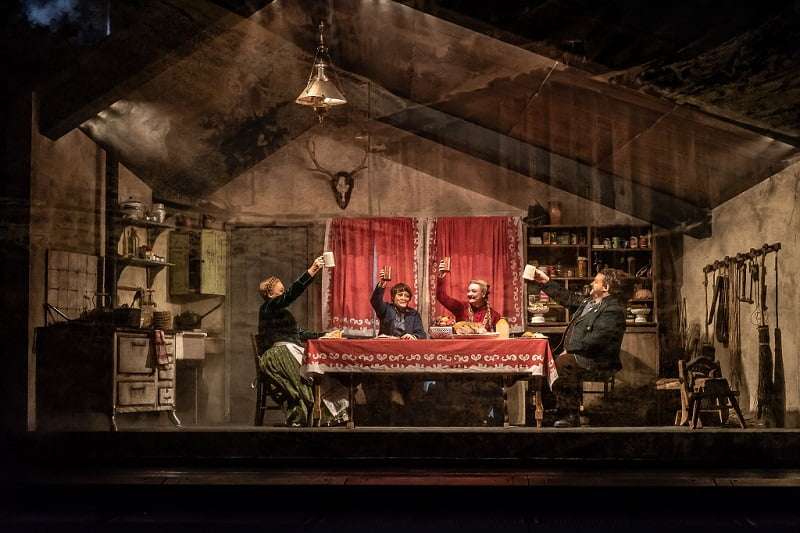 The Pantomime that closes the first half is spellbinding: Hansel and Gretel fall asleep in the forest, guarded by familiar fairytale characters such as Snow White, Cinderella and Little Red Riding Hood, who, having been figures flickering through the forest like sprites – enchantingly choreographed and lit – materialise to absorb the children into their realm. McDonald has more tricks up his sleeve for the gingerbread house and its resident in the final Act, in the process moving a bit closer to contemporary, vaguely angst-like concerns. The house looms out of the murk, rather like Norma Desmond’s mansion in Sunset Boulevard, and is itself the Bates Motel from Psycho with a cherry on top and a cake knife stuck into it, and in another Hollywood-Gothic reference, when the Witch gets down to business, she morphs, rather like Anjelica Huston in The Witches, from primly pinafored and coiffed, majestically petticoated hausfrau into a bald-headed monster in a chocolate-spattered overall. There is no red-hot stove, but there is a giant vat of bubbling chocolate. The orchestral ‘Witches’ Ride’ between Acts One and Two is not staged. 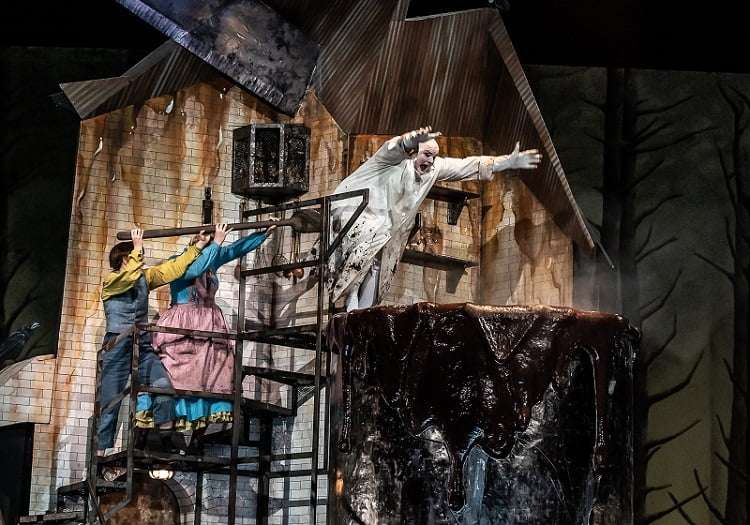 The singing is very good. Hanna Hipp is a big-voiced, energised and convincing Hansel, Jennifer Davis slips easily into Brünnhilde-sized power as Gretel, the sibling rivalry and affection are sharply observed, and they are very untwee in the dance scene. Michaela Schuster is on sumptuous form as the much put-upon Mother, and Eddie Wade (who replaced the indisposed James Rutherford for this performance) got the character of the feckless but genial Father, but not always the role’s essential vocal fullness. Gerhard Siegel’s Witch, a splendid figure in full drag, is reminiscent of Glyndebourne’s, and you couldn’t blame this noted Wagnerian for sounding like Siegfried in top heroic mode. The Sandman and Dew Fair are sung and acted strongly by respectively Haegee Lee and Christina Gansch. The many children of the ROH Youth Opera Company look suitably vulnerable as the Witch’s reanimated victims, but their sound is on the small side.

Sebastian Weigle, Frankfurt Opera’s music director, is making his Royal Opera debut, and he draws a luxurious, Wagnerian and unassailably romantic sound from the Orchestra, which plays beautifully for him, the sort of playing that covers those passages, mostly in Act Three, where the inspiration dips. Adults receptive to productions by David Pountney, Richard Jones and Laurent Pelly will perhaps miss directorial bite, but McDonald’s charmed touch is unforgettable and resonant. Children will sail through it.