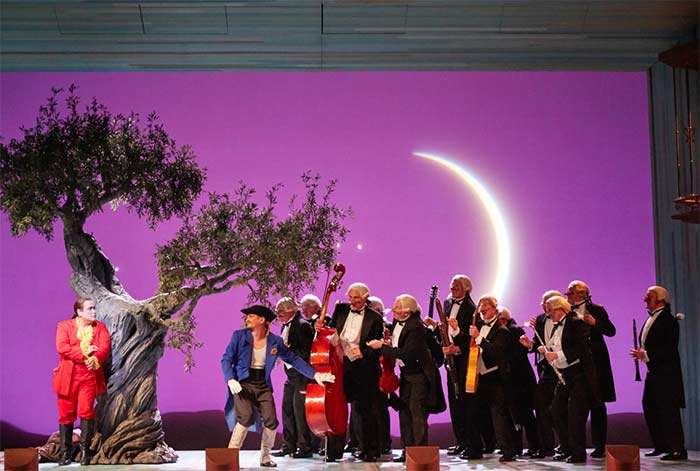 The Leiser & Caurier staging of Barber of Seville comes up freshly minted in this revival, its fourth, directed by Thomas Guthrie. The attractive settings are notably singer-friendly and the adaptable box assists the singers’ projection, in some cases a little too prominently. In an ideal world there could be greater dynamic variety from those content to sing at forte or louder, rather than merely charming the audience with suavity and ebullience.

On the whole this production is quite traditional, and played generally for comedy – though the final scene, complete with Almaviva’s extended aria does add a bit of bite by showing the Count in a less than conciliatory mood towards Dr Bartolo (thereby setting-up the relationship between the two as they are subsequently depicted by Mozart in Le nozze di Figaro). The only major miscalculation is the noise of the cast’s and chorus’s footwear on the wooden flooring at the end of the first Act; cobbling percussion that occludes the brilliance of Rossini’s orchestration.

Never mind – there are orchestral felicities to be found elsewhere. Henrik Nánási’s way with the score is energetic but not frenetic, and he is a generous accompanist to the singers. And a fine crew they are! 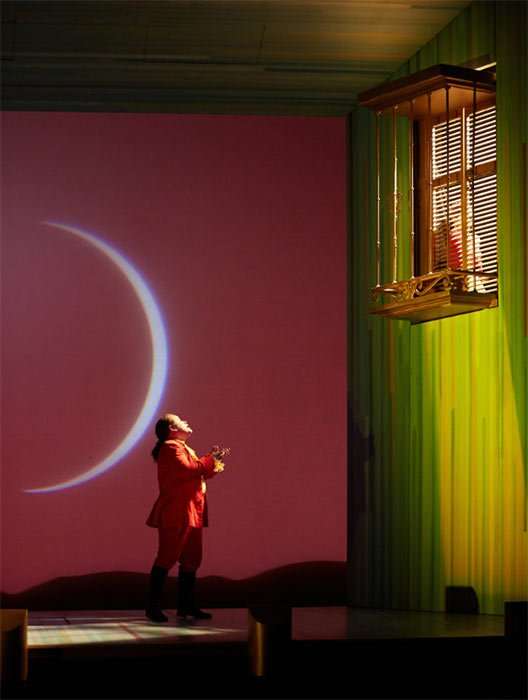 Vito Priante demonstrated why having an Italian singing Figaro adds an extra dimension in terms of the text. He has a flexible and attractive voice, with plenty of ring at the top, and he’s a natural performer, involving the audience without overworking the relationship; ‘Largo al factotum’ was sung with charm and finesse.

One of the best sections was when he was paired with Daniela Mack’s fiery Rosina in the first Act. That really fizzed along. Her voice has extraordinary agility and range, and she has an impressively fearsome-sounding chest register, reminiscent of Marilyn Horne, which she used to comic effect. Javier Camarena is a strong Almaviva – best in his Don Alonso disguise. His Act One serenades showed his ability to sing softly and to produce some ravishing diminuendos, and if he was rather too forthright elsewhere, his technical prowess is remarkable.

Ferruccio Furlanetto’s Don Basilio has now attained ‘classic’ status, though the voice is dryer than of old and somewhat stentorian in delivery. Yet, he’s another who knows how to play on words, consonants and syllables to great effect, and in ‘La calumnia’ the orchestra matched him wonderfully. José Fardilha made an auspicious house debut as Dr Bartolo, replete with hilarious coloratura yawning and precise patter. Madeleine Pierard was a likeable Berta.

The audience responded with considerable laughter – rightly so as it’s a show with much to recommend it.