Donizetti’s “Linda di Chamounix” was here receiving its 25th performance at Covent Garden – but its 24th was in 1887! The opera, premiered in Vienna in 1842, was one of the great successes of Donizetti’s later career, and for a while this opera was a staple of the repertory until the works of Wagner, Verdi and, then, Puccini and other verismo composers and indeed Richard Strauss became more the focus of the opera-going cognoscenti.

Nowadays, although several of Donizetti’s 65 completed operatic works have seen a reversal of fortune and come to be staged with relative frequency, this had not occurred with “Linda di Chamounix”. That may, in part, be owing to the rather flimsy if typical plot that concerns the plight of a country girl in love with Carlo. He is a young aristocrat masquerading as a painter. Linda has to flee Chamounix for Paris to avoid the attentions of Carlo’s uncle, the lecherous Marquis of Boisfleury. In Paris, having lost the company of her friend Pierotto, Linda is protected in some style by Carlo, until she is found by the Marquis whom she repulses. Having heard that Carlo is being forced by his mother to marry someone more suitable, Linda is then found by her father who assumes she has fallen from grace and curses her causing her to go mad. Eventually the matter is resolved, Linda recovers her senses and all ends happily. This unrealistic mix of buffo style with somewhat-serious drama does not really fit to modern tastes (not that it is any more silly than the plots of many operas with a greater hold in the repertoire).

This concert performance under the persuasive conducting of Mark Elder and with a cast largely of Royal Opera debutantes certainly made light of the potential dramatic deficiencies and demonstrated that from a musical and vocal point of view there is much to challenge both singers and players and for an audience to enjoy. The Orchestra of the Royal Opera House was on fine fettle, with a vibrancy and fullness to its playing. The wooden shell placed around and above all of the musicians (the orchestra out of the pit) concentrated the sound and yet kept the textures clean and bright; there was excellent horn-playing, piquant woodwind interventions and an alertness to the various moods and colours of the score whether heroic or melancholic. Donizetti’s recreation on solo strings of the sound of Pierotto’s hurdy-gurdy was novel. The harp also made a notable contribution. 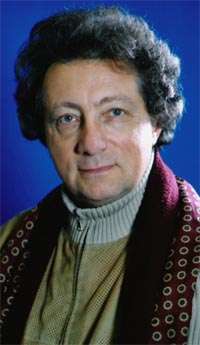 The singers too were a fine ensemble. Some were more overtly theatrical in their presentation, particularly the excellent Alessandro Corbelli as the Marquis of Boisfleury, a role which he sang in London’s last concert performance, in 1997. With his characterful bass he captured absolutely the faintly-ridiculous essence of this elderly, self-deluded, obsessive yet potentially dangerous roué. The Marquis provides the comic turn of the drama, and there are few who can match Corbelli in this repertoire. His Act Three scena was a real highlight, the patter keenly enunciated.

Marianna Pizzolato, singing the en travesti role of Pierotto, stood out with her ability to remain relatively still and to draw the audience in by virtue of her finely shaded and modulated singing. She has a lovely mellow voice and sang the plangent melancholic Act One ballad ‘Per sua madre’ most affectingly. The main tune of this aria provides much thematic material throughout the opera, and its reprise later in the work is one of the mechanisms by which Linda’s sanity is restored. It would be good to hear Pizzolato in some of Rossini’s ‘trouser roles’. Interestingly there is a duet in the second act between Linda and Pierotto, ‘Al bel destin che attendevi’, which harks back to the sort of duets between coloratura soprano and mezzo that Rossini wrote in operas like Semiramide and Tancredi. Here Pizzolato’s voice blended exceptionally well with that of Eglise Gutiérrez as Linda.

Gutiérrez too has a warm creamy voice, and is certainly not the showy glittery canary coloratura of (comic) convention. In her middle registers the voice has a lovely timbre that suits the slower and more languid music that is given to Linda. The upper register also sounds lovely, but in some way is almost dissociated from the rest of the voice. Sustained high notes caused some effort to produce, but they were always accurate and never blasted out. For the most part her technique was well up to the demands of the role, particularly Linda’s fiendish first aria ‘O luce di quest’amina’, which Donizetti added for Fanny Tacchinardi-Persiani for the Paris premiere. Gutiérrez’s runs were neat and non-aspirated, and if one or two or her many trills were occasionally imperfect one suspects that first-night nerves may have been to blame. Linda has a ‘mad scene’, one shorter and less showy than in “Lucia di Lammermoor”, and Gutiérrez sang this with aplomb. A little more dramatic interplay with some of her fellow singers would have increased the impact of her fine performance.

As her lover, Carlo, Stephen Costello revealed an elegant tenor, heady of tone and with a heroic edge for the noble’s more dramatic outbursts. He too blended well with Gutiérrez in their duets, and on this showing should be much in demand as an eloquent romantic tenor for this bel canto repertoire.

Ludovic Tézier’s virile and penetrating baritone was a distinct asset as Linda’s father, Antonio, and he made dramatic point of the moment where he curses his daughter for her apparent immoral lifestyle. Elizabeth Sikora, as ever, made much of little material as Linda’s mother.

In this type of drama there is usually a priest of some sort who can be relied upon to make rather vapid and usually ineffective declarations about events. “Linda di Chamounix” has one in the role of the Prefect. Balint Szabó managed, by dint of some fine singing and a wonderful sense of line, to make this particular priest less ponderous than most. His duet with Tézier’s Antonio was memorable.

With the ROH Chorus on fine form, the short solo interventions from members of the “Ragazzi Chorus” nicely differentiated, this was an enjoyable performance of an opera that deserves to be more widely known. Luckily, Opera Rara is recording these performances, with a fine cast and the ideal conductor.