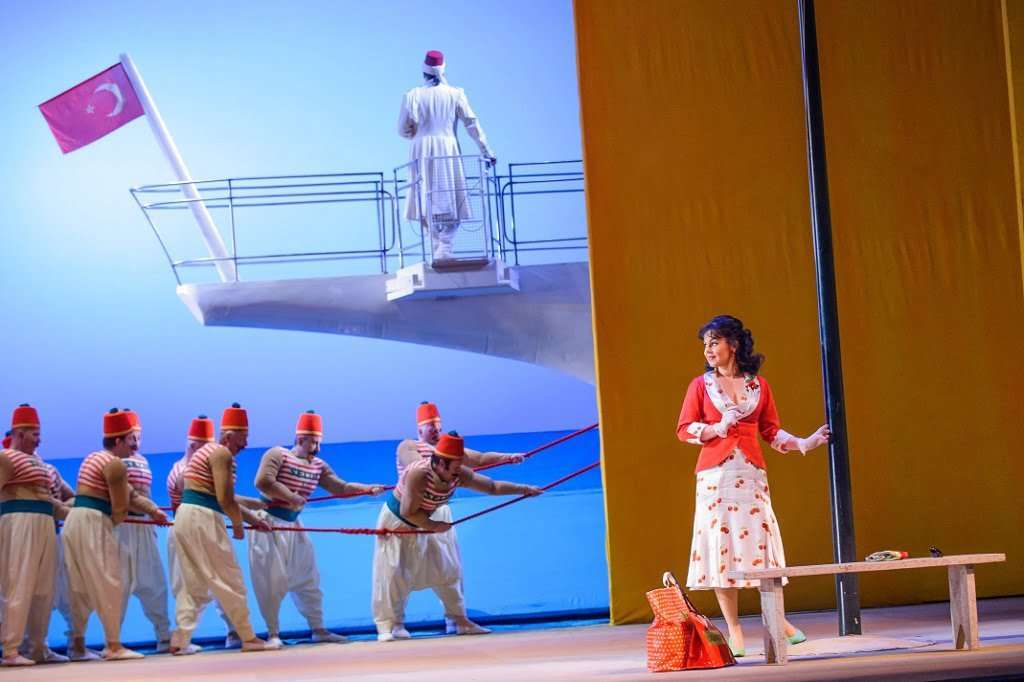 It’s almost exactly a decade since Patrice Caurier & Moshe Leiser’s colourful production of Rossini’s Il turco in Italia first graced the Royal Opera House stage (28 May 2005). It now returns – in its second revival – just three days and four months shy of the opera’s 201st-birthday (premiered at La Scala, Milan on 14 August 1814). Three of the cast have remained faithful to every performance of this first-ever Royal Opera production – Thomas Allen, Alessandro Corbelli and Ildebrando D’Arcangelo – with one returning from its original run (Barry Banks) and one more from its first revival (Aleksandra Kurzak). The Royal Opera likes to keep its Rossini in the family.

And the Turco pedigree can be traced back even further with two of the loyal originals – Thomas Allen sang the role of Prosdocimo in ENO’s Fellini-esque updating in its Italian season in 2000, and Corbelli sang the same role on Neville Marriner’s 1992 recording. Caurier & Leiser have also brought their touch for Rossini comedy to the Royal Opera in productions of La Cenerentola (2000) and Il barbiere di Siviglia (2005). 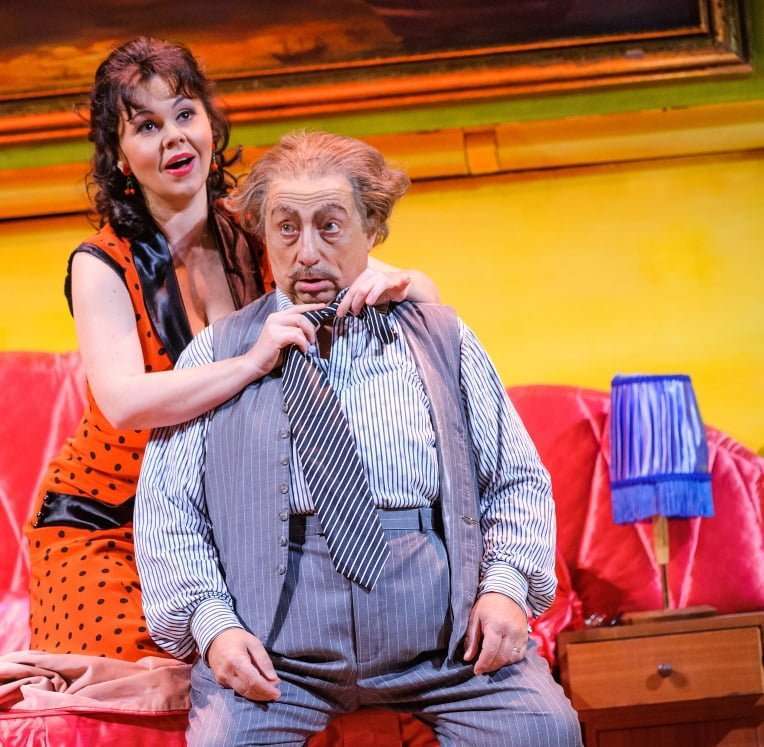 I was looking forward to renewing my acquaintance with Il turco, but – truth to tell – I was underwhelmed. The gypsy chorus and their mugging of two innocents (including a mother with a pram, robbed of her clothes and baby) smacks too closely of a UKIP view of immigrants to be amusing and I found much of the ‘funny business’ protracted and simply unfunny. This injects longueurs into the evening which Rossini’s music can only partly redeem. Evelino Pidò, admittedly, encourages lovely sounds from the pit, but it needs much more pizzazz. There’s some nice singing if nothing outstanding, although I liked Jette Parker Young Artist Rachel Kelly as feisty Zaida, who eventually reclaims her Turk, the dashing tourist handsomely taken by Ildebrando D’Arcangelo. Of course, Allen and Corbelli are tried-and-trusted old hands at this sort of thing, but this opening night found them on auto-pilot. 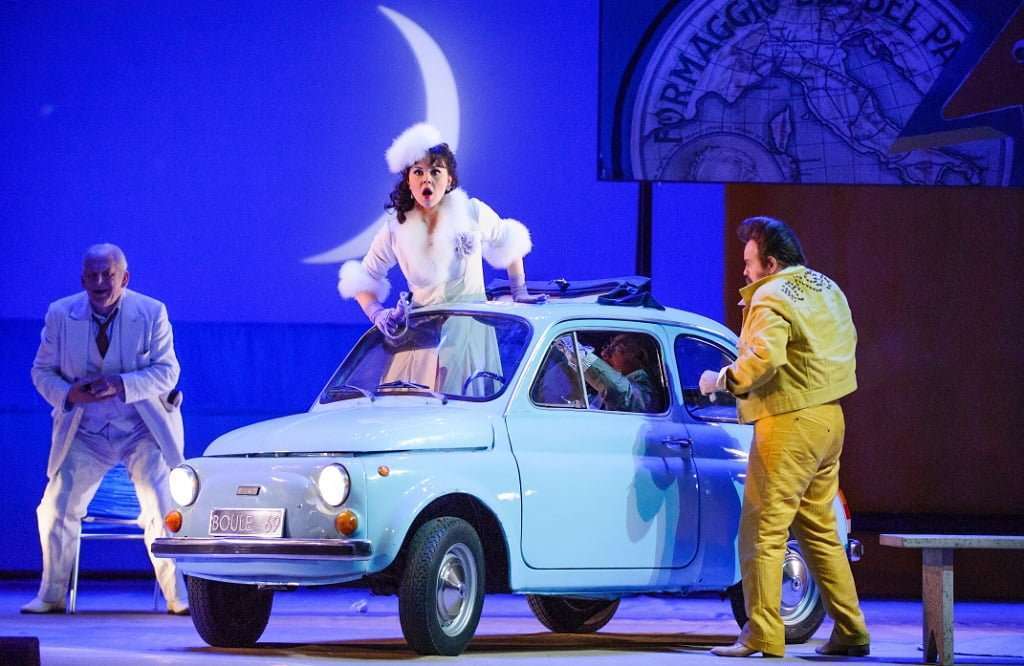 Rossini’s rather bizarre tale is post-modern in its use of the poet Prosdocimo (Allen) who is searching for an opera plot and finds one in the antics of people in Naples. His asides and meddling are rather like Don Alfonso’s ‘direction’ in Così fan tutte, so it’s not a surprise to discover that Mozart’s opera had recently been seen in Milan before Rossini’s opera was first staged. But I wonder if Il turco might be better if Prosdocimo was removed altogether (sorry Sir Thomas!), and the story be allowed to unfold without interruption. In this production he seems just to drag the action out even further – and then he has the audacity at the beginning of the second Act to suggest he quickly needs an ending!

Updated to the mid-20th-century, similarly adopting La dolce vita-style of the ENO production if not its specific Rome film-set scenario, Caurier & Leiser’s production, with sliding set and poster-colour contrasts, is rather thin on context, notwithstanding the use of a yacht and – together – a taxi, a Fiat and a Vespa. While the Turk may be the titular character, he’s merely a foil for the main meat of the plot: Corbelli’s portly, be-whiskered Geronio’s frustration at his flirtatious young wife Fiorilla (Kurzak) who takes a shine to the Turk, which means she also spurns the advances of Barry Banks’s yellow-suited Narciso (now complete with straggling forked beard, as if he has become a pint-sized Brian Blessed). It’s the resolution (or not) of this cuckolding that brings the opera – eventually – to a close.

I may be in a minority of one given the audience offered generous acclamation and hopefully the production will surely settle, but to me this smacked too much of routine and Rossini deserves better.