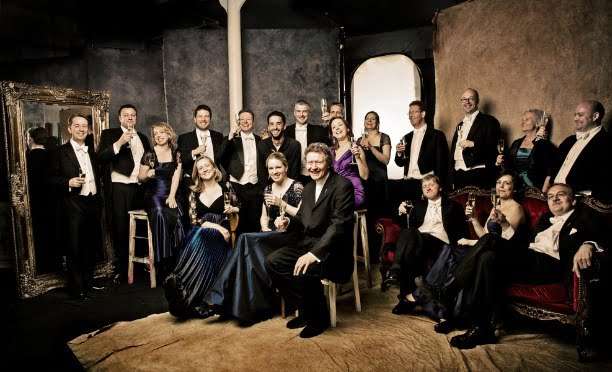 As part of The Sixteen’s current Wigmore Hall residency this concert formed a further slice of the 450th-anniversary celebrations for Monteverdi. It focused on his Selva morale e spirituale, a significant anthology of sacred music published in Venice in 1640 and 1641 – a retrospective summary of his achievements at St Mark’s where he had been maestro di cappella since 1613.

From this vast collection of some forty works Harry Christophers gathered together ten mostly-liturgical works bookended by a sprightly Beatus Vir and an uplifting account of the eight-part Dixit Dominus. Each was sung with one voice to a part, performances ranging from two to eight singers, accompanied mostly by two violins, cello, harp, theorbo, harpsichord and organ, all directed with finesse and expressivity by Christophers.

Beautiful as the singing generally was, there were times when the binary design of these settings began to lose its charm, especially when fast imitative passages juxtapose with slower chordal writing. Greater dynamic contrast might have added some variety to the regular deployment of duets for soprano and tenor, notwithstanding the energy and clarity of their delivery. That said, there were some stylish renditions, with tenors notably making light work of their florid lines in Beatus Vir; its stile concertato manner and joyful text well-served. Elsewhere, violins and supporting continuo caught the ear in passages of scintillating decoration, and provided some much-needed delicacy.

Relief from exuberance came in the guise of Madrigals that drew stylish contributions from five voices in ‘O ciechi, il tanto affaticar che giova?’ (reflecting on the ephemeral value of earthly treasures) and three vocalists in ‘Chi vol che m’innamori’ with an austerely beautiful instrumental epilogue as a moving commentary on the vicissitudes of love; and what a pleasure to hear these players alone, albeit briefly.

Earlier, sopranos Katy Hill and Elin Manahan Thomas (anchored by sympathetic continuo) brought dramatic substance to the expressive dissonances in Salve Regina, their fragmented sighs and insistent entreaties gloriously rendered in adoration of the Virgin Mary, the musicians working as a consort, listening and responding to one another.

Each half ended with some of Monteverdi’s most ambitious vocal writing; His festive Gloria a 7 offers opportunities for virtuosic and expressive singing, responded to with relish. The opening declamatory flourishes were as exhilarating as the smoothly polished chords of “Et in terra pax” were spine-tingling, and cavorting violins enhanced the dancing mood of “Laudamus te”. A similar dancing spirit inhabited the double-choir polyphony of Dixit Dominus – its driving rhythms, layered sonorities and vocal pyrotechnics coordinated by an ever-invigorating Christophers. If only for some dynamic contrast!