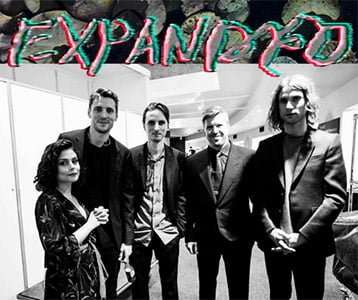 In its eight years of existence, These New Puritans has pursued a singular and unpredictable yet also methodical course from the oblique take on dance and new-wave idioms with Beat Pyramid, through a frequently visceral engagement with alternative rock on Hidden, then to the heady fusion which makes Field of Reeds arguably the most provocative album to have emerged in the UK over the past decade. Taking such an opus ‘on the road’ might seem a tall order, but this presentation at the Barbican Hall was in almost all respects a vindication. As might be expected from so protean a creative figure as bandleader Jack Barnett, Field of Reeds displays a formal focus in its follow-through between numbers – and across the album overall – that ensures cohesion: the nine tracks falling into three groups of three tracks apiece. 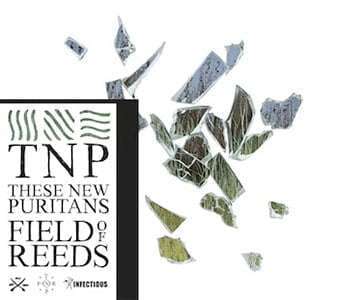 Thus from the pensive piano phrases and vaguely overheard voices which inform ‘The Way I Do’, through the gradually accumulating textural activity around vocals somewhere between distracted and nonplussed in ‘Fragment Two’, to the introspective though never indulgent or unfocussed self-communing that takes on unexpected fervency of ‘The Light In Your Name’. Then from the menacing interplay of declaimed vocals set against disjunctive percussion and keyboards – which latter mutate into a moody recessional – in ‘V (Spiral Song)’, through the sensual solemnity by which vocals and instruments variously meld and overlap in ‘Spiral’, to the engaging take on minimalist patterns that underpin the confided singing of ‘Organ Eternal’. Finally from the desolate soundscapes forming a backdrop to the unworldly duet of ‘Nothing Else’, through the childlike intoning of the vocal mantra given disquieting perspective by its variegated instrumental settings of ‘Dream’, to the overlaid and increasingly skewed textures – opening-out into a semblance of finality – of the title track.

Translating so intricate and overtly studio-based a concept into live terms is not easy – and, though TNP had brought their previous album to life at the Barbican Hall in the company of the Britten Sinfonia, its successor presents very different challenges. Not all of these were met, Barnett’s vocals intermittently submerged beneath the complex instrumental and electronic textures, and the equilibrium between rhythmic and harmonic elements having a tendency to congeal. Such failings were outweighed by the tangibility with which this music was, for the most part, projected: the Heritage Orchestra strings ensuring a firm sonic underlay, over which the brass reinforced its signal presence – not least the flugelhorn, cutting through with a plangency worthy of recent Scott Walker – while Synergy Vocals added an alluring if never merely cosmetic sheen. Above all, the contribution of Elisa Rodrigues came over with even greater immediacy and eloquence – complementing the angular percussion of George Barnett and insinuating electronica of Thomas Hein as an integral component of the album.

A generous encore slot featured re-workings of two tracks from Hidden – ‘Three Thousand’ and ‘We Want War’ emerging as even more implacable and assaultive than on their studio incarnations – along with the haunting new song, ‘Where The Trees Are On Fire’, which suggests that Barnett might well be adding a dash of alternative folk to future endeavours. Throughout the set, the lighting enhanced without overpowering the music – moving from lurid reds to garish yellows to a degree that proved illuminating in the most positive sense.

With support from the redoubtable Mira Calix (a pity a fair proportion of the audience used her set as backdrop for their sorties to the bar), this was an assured showing from a band intent on pushing genres, boundaries and listeners to their limits – and maybe beyond.