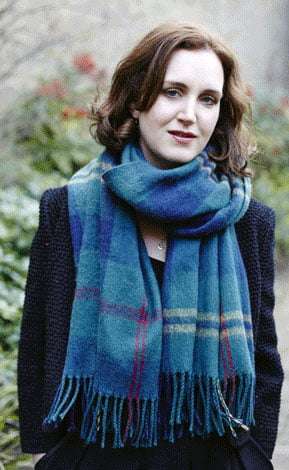 The installation of Simon Rattle as LSO supremo continued apace with this Britten Sinfonia concert put together – or, as we must say these days, curated – by Helen Grime, the young Edinburgh composer who wrote the Fanfare that opened the “This is Rattle” series.

She certainly crammed a lot into the programme, deferring to Sir Simon’s new agenda, with much British contemporary music from the past four decades including two pieces from 2007 and 2009 by herself, and doffing the cap to Rattle’s tendresse for Stravinsky.

Casting a long shadow over the evening was the figure of Purcell at his most inward, and his Fantasia Upon One Note was played by five string-players more out of delight in Purcell’s genius than any slavish devotion to ‘period’ practice, the omnipresent middle-C on a viola swelling and fading eloquently. This segued seamlessly into A Purcell Garland, written for the 1995 Aldeburgh Festival by Oliver Knussen, George Benjamin and Colin Matthews, all three composers never suppressing their musical identities and paradoxically rendering Purcell’s all the stronger. Their combinations of instruments honour the spirit of a viol consort’s muted discourse, heightened by the use of clarinet and celesta, and Matthews’s sudden eruption of volume and energy in his completion of Fantasia 13 made no bones about the depth of feeling in the sotto voce original. 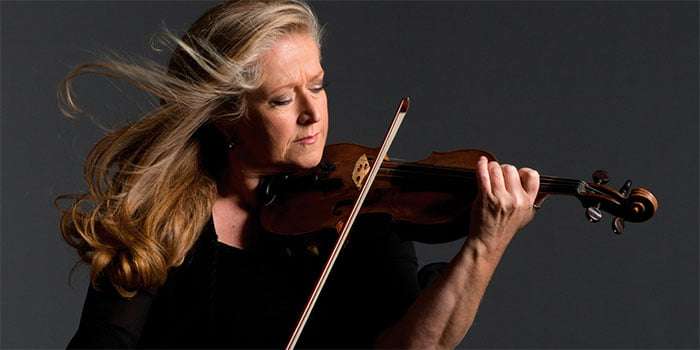 Grime had no identity problems in context with these grands seigneurs of modern English music. Into the Faded Air is a string sextet, a combination on the cusp of chamber and orchestral scale. The various groupings tore into the Birtwistle-like cragginess of its first movement, brought a Scottish lilt to a duet for violas and melted into translucent sweetness in the concluding chorale. Knussen had the last word before the interval with his Cantata (for oboe and string trio), which he wrote in his twenties. Nicholas Daniel gave the oboe’s role a freewheeling intensity that drew us straight into Knussen’s brand of fantasy, with its almost Ravel-like sensibility.

There was another, tougher work from Grime. A Cold Spring, for ensemble with a number of concerto-like solos, has great presence and character, to the extent that you think that her voice came fully formed. There was some respite in the slow movement’s lovely horn solo, spaciously played by Alex Wide, and the force of the outer movements plugged into the vernal vigour of Mahler and Stravinsky. Grime’s husband, the pianist Huw Watkins, added glamour to a very characterful performance of Thomas Adès’s Court Studies from ‘The Tempest’, before this survey of British music folded in Britten’s Sinfonietta, played with trademark panache and high-level responsiveness to the composer’s talent for surprise and novelty, led by the irrepressible Jacqueline Shave. The concert could have ended there, but then we’d have missed Stravinsky’s ‘Dumbarton Oaks’ in all its warmth, asperity and irresistible rhythmic bite.