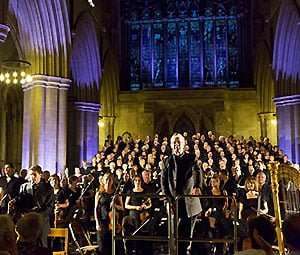 The St Albans Bach Choir and the Kensington Philharmonic Orchestra were joining forces for the first time. A perfect choice was made with Verdi’s Requiem, as spectacular as it is soulful, and which runs a gamut of emotions. Peter Ash, so experienced working with youth and amateur ensembles, was the perfect conductor to meld Choir and Orchestra together, which he did successfully and also chose just-right tempos while avoiding histrionic indulgences. He would have requested that the strings be seated ‘classically’, with the violin sections placed antiphonally, double basses behind the Firsts, and the cellos centre-left. Maybe he also made overtures for the use of a cimbasso (rather than a tuba) and to have the biggest of big bass drums, which made stunning fateful thumps during the ‘Dies irae’

The St Albans Bach Choir was marvellous – vibrant, committed, sensitive, dynamic and securely balanced and blended, and with notable togetherness, a community spirit; the fugal writing in ‘Libera me’ was delivered brightly, crisply and uninhibitedly. The Kensington Philharmonic Orchestra (not to be confused with Russell Keable’s Kensington Symphony) was equally dedicated and at its best in tutti (safety in numbers) passages, for in exposed moments both tuning and unanimity could be awry. The brass was impressively accurate and sonorous. The vocal soloists were variable, with Catherine Wyn-Rogers being the most modulated, varied and communicative, and although Robert Hayward was flawlessly accurate in pitch and authoritative, as well as suitably dark in tone, both he and his tenor colleague were often too loud, strident even, in this very immediate and uncluttered acoustic and compact venue, with a tendency to overly-dominate what was happening around them and rarely was there an attempt by any of the four to engage in really quiet singing. 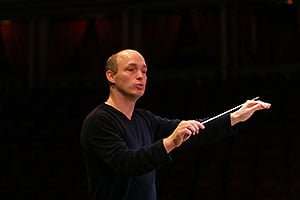 From the off it was obvious that the unambiguous direction of Ash, and his clear-sighted interpretation, had the measure of the score (its powerful sweep and its beguiling details) and the trust of the performers, for whatever insecurities there may have been along the way, there was much that was compelling and inspiring, and one had the sense that this is how Ash conducts Verdi’s Requiem, wherever he might be, for he made no concessions, not least in the ‘Sanctus’, full of get-up-and-go and requiring much agility and accuracy from the massed choristers and players, as large in each department as Cadogan Hall can accommodate.

If Verdi’s Requiem, a timeless masterpiece, wasn’t always unscathed here, it emerged intact and itself, a multifaceted and magnificent 80-minute drama unfolded wholesomely and leading to a long period of significant silence (such an underrated commodity these days) to greet the shadowy ending. Over its course the performers had given their best and their all.

A very different space, that of St Albans Cathedral, welcomes this work and these performers (with the possible exception of Hayward, here replacing at short notice an ailing Jonathan Best), conducted now by Andrew Lucas, on Saturday 19 July.