Skip to content
LnRiLWNvbnRhaW5lcltkYXRhLXRvb2xzZXQtYmxvY2tzLWNvbnRhaW5lcj0iNmIzNDMzNmNmZTc3NWZiNGJlMTVjMmIwMzU3NWM1MjYiXSB7IHBhZGRpbmc6IDI1cHg7Ym94LXNoYWRvdzogNXB4IDVweCAxMHB4IDAgcmdiYSggMCwgMCwgMCwgMC41ICk7Ym9yZGVyOiAycHggZG90dGVkIHJnYmEoIDEwOSwgMTA4LCAxMDgsIDEgKTsgfSAudGItZmllbGRbZGF0YS10b29sc2V0LWJsb2Nrcy1maWVsZD0iODM3Y2ExZjc0MGRjZDdkOTdlMzQzOWMyYjIwMWZmZTMiXSB7IGJhY2tncm91bmQtY29sb3I6IHJnYmEoIDIzOCwgMjM4LCAyMzgsIDEgKTtwYWRkaW5nLXRvcDogMTBweDtwYWRkaW5nLWJvdHRvbTogMTBweDtwYWRkaW5nLWxlZnQ6IDEwcHg7IH0g
LnRiLWNvbnRhaW5lcltkYXRhLXRvb2xzZXQtYmxvY2tzLWNvbnRhaW5lcj0iNmIzNDMzNmNmZTc3NWZiNGJlMTVjMmIwMzU3NWM1MjYiXSB7IHBhZGRpbmc6IDI1cHg7Ym94LXNoYWRvdzogNXB4IDVweCAxMHB4IDAgcmdiYSggMCwgMCwgMCwgMC41ICk7Ym9yZGVyOiAycHggZG90dGVkIHJnYmEoIDEwOSwgMTA4LCAxMDgsIDEgKTsgfSAudGItZmllbGRbZGF0YS10b29sc2V0LWJsb2Nrcy1maWVsZD0iODM3Y2ExZjc0MGRjZDdkOTdlMzQzOWMyYjIwMWZmZTMiXSB7IGJhY2tncm91bmQtY29sb3I6IHJnYmEoIDIzOCwgMjM4LCAyMzgsIDEgKTtwYWRkaW5nLXRvcDogMTBweDtwYWRkaW5nLWJvdHRvbTogMTBweDtwYWRkaW5nLWxlZnQ6IDEwcHg7IH0g
Vivaldi
L’oracolo in Messenia – Opera in three Acts to a libretto by Apostolo Zeno [reconstructed by Fabio Biondi; sung in Italian with English surtitles]
LnRiLWNvbnRhaW5lcltkYXRhLXRvb2xzZXQtYmxvY2tzLWNvbnRhaW5lcj0iNmIzNDMzNmNmZTc3NWZiNGJlMTVjMmIwMzU3NWM1MjYiXSB7IHBhZGRpbmc6IDI1cHg7Ym94LXNoYWRvdzogNXB4IDVweCAxMHB4IDAgcmdiYSggMCwgMCwgMCwgMC41ICk7Ym9yZGVyOiAycHggZG90dGVkIHJnYmEoIDEwOSwgMTA4LCAxMDgsIDEgKTsgfSAudGItZmllbGRbZGF0YS10b29sc2V0LWJsb2Nrcy1maWVsZD0iODM3Y2ExZjc0MGRjZDdkOTdlMzQzOWMyYjIwMWZmZTMiXSB7IGJhY2tncm91bmQtY29sb3I6IHJnYmEoIDIzOCwgMjM4LCAyMzgsIDEgKTtwYWRkaW5nLXRvcDogMTBweDtwYWRkaW5nLWJvdHRvbTogMTBweDtwYWRkaW5nLWxlZnQ6IDEwcHg7IH0g 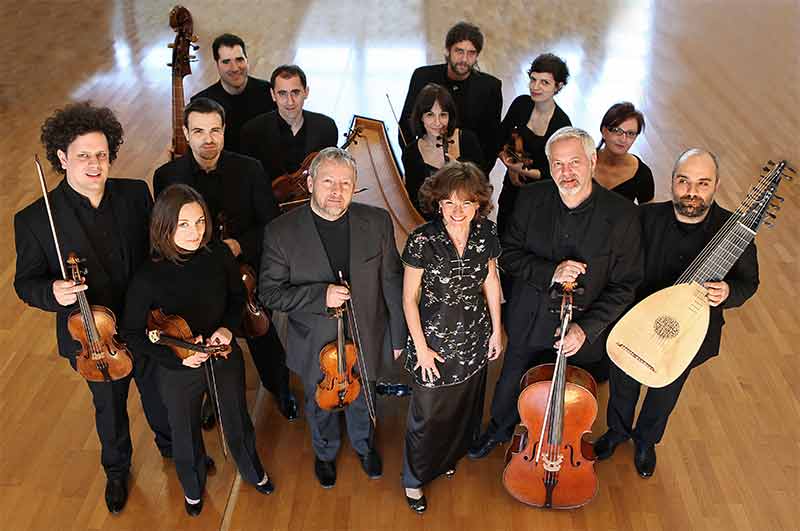 Few people have done as much to promote Vivaldi’s work as Fabio Biondi, in conjunction with Europa Galante, and we were therefore in the hands of highly accomplished and enthusiastic advocates of this music, and doubly indebted to Biondi for his reconstruction of L’oracolo in Messenia (The Oracle of Messenia, 1737) – itself originally a pasticcio opera by Vivaldi, for which only the librettos from its premiere and posthumous revival survive. The music selected by Biondi (from a variety of Vivaldi’s other operas, and the recitatives taken from an earlier setting of the text by Geminiano Giacomelli) fit the contexts very well, presenting a consistent and compelling experience.

Biondi (directing from his violin throughout) and his players breathed life and vigour into the sequence of numbers which are often rather foursquare and similar, with bustling melodies over pounding bass lines of repeated notes which rarely venture into the daring harmonic regions which Handel, for instance, would have attained. In any case, it is difficult to imagine that a better case could be made for Vivaldi, and the only significant deficiency was that in a few of the da capo arias the central passage was insufficiently contrasted with the main section and its repetition.

The opera’s plot (based on myth which inspired a now-lost play by Euripides) centres on the fulfilment of a divine oracle in the ancient Greek kingdom of Messenia, prophesying the realm’s delivery from two monsters; one is a wild boar, and the other turns out to be Polifonte, who has usurped the throne by secretly arranging the murder of the rightful king, Cresfonte. Magnus Staveland was a suave and confident villain, singing with a lustre which effectively embodied the persuasive charm and command needed to secure his position of power. As his craven accomplice, Rupert Enticknap brought out a certain sympathetic side to Anassandro (the character who killed Cresfonte) in showing him also to be, ultimately, the dupe of Polifonte’s evil schemes, and indeed Anassandro falls in on the side of justice just before it is too late.

The boar and Polifonte meet their fate at the hands of Epitide (the son of Cresfonte) who appears disguised as Cleon. Vivaca Genaux took this part, evoking the role’s patience and determination, though at times there was a tendency in her singing to a warbling sort of vibrato which perhaps detracted from the heroism that might otherwise have been more evident. As Merope – the widow of Cresfonte, whom Polifonte seeks to marry to consolidate his hold on the throne – Marianne Beate Kielland charted a powerfully dramatic course from agitation, rage and victimhood (being falsely accused of murdering her husband) to triumphant vindication. Merope has cause in several instances for sustained expressions of fury, and Kielland realised these artfully.

In terms of vocal technique alone, Julia Lezhneva’s Trasimede was the highlight, with her immaculate controlled coloratura in two arias, the first of which in particular was a wonder to hear, with its fast extensive scales, trills and melismas, prompting one audience member immediately afterwards to mount the stage and present her with a bunch of roses. Dramatically, though, Lezhneva was a little stiff and formal amongst a cast of otherwise excellent actors who exploited the limited means of this concert performance.

In the lesser parts of Emira and Licisco, Marina de Liso and Franziska Gottwald respectively maintained a distinctive vocal presence, contributing their parts to an all-round superb and cogent interpretation. Biondi’s expert co-ordination of his forces allayed any of the misgivings which could be entertained as to the shortcomings of Vivaldi’s music, and mention should also be made of the subtly spicy embellishments which Paola Poncet made at the harpsichord at dramatically suitable moments.