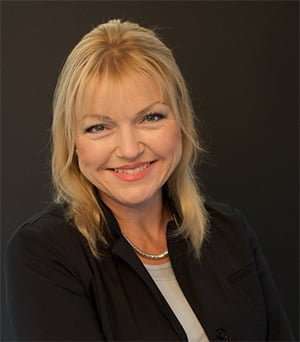 This recital, part of the extensive London-based Wagner 200 initiative featuring concerts, masterclasses, symposia and film screenings, will eventually encompass the Royal Opera’s new production of Parsifal in the autumn. Janice Watson showed a proprietorial interest in her programme. It was almost a lecture-recital: she introduced the songs, explained the reasons behind their selection and placed them in the context of both Wagner’s career and the development of German Lieder.

She began with songs written by Wagner in the ten years beginning in 1831. These she sees as evidence of a long period of experimentation based on varied models, leading to the emergence of a personal style. Wagner’s teenage setting of ‘Gretchen am Spinnrade’, from the Seven Compositions on Goethe’s Faust, replaces Schubert’s constant revolving of the spinning wheel with occasional trills in the piano part. Where Schubert’s Gretchen builds to two climaxes of passion, Wagner’s structure is based rather tamely on repeated refrains. The supposed hints of Das Rheingold that Watson discerned in that song escaped me but were much more prominent in ‘Der Tannenbaum’, a conversation between a baleful pine tree and an inquisitive youth. The tree’s ominous prognostication of the boy’s death in the final lines are set in a low tessitura, repeatedly descending to B flat below the stave are more than a little reminiscent of ‘Erda’s Warning. Two salon pieces in the French style followed either side of the incomplete ‘La tombe dit à la rose’; the influence of Berlioz has been inferred here. If these songs are short on inspiration there was no doubting the commitment of singer and pianist to performing them. 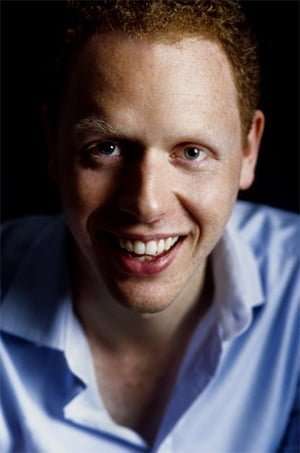 The inclusion of Schumann’s Opus 24 Liederkreis (there is another one, Opus 39) was intended to illustrate how the two composers differed in the rate of their development. When Schumann, close in age to Wagner and living nearby, published his first major composition for the voice in 1840 he appeared as a fully-fledged composer in the genre, while Wagner had yet to find anything like his own individuality. Schumann had already developed an appreciation of structure for the work as a whole, built on contrasts in tempo, feeling and imagery. The sophistication in the construction of the songs reinforces this impression of early mastery, as does the unerring faithfulness to Heine’s ironic alienation. Schumann’s trademark extended postludes, sometimes an expansion of, sometimes providing a commentary on the poetic ideas just heard, are already present. The quality of Middleton’s understanding of Schumann’s style was unmistakable. The weight of the poet’s rhetoric is a potential hazard; I have heard some performances in which the accompaniment threatens to overwhelm the vocal message but here the balance was well managed. Watson communicated the emotional discomfort present in all except the last song. ‘Schöne Wiege meiner Leiden’ emerged as the pivotal setting. Expressive colouring allowed the full emotional experience, of both Heine’s lyrics and Schumann’s settings, to emerge. This was the most rewarding element of the programme.

Reverting to experimental Wagner to end the first half Watson went into grand opera mode with the Meyerbeer-esque ‘Adieux de Marie Stuart’; its foursquare melody, flamboyantly decorated line, downward tumbling scales and a concluding cadenza culminating in a leap into the stratosphere amounted to what the mature Wagner would doubtless have described as ‘effects without causes’. In the recital’s second half, ‘Attente’ suggests the rhythmic verve which was to come in the Prelude to Act Three of Lohengrin but also, Watson suggested, the lack of experience which led Wagner to omit any opportunity for the singer to breathe in the course of its progress!

The greatest single influence of a musician on Wagner’s development was unarguably Franz Liszt. The mature works of Hugo Wolf are now widely regarded as the culmination of the work begun by Schubert to emancipate the piano accompaniment in the Lied, making it an equal contributor in the transmission of the poetic text. This has led to Liszt, with a smaller corpus of songs, being neglected. The three songs which Watson chose are among his best and perfectly illustrate how he devised a musical form to fit each poem. Lenau’s narrative poem ‘Die drei Zigeuner’ is given a spectacular setting, almost symphonic in its use of vocal and instrumental resources, here delivered unsparingly by the two artists. The other two songs, in complete contrast to the melodrama of the first, require refined and sensitive musicianship which Watson and Middleton again supplied.Watson’s chest register, firm, expressive and well equalised with the rest of her voice, is a strong asset.

That area of the voice is the essence of Wagner’s writing in the Wesendonck songs: some of their most successful recordings have been made by mezzo-sopranos. I have to confess to feeling deprived when faced with the piano version. The orchestral colours are really essential for the full impact of Wagner’s invention, which is a genuine frustration and more than just a truism. Even Middleton could not get close to conveying the range of exotic sounds demanded, particularly in the two ‘studies’ for Tristan und Isolde. In the intimate space of Hall One at Kings Place, ideal for song, with the relationship between musicians and audience assisted by the perfect angle of the raked seating, Watson’s large voice was under disciplined control. She covered her tone skilfully in ‘Der Engel’ and ‘Im Treibhaus’, and reserves of power were set free in ‘Stehe still!’ and ‘Schmerzen’ where a more dramatic utterance is required. Enunciation of the text left nothing to be desired. I have heard rather more soft singing in these settings and crisper treatment of the dotted rhythms in depicting the wheel of time than Watson offered. However, Janice Watson and the authoritative Joseph Middleton can feel content with this valuable contribution to the Wagner celebrations.