Weber
Der Freischütz – Opera in three Acts to a libretto by Friedrich Kind [concert semi-staging sung in German, with English surtitles and an English narration by David Pountney] 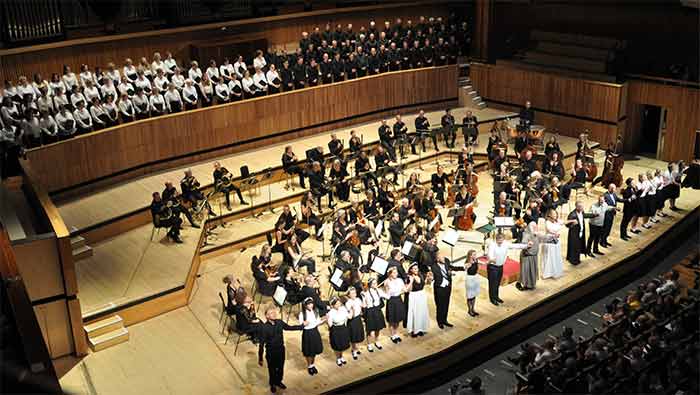 This was the 30th-birthday concert of the Orchestra of the Age of Enlightenment, and an intense celebration of all it has brought to the musical scene in the UK and further afield both in terms of brilliant and original performances but also to our understanding and appreciation of the music of the periods in which it specialises.

All these were evident from the Overture onwards of Weber’s most-famous opera, Der Freischütz. Mark Elder brought all his considerable theatrical experience to bear on the score and demonstrated why this work and its orchestration must have sounded so astoundingly original to its first audiences. The sound was lean, and allowed the listener to relish all the innovative sonorities that Weber puts into play. The distinctive timbre of ‘period’ horns and trombones added a certain frisson to the evil machinations of Kaspar and Samiel and there was joyous rusticity to the pastoral moments. Likewise the upper woodwinds were on wonderful form enjoying both Weber’s melodic invention as well as the shrieking accompaniment to Kaspar’s drinking song.

The opera itself was very influential. Certainly Berlioz, Wagner, and the romantic Bohemian composers such as Smetana and Dvořák and some would even say elements of Mahler and Strauss trace back to Freischütz. The ‘Wolf’s Glen’ scene that closes the second Act is justifiably famous and here with minimal props (a small stone circle, a skull and a dagger) it made its impact well. 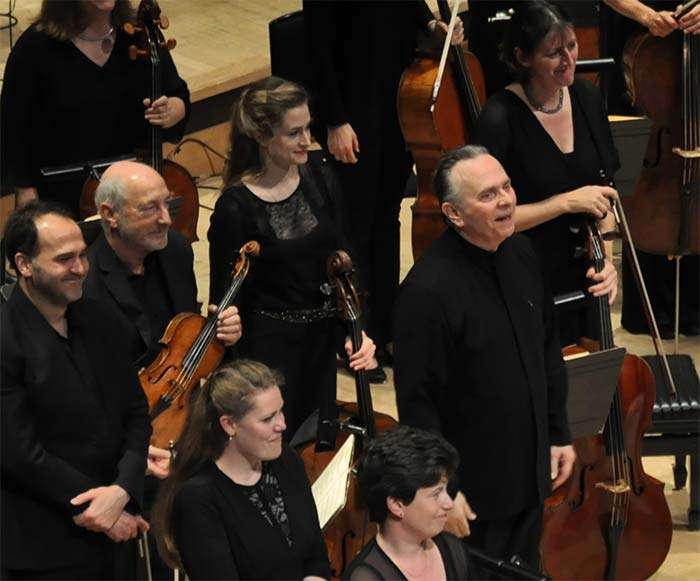 Vocally this was also a feast for the ears. Rachel Willis-Sørensen’s Agathe showed a voice of amplitude, flexibility and creamy tone. Her two tricky arias were superbly sung, ‘Und ob die Wolke’ especially lovely. Agathe is the prototype of many other soprano characters with an inner strength coupled with apparent outward placidity (Wagner’s Elsa, Elisabeth and Eva, and Richard Strauss’s Ariadne, Empress, Arabella and Countess). Willis-Sørensen showed she has or may have these in her sights. Christopher Ventris was a suitably tortured Max, keeping the lyrical aspects of the part to the fore and its heldentenor characteristics in check. Simon Bailey stood out as an intense and imposing Kaspar, every consonant and sibilant telling – his voice has a striking sinewy quality allowing him to present a more complex and chilling character than the usual inky-black bass-baritones, and he carried ‘Wolf’s Glen’ from a dramatic perspective and with intensity. Sarah Tynan was a bright-voiced and pert Ännchen, and Wyn Pencarreg, Marcus Farnsworth, Emily Garland and William Dazeley brought distinction to their relatively brief appearances.

John Tomlinson, ever the stage-animal, was there in three capacities. He was the narrator of the tale for David Pountney’s script (replacing pages of spoken dialogue), joining the action to sing the pivotal role of Hermit (here Wotan-like) in the final Act, and was also the demonic Samiel. The London Philharmonic Choir was on exuberant form as the peasantry and as agents of the spirit world.

All credit to Mark Elder, the singers, OAE and David Pountney for realising Der Freischütz so effectively.