It is not so many years ago that the Philharmonia and Esa-Pekka Salonen were playing a significant role in the Southbank Centre’s survey of twentieth-century music, and now, with one more concert to go, the same forces are refining their focus specifically on the Weimar period, that wild force of nature that defined a desperate, dysfunctional muddle with virtuoso expression. The spirit of J. S. Bach hovering over this concert gave the clue to how traumatic this brief, cultural flash-in-the-pan was, an elusive ideal that became all the more poignant as its redemptive certainties were pressed into service. 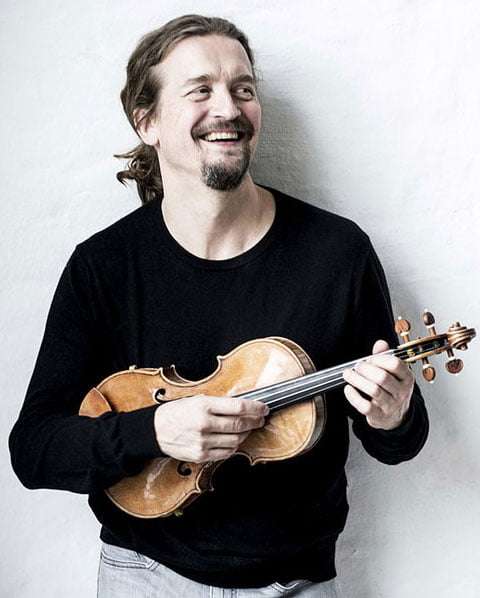 Hindedmith’s Ragtime (presumably his orchestration of the final movement of his 1922 Suite for Piano) may have been intended to show how timeless and adaptable Bach’s music is – just add a bit of syncopation to the fugue subject of the Book I C-minor Prelude and Fugue and, hey presto, you has jazz – but the result, like those later attempts from the Swingle Singers or George Malcolm in Bach Goes to Town, is self-conscious and never quite shakes off Bach’s rigour and purpose, even in the hands of a great contrapuntalist like Hindemith.

Much nearer the mark are Schoenberg’s transcriptions of two of Bach’s organ Chorale Preludes, which both fragment and glorify the originals, a point eloquently made by a cello laying down a tune with reverential tact, echoed by the Philharmonia’s layered unpicking of organ sonorities, with the addition of cymbals sounding more or less in place.

Bach is the end-game of Berg’s Violin Concerto, and the more Christian Tetzlaff and Salonen took “the memory of an angel” to distracted extremes, the more Bach became the only possible resolution. From the spectral opening murmurings between harp and soloist – as though Berg from the start is already struggling to get a fix on the spirit of Manon, the daughter of Alma Gropius (Mahler’s widow), who died in 1935 (as did Berg later the same year, from septicemia) – this was an intense, secretive account, in which Tetzlaff surpassed himself as he moved easily between remembering and describing the lovely girl to becoming her.

Aspects of her nature momentarily took form then slipped back into shadow as Tetzlaff’s generally quiet sound emerged and submerged with astonishing clarity. Set against the discursive generosity of moments of vitality were the crisis passages, when Tetzlaff’s tone mysteriously curdled and atrophied. The violinist plays almost all the time, and Tetzlaff’s portrait was a miracle of spontaneity and profound imagination. He made the tender folding of her shade into the ‘Es ist genug’ chorale both a release and a transfiguration, while Salonen and the Philharmonia underpinned everything that Tetzlaff did with a sensitivity and delicacy that itself got close to evaporating.

Both the Berg and Hindemith’s Mathis der Maler Symphony appeared after Hitler had seized power – Berg had died, and the non-Jewish Hindemith, also tarred with the entartete brush, eventually followed Schoenberg into exile in the United States.

The Symphony Hindemith drew from his opera about the German artist Matthias Grünewald is rarely programmed, but Salonen’s expansive conducting ensured that both music and painting complemented each other in the heavenly momentum of the ‘Engelkonzert’ and a visionary account of the ‘Temptation of St Anthony’ Finale, which shifts gear into a marvellous rethink of a Lobgesang (song of praise), very much in the spirit if not the style of Mendelssohn. Judge for yourself in the BBC Radio 3 broadcast on Monday October 7.