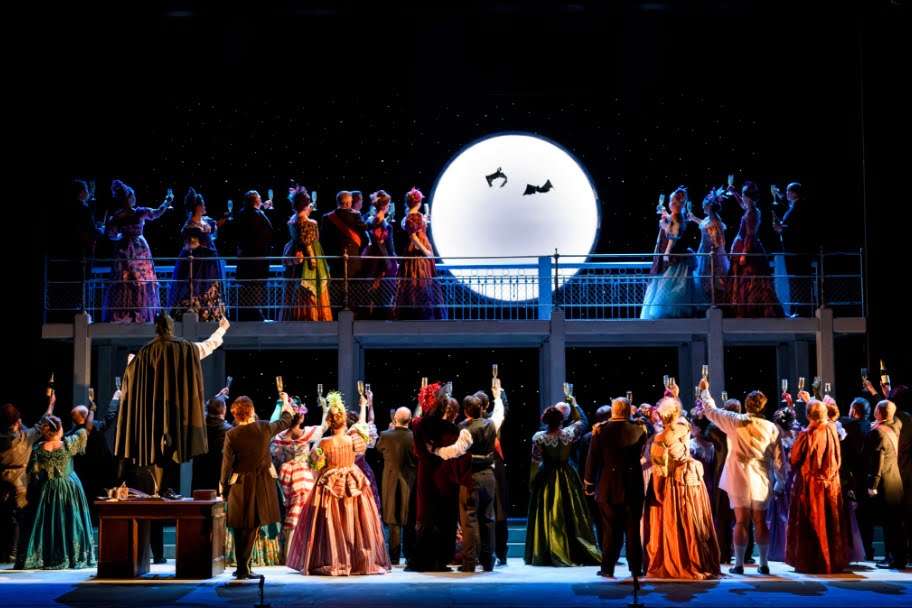 Operetta as it should be – an evening of stylish yet shameless frivolity and fun! It’s beneficial to emerge from a theatre having enjoyed some great music-making, had a good few laughs and with a head full of the earworms that Die Fledermaus has in abundance.

That standards were going to be high was evident from the first bars of the Overture. Tomáš Hanus kept textures clean and airy, and the pacing was extraordinarily elastic, carefully judged rubato alternating with spurts of exhilarating momentum as the felicities of Johann Strauss’s orchestration were uncorked.

John Copley’s production, new in 2011, is relatively straightforward – no surprise dislocations of period or action here – yet also adopting some ‘modern’ song-and-dance routines without them jarring. There is witty dialogue including some hilarious punning, and some visual gags. There are operatic send-ups, too, particularly from Shaun Dixon’s amiable, extrovert Alfred and Mary-Elizabeth Williams’s Rosalinde, and praise too for the singable English translation – nearly everyone got their words over the footlights with admirable clarity. 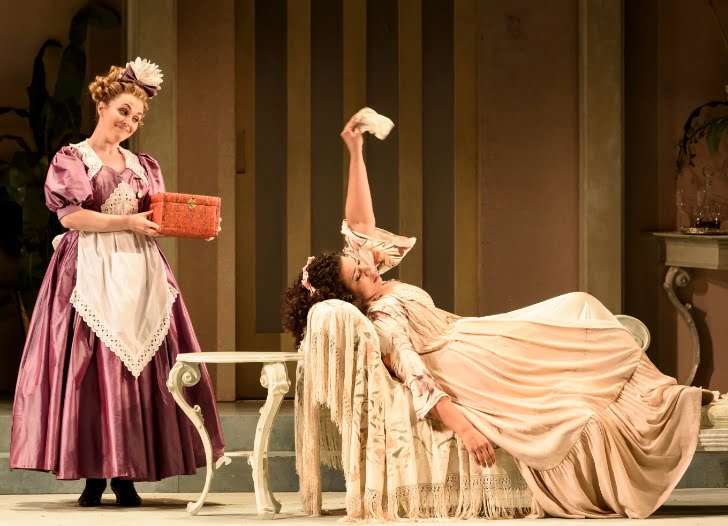 Williams might seem odd casting as Rosalinde, for here is a singer with dramatic roles such as Tosca and Abigaille. She certainly held the attention, displaying great comic timing in acting and spoken dialogue, and has a big voice with a personality to match. In Acts One and Three her appearance is akin to a very glamorous operatic version of Frances de la Tour, and in Act Two her pseudo-Hungarian accent and the ‘Czárdás’ is brilliantly executed. As her errant husband Mark Stone also reveals notable comedic aptitude, singing with his customary ease, and Alan Opie is a witty Colonel, and boy does he know how to put words across. As Adele, Rhian Lois’s sparkling vocalism and pert acting is a fine assumption.

Prince Orlofsky is a tough role, and Emma Carrington is particularly good with dialogue and at evincing the boredom of the Russian millionaire: ‘Ich lade gern mir Gäste ein’, about an adolescent experiencing issues with a breaking voice, was stylishly sung. Ben McAteer is a dapper Dr Falke and Joe Roche makes much of limited opportunities as Dr Blind.

One of the danger-points of Fledermaus can be the scene with the gaoler Frosch; getting the comedy wrong here, the start of Act Three, can easily kill the show. Not so from Steve Spiers – some likeable banter with the audience, players and conductor, well-aimed barbs, and contemporary politics are handled with geniality. The Chorus is integral to the whole, dancing and acting through the ball-scene with aplomb and stirring the soul in the ‘Brüderlein, Brüderlein und Schwesterlein’ ensemble. Champagne!